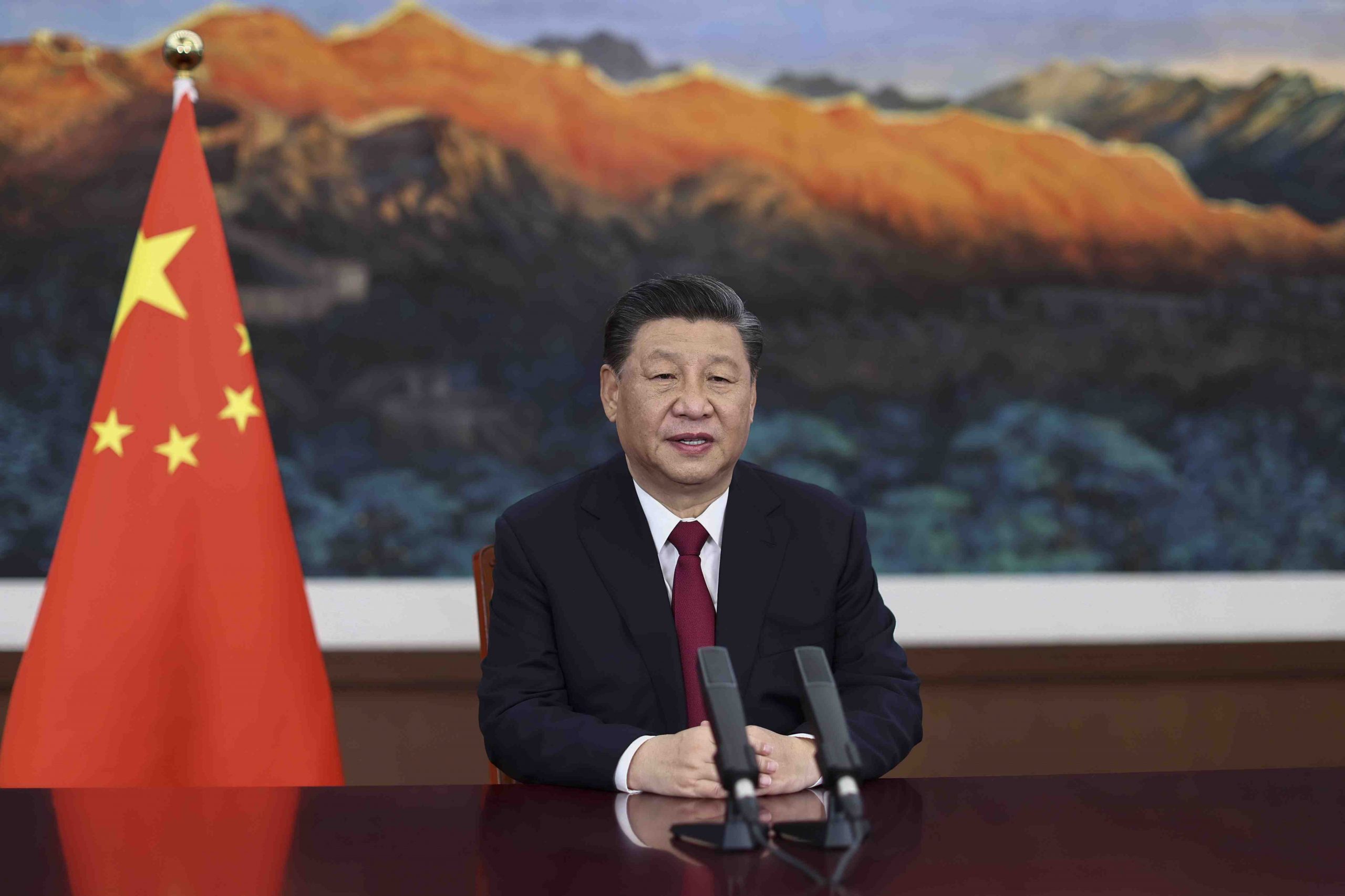 In this photo released by Xinhua News Agency, Chinese President Xi Jinping delivers a keynote speech via video for the opening ceremony of the Boao Forum for Asia (BFA) Annual Conference, in Beijing Tuesday, April 20, 2021. Xi called for more equitable management of global affairs and said governments shouldn't be allowed to impose rules on others. (Ju Peng/Xinhua via AP)

On September 16, China formally applied to join the Comprehensive and Progressive Agreement for Trans-Pacific Partnership (CPTPP). Then, on September 22, Taiwan also applied to join the group. What probably explains the timing of Taipei’s move is the anxiety that, if China is accepted into the organization first, it will move to block Taiwan’s participation.

Beijing reacted quickly to Taiwan’s announcement, with China’s foreign ministry issuing a statement the very next day, declaring that China firmly opposes Taiwan “entering any official treaty or organization” on its own.

Accession to the 11-member CPTPP (previously known as the TPP) requires unanimous approval by all current members. China can now be expected to increase diplomatic pressure on member countries to block Taiwan’s involvement.

Amid this maneuvering, it is clear what course Japan should take. Japan should provide across-the-board support for Taiwan’s membership application.

In terms of Japan’s national interest, Taiwan is a far more suitable new member of CPTPP than China.

Considering that Japan and Taiwan share the same basic values, including rule of law, and enjoy close economic ties, it is only natural that Foreign Minister Toshimitsu Motegi welcomes Taiwan’s application, characterizing the island nation as an “extremely important partner.”

Bolstering ties with Taiwan, which is a global powerhouse in semiconductors and other hi-tech fields, goes beyond just commercial considerations. It also impacts Japan’s economic security as it eyes Beijing’s hegemonic behavior.

In addition, Taiwan’s participation in the CPTPP takes on added significance in the light of the fact that it is not a member of the 15-nation Regional Comprehensive Economic Partnership (RCEP), which includes Japan, China, and South Korea.

It is significant that, when asked if Taiwan is willing to abide by the CPTPP’s high-standard rules, President Tsai Ing-wen replied, “We are prepared to accept all of the rules.”

Taiwan imposed import restrictions on some Japanese food imports following the nuclear disaster in Fukushima Prefecture. It should quickly move to lift them in order to demonstrate through action how much it wants to join the CPTPP.

Meanwhile, it is strange that Beijing should so vehemently lash out at Taiwan’s application for membership, since both China and Taiwan are members of the World Trade Organization (WTO). It is illogical, therefore, for Beijing to assert that Taiwan cannot join the CPTPP.

To begin with, not only is China not currently a member of the CPTPP, it has not even begun negotiations to accede to the group. Is Beijing nonetheless determined to use its influence at this stage to dictate whether or not another country can join?

China apparently wants to force other countries to do as it desires rather than abide by the group’s own decision. If Beijing is going to adopt such a stance, that is all the more reason to approach China’s entry bid with the utmost caution.

No doubt the CPTPP member nations view the respective membership applications from China and Taiwan with varying degrees of warmth. How should Japan, as the chair of the group for 2021, respond?

We are now in the midst of an election for a new leader of the Liberal Democratic Party (LDP). In this light, we would hope that all four of the candidates will clearly spell out their views on how the applications from China and Taiwan should be handled.