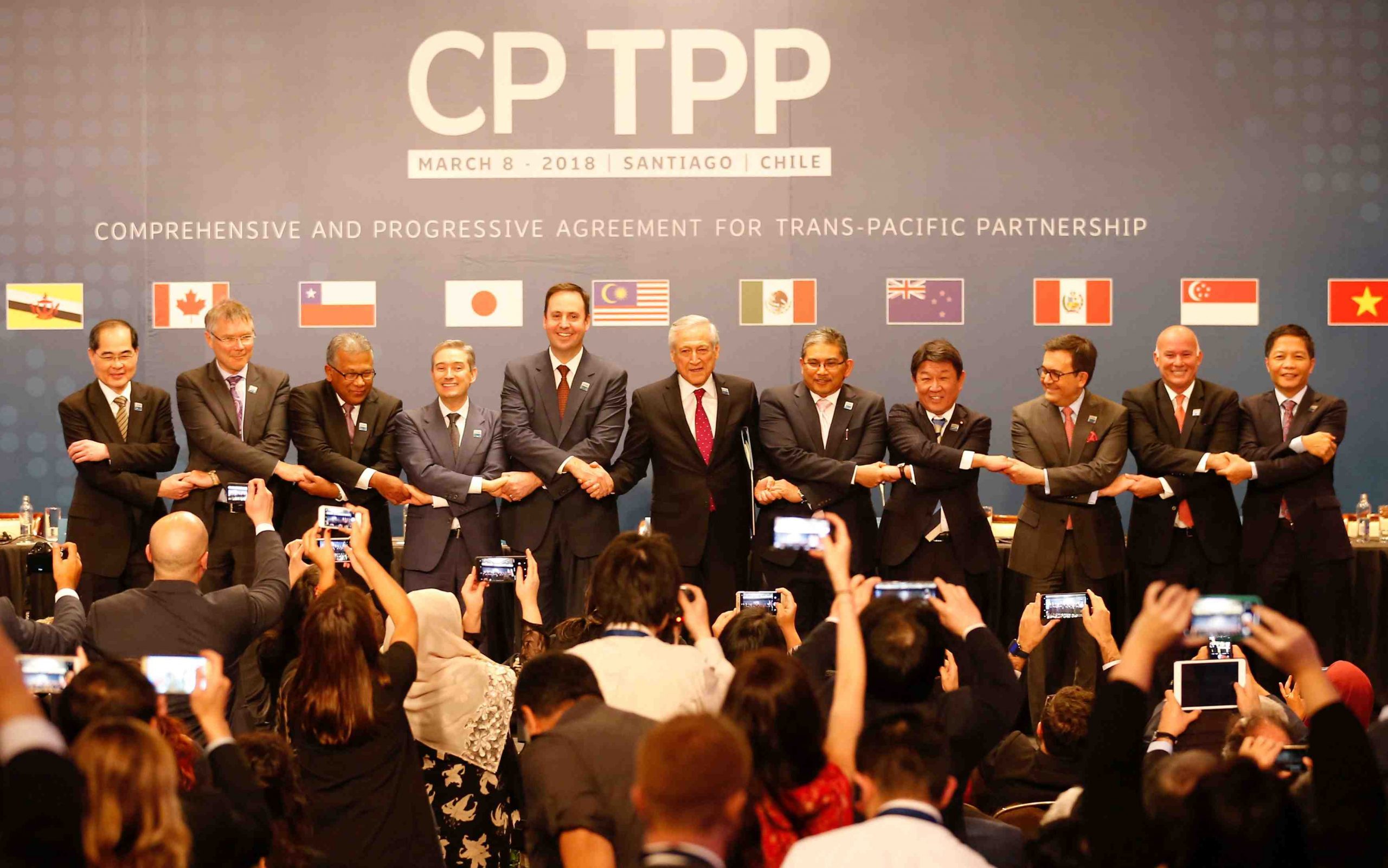 A lion watches three bulls grazing in a field. The bulls initially show strong solidarity, but the lion approaches one of the bulls in secret and says, “The other two are bad-mouthing you behind your back.”

Eventually, the solidarity among the three bulls breaks apart and they fall victim to the lion’s sharp teeth.

The lion in this Aesop’s fable is a classic example of a wolf in sheep’s clothing. Just replace the lion and bulls with humans and you get a microcosm of society itself.

On September 16, China submitted an application to become a member of the Comprehensive and Progressive Agreement for Trans-Pacific Partnership (CPTPP). This is a country with state-owned enterprises protected by subsidies, regulations blocking the freedom to transfer information, forced labor in the Xinjiang Uyghur Autonomous Region, and the audacity to join a free market despite placing its own economy under the control of the state.

The U.S. withdrawal adds insult to injury because China obviously intends to convert the huge market into its playground.

China will need the approval of all members to enter into negotiations or to become a member of the pact. But it will prove difficult for China to be considered one of their own. Just take the example of China’s high tariffs imposed on Australia over their strained relations since the pandemic.

The members need to be cautious about giving China a seat at the negotiating table and safeguard their solidarity from breaking apart by the lion’s whispers. The CPTPP is economic security under the name of “free market,” and its tenets should not be easily bent.

As this year’s chair of the trade pact, Japan’s ability to exercise sound judgment will also be under scrutiny.

Finally, here’s another Aesop’s fable: God gave humans blood to distinguish the good from the bad, so only the good who had done a shameful deed would blush.

How about the morality of a country that, without batting an eye, lures developing countries into a false sense of security with the bait of its Belt and Road Initiative?

As the English proverb goes, “The road to hell is paved with good intentions.”

(Read the Sankei Shimbun opinion article in Japanese at this link.)