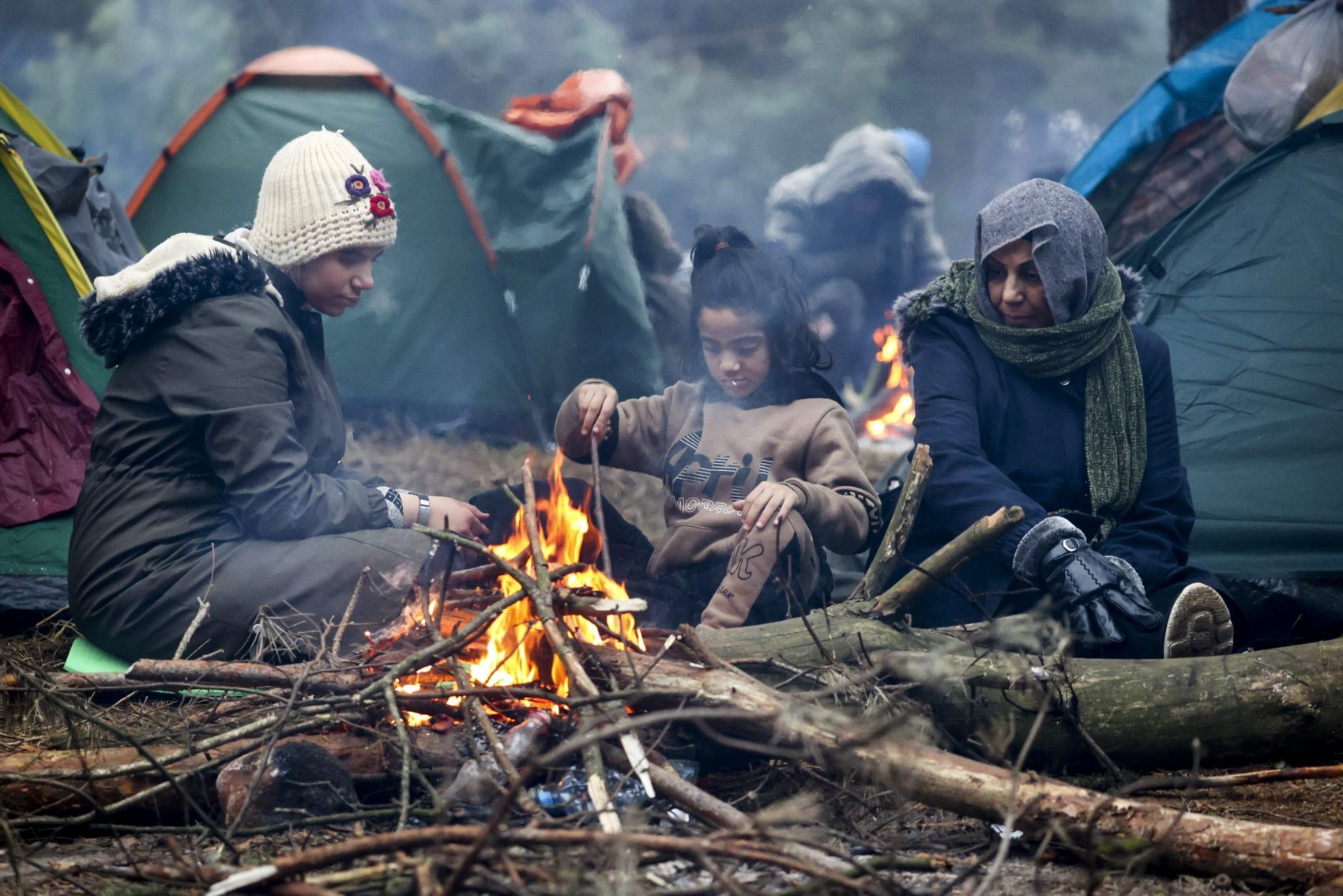 Migrants from the Middle East and elsewhere warmup at the fire gathering at the Belarus-Poland border near Grodno, Belarus, Wednesday, Nov. 10, 2021. (Ramil Nasibulin/BelTA pool photo via AP)

Tensions are rising as more than 3,000 would-be immigrants and refugees seeking to enter the European Union through Belarus, a former Soviet Union member state, are surging at the border of Poland, an EU member.

Poland and the EU have accused the Belarusian regime of President Alyaksandr Lukashenko of encouraging migrants from the Middle East and elsewhere, and sending them toward the EU. Arguably, the regime's action is in retaliation for the economic sanctions imposed on Belarus by the EU states.

Belarusian authorities are using travel agencies to collect would-be immigrants from the Middle East and having them flown into the country on tourist visas. After entering Belarus, they are carried by bus to the vicinity of the EU border, where they are dropped off and left. Such inhumane behavior should be stopped immediately.

The Lukashenko regime also forced the landing of a European airliner flying over the country, taking into custody journalists aboard the plane who were critical of the Belarus administration. Domestically, it is clamping down on dissidents seeking democratization. For this reason, the EU has been imposing sanctions since June 2021.

EU President Ursula von der Leyen, the head of the European Commission, condemned Belarus for using vulnerable migrants as shields in a “hybrid attack by a dictatorship” in retaliation for sanctions, and expressed her intention to make the EU’s sanctions on Belarus even tougher.

A hybrid attack is not a regular military battle, but it rather uses a combination of hostile acts, including espionage, cyberattacks, fake news dissemination, militia, and special forces.

Poland is now considering blocking the border. Many immigrants and refugees are said to be heading to Germany.

There is widespread opinion that Russia is supporting Belarus’s scheming moves this time. For example, Moscow has flown a strategic bomber over the scene of the immigration crisis and called it “a joint patrol exercise with Belarus.”

President Lukashenka, moreover, threatened to shut down the natural gas pipeline that runs from Russia through Belarus, if the EU tightens its sanctions.

Meanwhile, the immigrants and refugees are stuck in the woodlands near the EU border with no sign of a resolution of the volatile situation in the near future. They are suffering from the harsh cold, and the lives of some infants are reportedly at risk from hypothermia.

Belarus, the EU, and other members of the international community should waste no time in working together to provide humanitarian assistance.