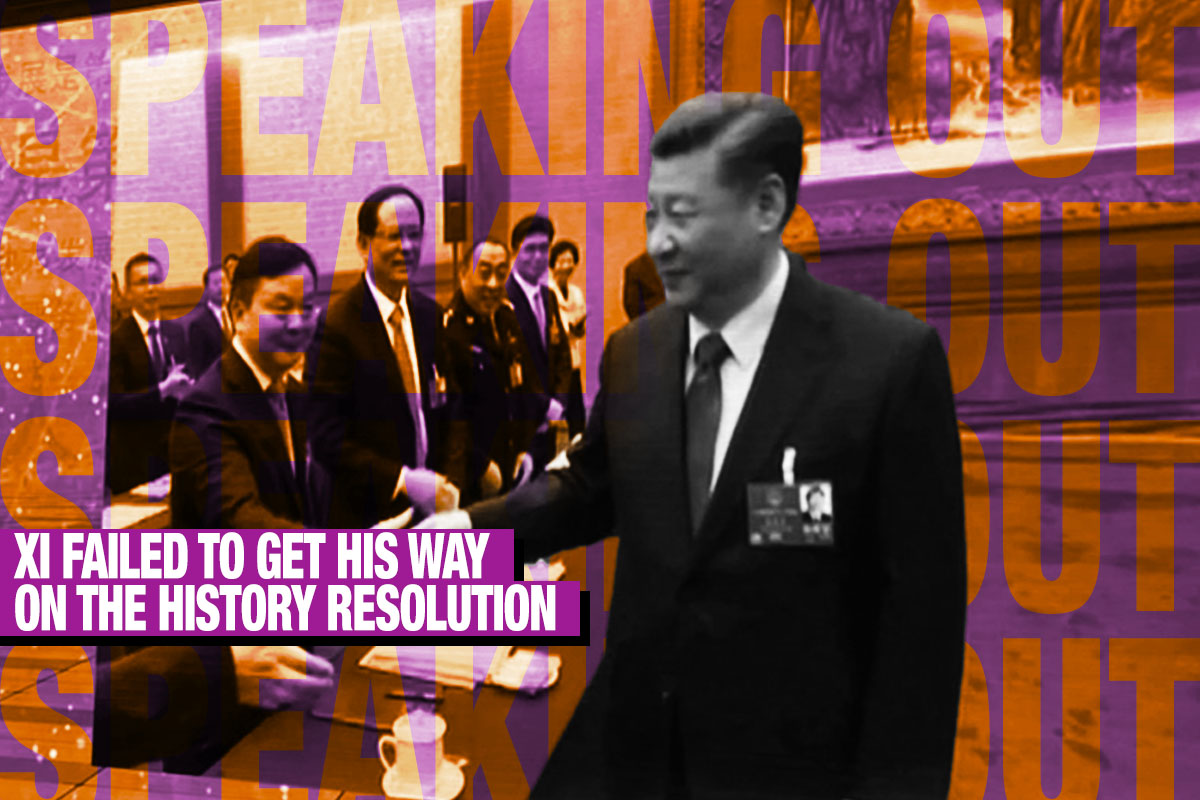 In tandem with the history resolution, the CCP is spreading its vision of Xi Jinping's accomplishments far and wide to create its new historical reality.

The Sixth Plenum of the Chinese Communist Party (CCP)’s 19th Central Committee adopted a history resolution praising President Xi Jinping’s rule at its  four-day session held November 8-11. It is the third such resolution in the CCP’s 100 year history.

Xi, who seeks his way in securing an unusual third term as CCP general secretary at next autumn’s 20th Party Congress, attempted to elevate his status as he took advantage of the party’s centennial and summed up the party history. But we should note that the resolution was not necessarily satisfactory to Xi.

The first CCP historical resolution came under Mao Zedong in 1945, as he sought to expel pro-Soviet cadres. The second was passed under Deng Xiaoping in 1981 to break away from the cultural revolution line i.e., the Mao dictatorship. Their common purpose was to enhance the prestige of the CCP’s top leader, who instigated adoption of  the resolution.

The latest resolution includes nearly nothing new. But the point is that it clearly describes the achievements of former General Secretaries Jiang Zemin and Hu Jintao.

Xi has stuck to dividing the 100-year CCP history into four periods. He  mobilized the CCP Central Research Institute of Culture and History to designate the founding of the People’s Republic of China in 1949, and the launch of reform and opening up in 1978 as two pillars of this history.

The third period brackets the Deng Xiaoping, Jiang Zemin and Hu Jintao eras. The fourth period ー after Xi’s election as general secretary in 2012 ー is designated to emphasize Xi Jinping’s leadership.

A CCP history museum that opened in June displayed a panel dividing the 100-year history into these four periods.

It can be imagined that the Jiang and Hu factions, as well as Deng supporters, might have complained about the division when the history resolution was drafted. They might have asserted that not only Deng laid a solid foundation for a  wealthy and powerful China, but also the achievements of Jiang and Hu should clearly be written in the resolution.

There might also have been complaints about the deletion of former top leaders Hua Guofeng, Hu Yaobang and Zhao Ziyang from this history. We can easily sense strong dissatisfaction within the CCP against Xi’s aggressive interpretation of the CCP’s history.

China to Remain on the Offense until 2049

As for diplomacy, the history resolution praised China, saying, “We have advanced major-country diplomacy with Chinese characteristics on all fronts. The concept of a human community with a shared future has become a banner, leading trends of the times and human progress.”

It indicates no regret for the heavy-handed “wolf warrior” diplomacy that has led China to be isolated internationally. The word “major-country diplomacy” indicates the continuation of Beijing’s hardline foreign policy.

Given the intensifying power struggle within the CCP toward its Party Congresses in the past, Japan could easily become a scapegoat. We must be alert to  China’s handling of bilateral issues, including its territorial claim to Japan’s Senkaku Islands.

Around the Sixth Plenum, China and the United States abruptly  announced their agreement to cooperate in tackling climate change and set an online meeting between Mr. Xi and U.S. President Joe Biden. Nor is Japan irrelevant in these moves, considering China’s recent application for accession to the Comprehensive and Progressive  Agreement for Trans-Pacific Partnership (CP-TPP) and U.S. and Chinese activities surrounding the Taiwan Strait.

The CCP defined the next party congress as very significant toward its goals for the centennial of the national founding in 2049. Japan should be prepared to face challenging days ahead.

(A version of this article was first published by the Japan Institute for National Fundamentals, Speaking Out #851 on November 18, 2021 in English, and on November 15, 2021 in Japanese.)

Ryoichi Hamamoto is a journalist and a visiting research fellow at the Japan Institute for National Fundamentals.