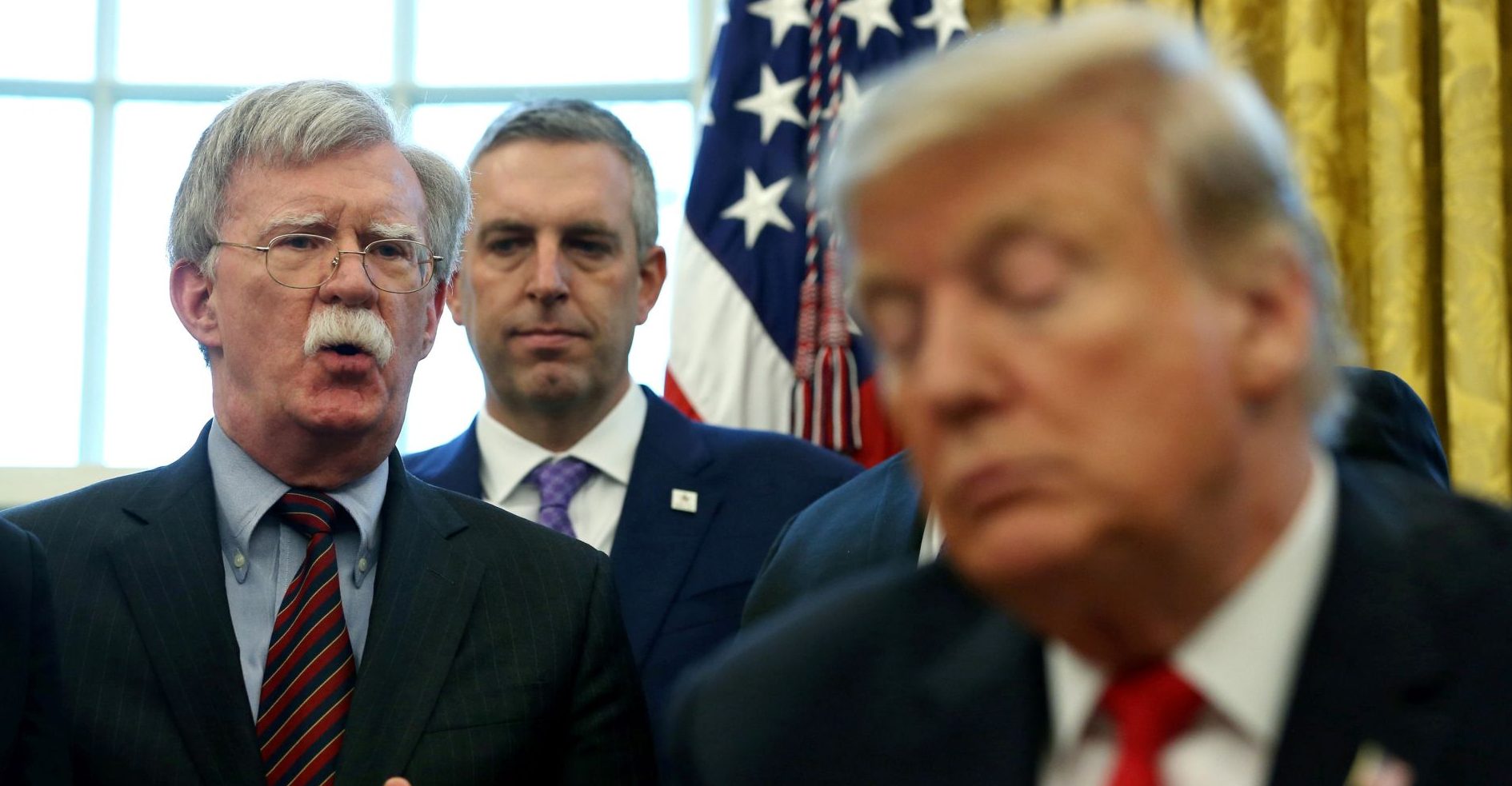 After his predecessor Herbert Raymond McMaster’s ousting from the White House, Bolton had been launched as Trump’s top national security policy adviser in April 2018. He served as the standard-bearer for a “maximum pressure strategy” over such issues as North Korea’s nuclear program.

There are concerns that with the departure of Bolton, who did not hesitate to speak candidly to President Trump, the recently softening stand of the U.S. administration toward Pyongyang might soften further. We cannot help but be concerned that the likely shift in U.S. diplomacy will adversely affect Japan’s security environment.

Trump has said he had a lot of disagreements with Bolton, citing in particular his insistence that the United States should adopt what is called the “Libya model” as a means of pressing North Korea to do completely away with its nuclear weapons development program.

The “Libya model” is a strategy designed to persuade the North to denuclearize up front. In return, anti-Pyongyang sanctions would be lifted at the same time as denuclearization is confirmed. Korean Workers’ Party Chairman Kim Jong Un, for his part, has reportedly angrily rebuked the Libya model.

Trump blasted Bolton as if he was primarily responsible for setting back the dialogue between Washington and Pyongyang. President Trump is quite off the mark, however. Rather, the party worthy of being denounced over the matter is, without a doubt, Kim Jong Un.

North Korea has been test-firing short-range ballistic missiles repeatedly in violation of the United Nations Security Council resolutions, while Trump has been shrugging off the launches. The sacking of Bolton, whom North Korea was wary of — even daring to stigmatize him as “human rubbish” — might further send a wrong message to the North, possibly spurring on its nuclear arms development.

Bolton persistently called for placing top priority on the U.S. alliances with European nations and Japan. He thus played the role of putting a brake on the Trump administration’s diplomacy, which has recently been prone to leaning toward conciliatory steps with such countries as North Korea.

The fact that the “maximum pressure” diplomacy under Bolton, who was referred to as a “hawk” in the administration, did yield certain results should be properly evaluated. Among all the high officials of Washington, he was the most well-versed in the issue of the abduction of Japanese citizens by North Korean agents, extending profound sympathy and support to the families of the abduction victims.

In January this year, James Mattis quit as Secretary of Defense of the Trump administration because of differences of opinion with the President. We are concerned that President Trump may be surrounded by his “yea-sayers,” with the U.S. diplomacy being swayed all the more by the needs of the moment aimed at securing Trump’s re-election.

It can safely be said that successive U.S. administrations have continued to be deceived by a North Korea that is adroit at tactics for buying time. The result is that the North has succeeded in the development of ballistic missiles and the possession of nuclear arms. We cannot rid ourselves of the concern that, as a result of Bolton’s departure, negotiations between the United States and North Korea might proceed to Pyongyang’s advantage.

Prime Minister Shinzo Abe, for that matter, is one of the very few political leaders of the world who is currently able to speak frankly and without reservations to President Trump. The Prime Minister is urged to convey the firm view to President Trump that nothing good can come of employing a policy of appeasement toward Pyongyang.