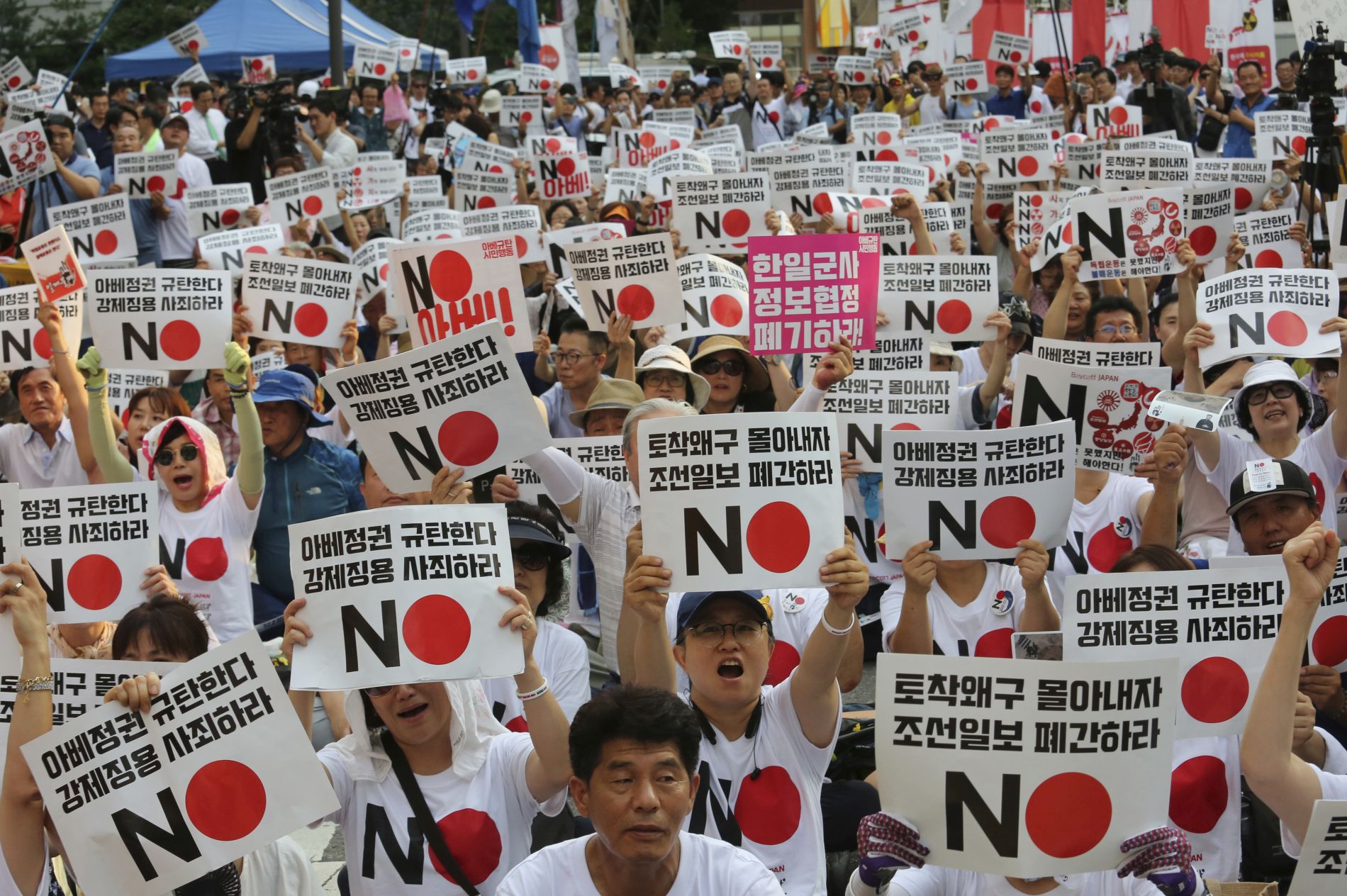 Olympics to Whip Up Anti-Japanese Feeling

Japan-bashing has seemingly become the national pastime in Seoul in recent years, but the South Korean public remains largely oblivious to the anti-Korean backlash this has engendered in Japan.

A major reason why the South Korean public remains ignorant of the growing antipathy to their country among the Japanese people is that the Korean mass media has not told them about the true state of affairs. Instead, they spend all their time lambasting the government led by Prime Minister Shinzo Abe as “evil.”

It has gotten to the point where they have lost all self-restraint and take any opportunity they can to attack Japan.

In fact, far from exercising self-restraint, the Korean media has recently taken to fanning the flames of resentment by incendiary actions, such as calling for South Koreans to boycott Japanese products in the name of “patriotism.”

Building Hate for the Tokyo Olympics

They keep the flames of anti-Japanese sentiment red hot by constantly upping the ante and devising ever more outlandish tricks for their Japan-bashing performance. The newest stratagem is an effort to embroil next year’s Tokyo Olympics in the feud.

The overtures in this effort were the spreading of abusive rumors about the dangers of “Fukushima radiation” and the supposed risks in the food served at baseball stadiums in Japan and to teams competing there.

Then these critics turned their attention to the design of the medals to be presented at the Tokyo 2020 Paralympic Games. Because they declare the design is similar to sunrays, they have protested that it is designed “to conjure up images of the rising sun flag from Japan’s era of militarism.”

All this might be considered par for the course if it only involved the speech and actions of professional anti-Japan activists. But the refrain has been picked up in all earnestness by government agencies and the mass media, and has thus snowballed into an anti-Japan patriotic campaign.

Tellingly, South Korea has been the only nation making accusations about “Fukushima” or the Tokyo Olympics. Such words and actions seem simple manifestations of a pathological desire to trip Japan up by any means possible.

At the same time, South Koreans don’t seem to have an inkling that all of this is simply adding kerosene to the smoldering fire of anti-Korean feeling among the Japanese public.

Many of the anti-Japanese attacks in recent years have centered around the “rising sun” naval ensign flown on Japanese military ships. In 2018, at the time of the Republic of Korea International Fleet Review, the Korean government publicly demanded that Japanese ships lower their flags, and Japan therefore declined to participate.

Demands like “lower your military flags” have to be considered nothing less than attempts at humiliation on the international level.

The fact is that Japanese defense vessels flying that very same flag had previously visited South Korean ports on numerous occasions. And the naval ensign has not caused any controversy in countries other than South Korea.

These actions by Seoul disrespecting and slighting Japan could not but intensify anti-Korean feelings in Japan.

The South Korean fixation on the naval flag is a phenomenon of recent years. In the past, I characterized the way that South Korea is acting towards Japan’s naval flag as a pathological reaction akin to how “Pavlov’s dogs” acted. The reaction in Korean society was criticism that this was just “another venomous attack by Kuroda.”

However, the reaction in South Korea to the Paralympic medal controversy followed the tried-and-true pattern. The Korean side ignored explanations that the design on the medal was based on the pattern of bird wings, not sunrays.

The expression “Pavlov’s dogs” refers to experiments on response conditioning carried out by the Russian physiologist Ivan Pavlov during the 1890s. He found that when he rang a bell every time when food was provided to dogs, then even if he rang the bell but did not provide the food, the dogs would still salivate. Pavlov received a Nobel Prize for this research on “conditioned reflexes” and his became a household name.

Later, the expression “like Pavlov’s dogs” became a sarcastic description for any delusion or preconceived belief not based on reality, or impulsive, ill-considered behavior. Have Korean critics gotten to the point of salivating at the sight of Japan’s naval flag?

A few years ago, there was a case in New York City where a Korean living in the United States, after noticing an abstract painting on the wall of a bank that he judged to resemble sunrays, protested to the bank that it “brought to mind Japanese militarism.” These days, South Koreans around the world seem to be raising a ruckus about things like the Olympic medal.

South Koreans are the only people in the world going around claiming that the “rising sun” naval flag is a “war crimes flag” in order to satisfy their sense of patriotism. They seem to have convinced themselves that if they are dealing with Japan, then it is perfectly proper to disregard the norms of international common sense.

However, it will cause great trouble if South Koreans bring their singular obsession that it is “right to oppose Japan” and “no crime to be anti-Japanese” to the international event of the Olympics.

Although calls to boycott the Tokyo Olympics may just be the ravings of anti-Japan activists, there is no doubt that this use of the Olympics to whip up anti-Japanese feeling will open the door to the growth of anti-Korean feeling in Japan that will be hard to restrain.

(Click here for a link to the original article in Japanese.)