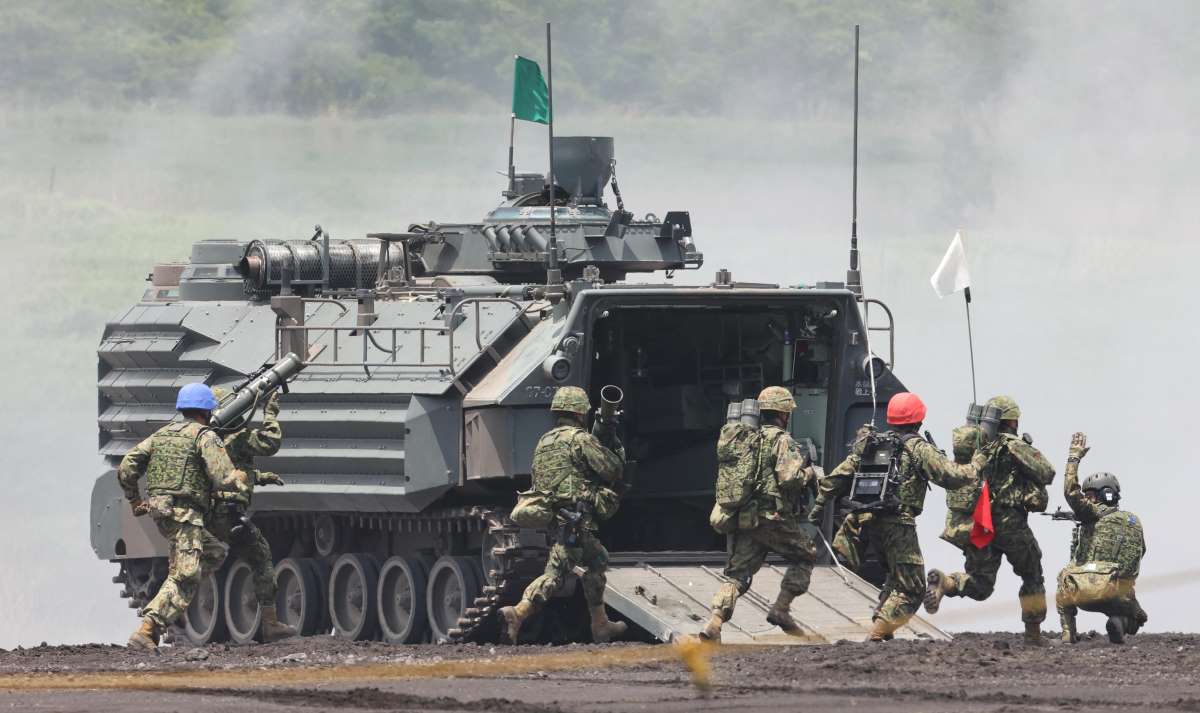 The Fumio Kishida administration approved basic economic and fiscal policy guidelines for 2022 at a June 7 Cabinet meeting, it was announced the same day.

The reference to “the importance of peace and stability in the Taiwan Strait” is commendable, as is stating explicitly that the government is determined to “drastically strengthen the nation’s defenses within the next five years as the final guarantee of the security of this country.”

Regarding defense spending, the guidelines incorporate a phrase citing the target of “2% or more of gross domestic product (GDP).” This language parallels the goal which North Atlantic Treaty Organization (NATO) member countries are rushing to achieve.

In the Japan-United States summit meeting in May, Prime Minister Kishida expressed his “resolve to secure a substantial increase” in Japan’s defense spending for the “drastic strengthening of defense capabilities.”

The basic policy guidelines reflect this. Although the policy stops short of specifying year-by-year spending targets or a definitive time frame, spending of “more than 2% of GDP” on defense should be achieved as swiftly as possible, not five years later. This is because it is impossible to achieve a “drastic strengthening of defense capabilities” with the current level of defense spending of just over 1% of GDP.

The ruling coalition parties should explain to the public in a convincing manner the urgent need for drastically boosting the nation’s defenses, and sharply increasing defense spending to support it.

According to the “East Asian Strategic Review 2022” issued by the Defense Ministry’s National Institute for Defense Studies, the ratio of Japan’s defense spending in 2020 was only 17% of the total combined defense spending of Japan and other East Asian countries, such as China, South Korea, and Taiwan. This is a sharp decline from Japan’s 38% share only two decades ago, in 2000.

Even if Japan’s defense budget is expanded to 2% of the nation’s GDP, its defense spending won’t reach the proportional spending level of 2000, the defense ministry’s think tank said.

We should draw attention to Russia in this connection.  Moscow misjudged Ukraine’s defenses to be weak and calculated that they could easily be overwhelmed. It then embarked on an unforgivable act of aggression.

The lesson to be learned is the hard fact that, to maintain the peace, it is vitally important to demonstrate deterrence by boosting self-defense capabilities and cooperating with allies. Deterrence also strengthens diplomatic power in pursuit of peace.

Taking to heart the Russian threat, NATO member-states like Germany are expediting their efforts to increase defense spending to “2% of GDP or more.” For Japan, however, the menace is not limited to Russia. We must also be prepared to cope with threats from China and North Korea. It is important to be aware that Japan is in a far harsher security environment than NATO.

If deterrence is eroded and Japan is subjected to foreign aggression, the lives of the people would be endangered and their property damaged. Some of the country’s territory could even be lost. Compelled by the circumstances, the nation would have to raise defense expenditures to a level far more than 2% of GDP.

Instead of waiting for such developments to occur, now is the time for Japan to take a drastic increase in defense spending for the sake of keeping the peace.