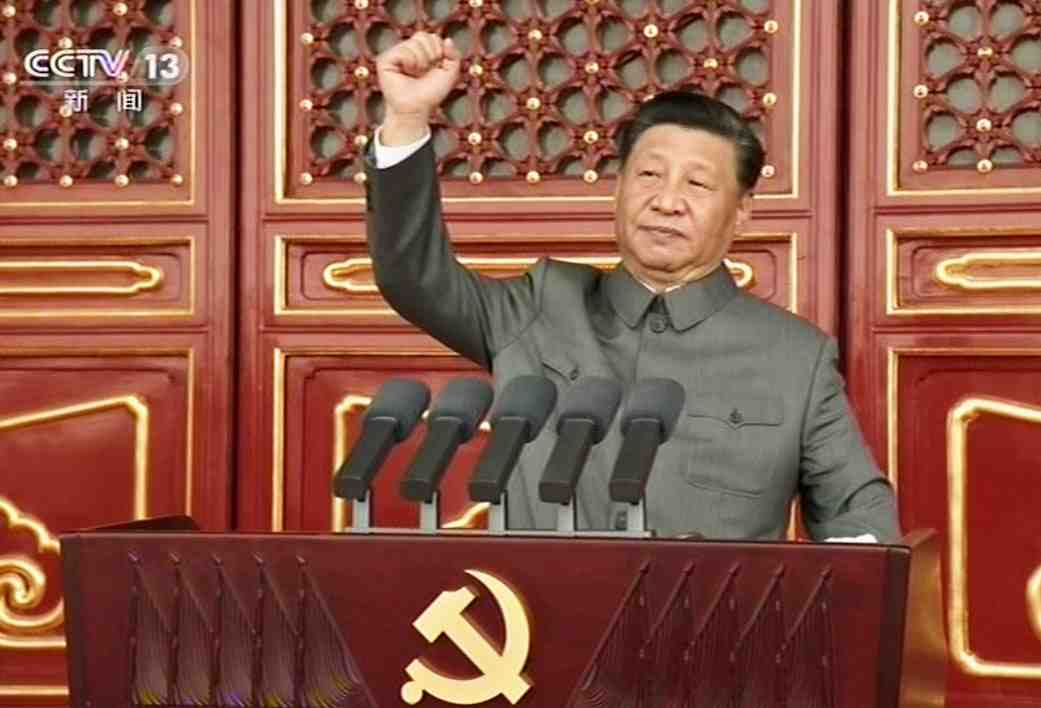 Chinese President Xi Jinping salutes amid declarations of expanded boundaries of China's territory during the 100th anniversary of Chinese Communist Rule of the behemoth country.

China, as with the rest of the world, has had major economic setbacks over the past two years. First its economy was battered by COVID-19 and now it’s facing disruptions from the war in Ukraine that even threaten its oil and food imports.

But that hasn’t stopped China from spending freely on defense.

It has officially announced a 7.1% increase in defense spending this year. Last year the increase was 6.8%. The year before that it was 6.66%. The one before that was 7.5%. It’s been that way for many years – regardless of China’s overall economic performance.

For a nation that has no enemies – other than ones Beijing declares are its enemies – this may seem odd. So what’s going on?

First, the numbers themselves.


Experts say that the officially released military budget numbers (1.45 trillion yuan (CNY) or $ 230 billion USD this year) are far too low. Is this so? Why does the Chinese government hide the true figure?

One has to assume China’s entire reported defense budget is a lie.  There is absolutely no reason for China to provide a correct number.

Indeed, it works in China’s favor to issue a ‘low’ number ー so it can claim it poses no threat to anyone and ‘spends only 1/3 or 1/4 what the Americans do’.  So it’s the ‘American war mongers’ who are to blame for trouble around the region and the globe.

The actual figure of China’s defense budget is debatable ー and perhaps not worth fixating on. More important is to consider what Beijing gets for its money. A couple useful data points:

It also incorporates civilian transport and logistic capabilities into its military far better than just about any other country ー all off the books, as far as official military expenditure is concerned.

And there’s another problem with the $230 billion USD figure:  the Chinese leadership is not bound by Congressional appropriations as is the US Department of Defense. And for local yuan expenditures, the Chinese can and will print any amount necessary.

Who is going to tell Xi Jinping, ‘no’?


What kind of military does China need?

It comes down to the kind of military China thinks it needs.  The People’s Republic of China (PRC) is building a military that can do two main things.

First, defeat the US military.

The Chinese communists are willing to spend whatever it takes to achieve these two objectives.

Currently, in certain circumstances ー say if a fight is near to the Chinese mainland ー the People’s Liberation Army (PLA) could inflict serious damage on US forces.  But the farther out one gets beyond the so-called “first island chain,” the PRC’s military power drops off quickly.  However, with the current rate of expenditure, wait ten years and things might be different.


In what military branches and capabilities is China prioritizing investment?

It may sound glib, but the answer is all of them.

As mentioned, the Chinese are investing in the areas needed to defeat the Americans and to increase power projection overseas. This includes:

In other words they are investing in just about everything ー which they can do since they are not constrained by an actual budget as a Western nation would be, nor by legions of in-house lawyers working to ensure they adhere to international treaties.

There is one big limitation, however. That is the need for foreign currency to buy certain things that must be procured overseas. And since the Chinese yuan is not freely convertible, China has to earn dollars and Euros and the like.

This should put a limit on the People’s Liberation Army’s capability advances. In theory at least. Unfortunately, Wall Street and Western businesses are providing the Chinese Communist Party (CCP) with at least several hundred billion dollars of foreign exchange every year ー along with access to high technology the PLA needs. And if Moscow moves even closer to Beijing, it may have more access to Russian advanced technologies as well.

What are the biggest problems/challenges for the Chinese military?

Spending money is probably the easiest part of building up a military. The bigger challenge is figuring out how to create, equip, and train a military that can actually conduct effective operations ー especially once the shooting starts.

This isn’t easy to do. If it was, Saddam Hussein’s Iraqi Army would have been the world’s best.

But the Chinese are persistent and intelligent and have come a long way in 30 years.

They have said where they intend to end up, and that includes taking territory that currently belongs to other countries, by force if necessary.

They should be taken seriously. And the American financial and business classes really ought to stop funding them.