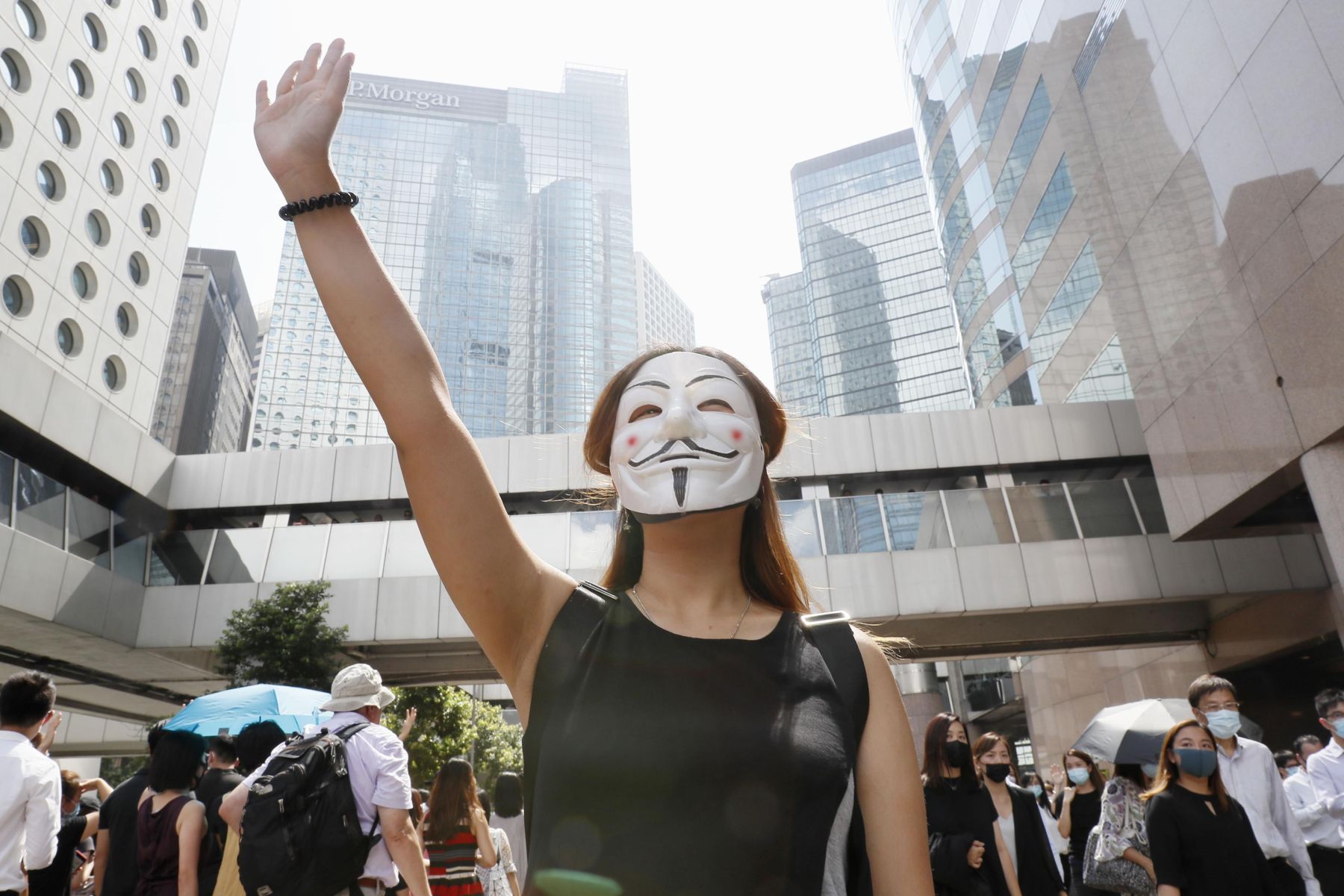 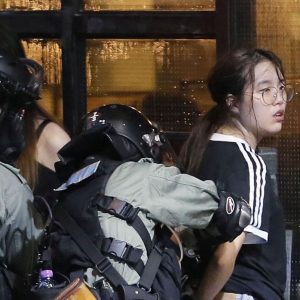 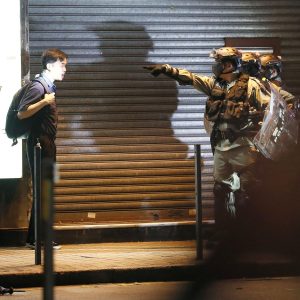 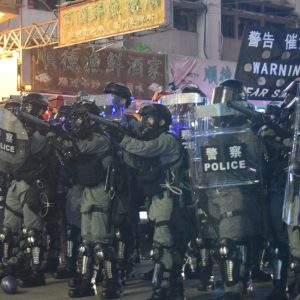 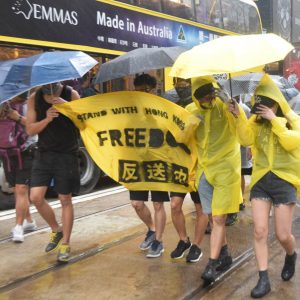 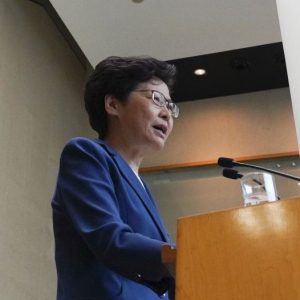 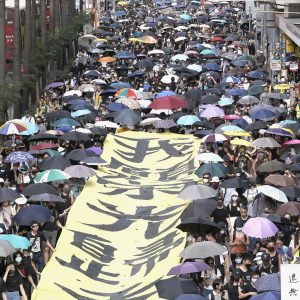 Hong Kong invoked the “Emergency Regulations Ordinance” on October 4, placing broad emergency powers in the hands of the chief executive of this special administrative region of China. It is the first time the British-era law has been invoked since Hong Kong’s sovereignty was handed back to China in 1997.

Under the emergency ordinance, the chief executive can bypass the city’s legislative council to curtail civil rights, such as freedom of speech and freedom of assembly, in the name of “public safety.” It is effectively a declaration of martial law.

Chief Executive Carrie Lam has crossed the red line — an act which could break the principle of “one country, two systems” that defines Hong Kong’s status. The situation is profoundly serious.

A “facemask prohibition” law, aimed at preventing demonstrators from wearing masks, was the first measure taken under Lam’s emergency authority. Nevertheless, on October 5, the first day under the new law, thousands of Hong Kong citizens in masks took to the streets to demonstrate in broad daylight.

Without masks, their identity would have been easily verified by authorities. It was an expression of their strong will not to yield to government oppression, which we want to support.

Moreover, it is possible that the chief executive could issue one emergency measure after another without legislative approval under the Emergency Regulations Ordinance.

Hong Kong police are losing control, as was shown on October 4, when a 14-year-old boy was shot and injured by a police officer who fired live ammunition at the teenage protester at close range. Even if they could successfully control young people by such police action, these hardline measures will only give rise to new resistance. Ms. Lam should squarely acknowledge this reality.

The emergency ordinance is a sweeping colonial-era law dating back to 1922, when Hong Kong was a British colony. The Hong Kong governor of the British colony invoked it for the purpose of clamping down on anti-British riots masterminded by China, such as those in 1967.

The Chinese government, for its part, has taken a stand steadfastly supporting the chief executive’s launch of the emergency ordinance. Beijing has even sounded a warning to Hong Kong protesters, saying they would be subject to “punishment by law” for their actions challenging the “one country, two systems” principle.

Additional dangers lurk in the availability of emergency measures of different dimensions from Hong Kong’s conventional laws, which have lowered the hurdle for public security operations inside the special administrative region by Chinese armed organizations, including the Chinese People’s Liberation Army forces stationed in Hong Kong. More than ever, under these circumstances, we should keep a wary eye on China’s moves.

While thinking it impossible, we nevertheless urge Chief Executive Lam to rescind the emergency ordinance and engage in a face-to-face dialogue with Hong Kong citizens. Should she be unable to do so, at the very least Ms. Lam should take responsibility for the turmoil and consider resigning.

We must not remain disinterested onlookers when the voices of Hong Kong citizens seeking freedom are being squashed through government oppression. The international community should unite to prevent China’s intervention in Hong Kong and appeal for the city’s high degree of autonomy to be kept intact.

By: Editorial Board, The Sankei Shimbun