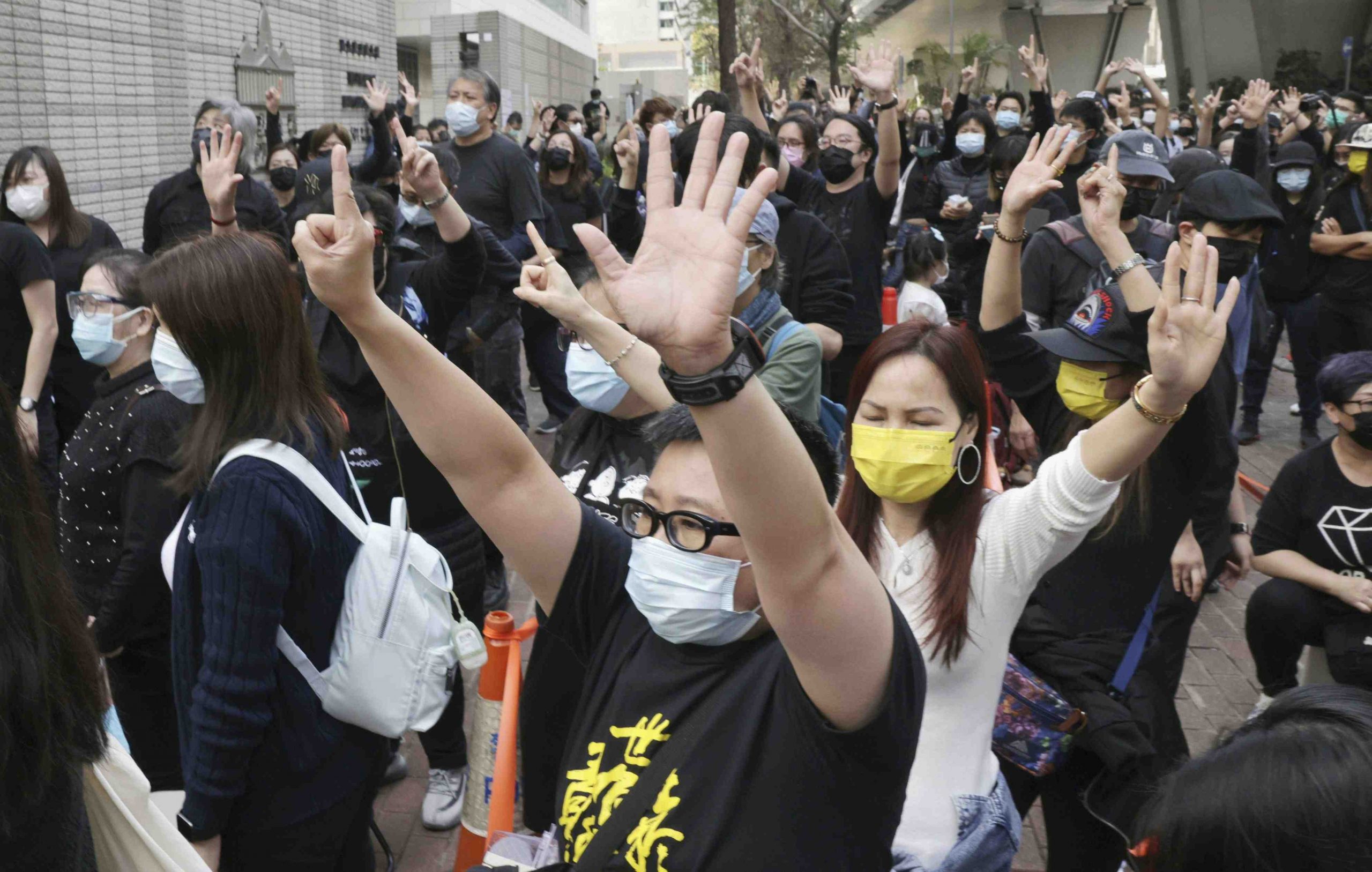 The standing committee of China’s National People’s Congress (NPCSC) has passed a proposal to review Hong Kong’s electoral system, in a move that will see pro-democracy factions in Hong Kong thoroughly excluded from elections.

The Hong Kong authorities, under the control of the Chinese communist regime, have used the Hong Kong national security law to wrongfully arrest democratic activists.

Changing the electoral system will result in the Legislative Council of Hong Kong (LegCo) being relegated to a pseudo-parliamentary body, like the National People’s Congress, that only approves bills. This is the equivalent of a death sentence for democracy, and is utterly unacceptable.

A screening committee will be established under the new electoral system. In line with the Xi Jinping administration’s policy of “patriotic” rule in Hong Kong, candidates for LegCo and Executive Council elections will be judged based on whether or not they are “patriots.”

This is a ruse designed to prevent candidates from running in elections unless they can pass screening by this committee, which is expected to be dominated by pro-Beijing members.

It is clear as day that only those who swear loyalty to the Chinese Communist Party will be able to run for office. If candidates from democratic factions are not allowed, the path of democracy by which the will of the people is reflected in politics through elections will be completely blocked.

The number of directly elected seats in LegCo elections has accounted for half of the total to date. This will be reduced to roughly 20% under the new electoral system.

The main goal of the pro-democracy movement in Hong Kong has been to expand the number of directly elected seats, making these changes a major setback. If the LegCo elections, which have been delayed again until December 2021, and the March 2020 Executive Council elections are held under the new system, Hong Kong would be governed only by those who have pledged their loyalty to the Chinese Communist Party.

What is immediately concerning is the Japanese government’s stance on China. The Ministry of Foreign Affairs expresses “grave concern” in a statement, saying, “This is a major setback to highly-developed autonomy and cannot be overlooked.”

However, Japan is the only G7 country that has not imposed sanctions against China over the Uyghur human rights issue. In matters related to China, merely criticizing is the same as doing nothing.

RELATED: [Speaking Out] Japan Should Also Impose Sanctions on China

In April, Prime Minister Yoshihide Suga will visit the United States to meet with President Joe Biden. He will need a strong resolve to confront China if he is to keep pace with the Biden administration, which emphasizes human rights. Japan must be willing to take decisive action in cooperation with the United States and Europe, and that includes imposing sanctions on China.