[Speaking Out] Japan Should Also Impose Sanctions on China 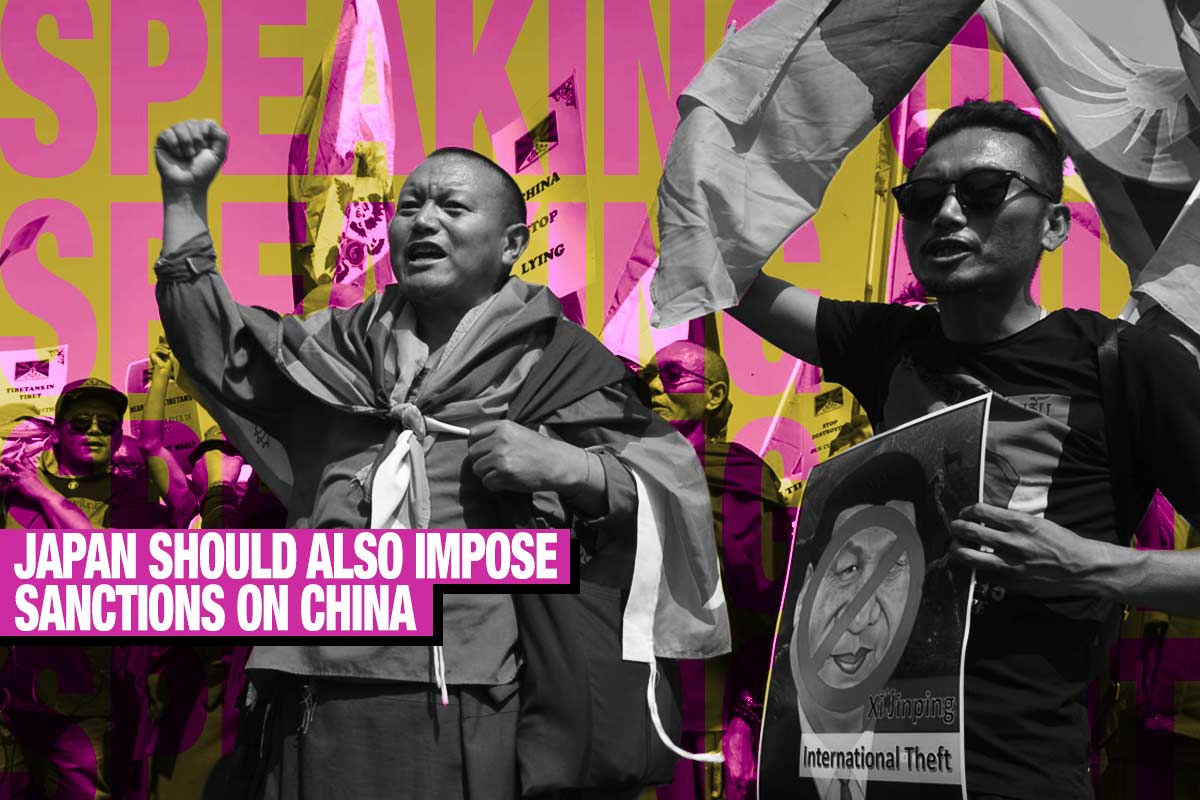 China's ethnic minotirites want the territorial grabs and abuse of their rights to stop and their culture, language and customs respected.

Should Japan remain hesitant to take actions against China’s human right  abuses? If Japan values human rights, the time is ripe for Japan to impose substantial sanctions on China.

A joint statement of the so-called “2+2” meeting between Japanese and U.S. foreign and defense ministers in mid-March, held for the first time with the Biden administration, singled out China for criticism, saying “The Ministers committed to opposing coercion and destabilizing behavior toward others in the region, which undermines the rules-based international system.”

Moreover, the statement noted, as proposed by Japan, “The Ministers shared serious concerns regarding the human rights situation in Hong Kong and the Xinjiang Uyghur Autonomous Region.”

Since President Xi Jinping took the helm of China, Beijing has stepped up military buildup and sought to create a China-centered international order through its Belt and Road Initiative. Beijing has constructed and militarized artificial islands in the South China Sea and tried to snatch the Senkaku Islands in the East China Sea from Japan.

It has exerted pressure on free and democratic Taiwan. It has also  cracked down on Hong Kong and continued human rights abuse against Uyghurs, Tibetans and Mongolians.

Why did Tokyo single out China for criticism and refer to the human rights situation in the statement even in anticipation of harsh reactions from Beijing? Wasn’t it because Tokyo concluded such Chinese behavior is unacceptable?

Washington has highly praised the statement as demonstrating Japan’s strong  determination. Nevertheless, Japan has failed to join the United States, the United Kingdom and the European Union in imposing asset freeze and other sanctions on Chinese officials.

Of the Group of Seven industrial democracies, Japan alone has  refrained from levying sanctions on China.

Human Rights Have Nothing To Do with Distance

“Japan is geographically far closer to and has stronger economic ties with China than Europe or the U.S.,” a senior Japanese government official said. “It is  inevitable for Japan to differ with them in dealing with China.”

Is this explanation persuasive?

When he was a young lawmaker, Prime Minister Yoshihide Suga advocated Japan’s legislation of sanctions to resolve the issue of North Korea’s abduction of Japanese citizens. He took the initiative in imposing North Korea sanctions including restriction on North Korean officials’ visits to Japan and monetary remittances to North Korea, and ban of Japanese port calls by North Korean ships.

If Tokyo has “serious concerns” about China’s human rights situation, it should take all possible legal and diplomatic measures.

The U.S. Treasury Department once imposed financial sanctions on Banco Delta Asia, a Macau financial institution, over its suspected involvement in North  Korea’s money laundering. The sanctions, including a freeze on deposits, and other financial institutions’ voluntary restrictions on transactions with the Macau bank,  reportedly had a great impact on North Korea.

Sanctions on China should be just as substantial, not simply a pose of nominal impact. A country’s sense of geographical distance from China doesn’t matter when it comes to addressing human rights.

(A version of this article was first published by the Japan Institute for National Fundamentals, Speaking Out #779 on March 31, 2021)

Takashi Arimoto is publisher of Monthly Magazine SEIRON at The Sankei Shimbun newspaper.