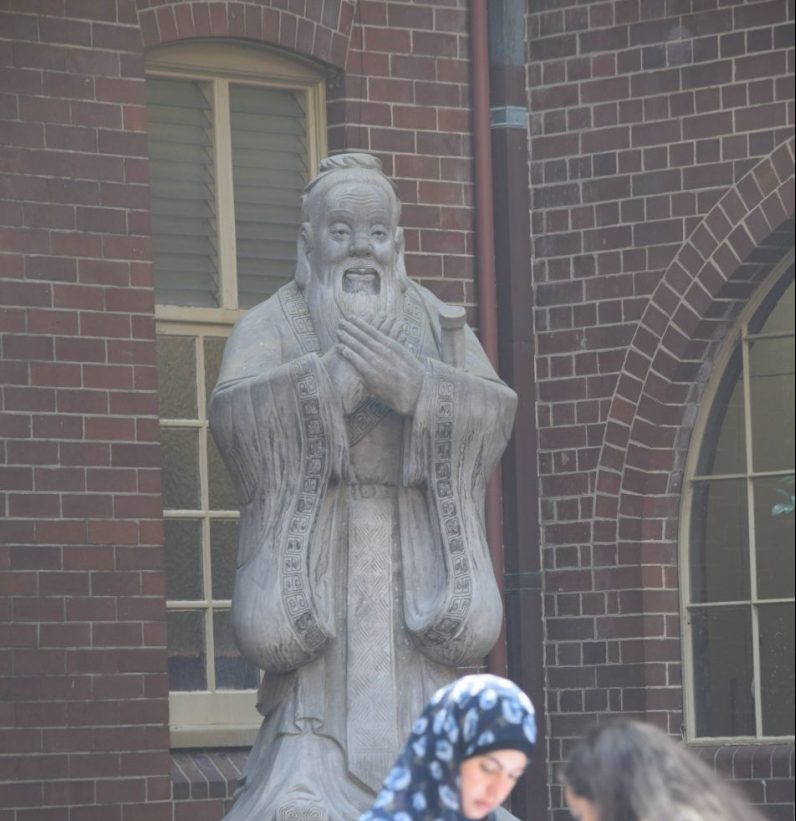 The Japanese government will be urging universities with on-campus Confucius Institutes, which are under Beijing’s influence, to disclose information on how these entities operate.

Confucius Institutes are non-profit educational institutions set up around the world since 2004 with the ostensible aim of promoting the Chinese language and culture. The United States and other countries have raised concerns that the institutions are being used for propaganda purposes by the Chinese Communist Party.

There have been reports that Confucius Institutes partnering with universities in the United States spread propaganda aligned with the Chinese government's positions on matters such as the Tiananmen Square incident, Tibet, and Taiwan, and how such activities are silencing free discussions on campus.

Needless to say, it is natural for Japan to demand full transparency in the operations of Confucius Institutes that partner with its universities.

Currently, there are more than 550 Confucius Institutes in over 160 countries and regions around the world.

Education Minister Koichi Hagiuda said at a meeting of the House of Councillors’ Committee on Education, Culture, Sports, Science, and Technology, “We would like to encourage the disclosure of information for greater transparency in the organizational management, education, and contents of research [of the Confucius Institutes] so that independent research activities of the [partnering] universities are not hindered.”

According to the Ministry of Education, Culture, Sports, Science, and Technology (MEXT), the Confucius Institutes are the only cultural centers on university campuses in Japan that are effectively under the control of a foreign government.

Responding to the Urgency

Japan needs to question the soundness of allowing an agency of a communist dictatorship to operate freely within its universities, where academic freedom is a core tenet.

Confucius Institutes are not required by law to notify the government or receive approval before setting up. However, problems will arise unless the Japanese government is aware of the institute’s activities and operations within its public education system. The fundamental values of academic freedom at the heart of university education are at stake.

To ensure that calls for transparency are not mere rhetoric, MEXT must demand reports on how much funding Japanese universities receive from the Chinese government for the operation of Confucius Institutes — and on the hiring activities for teaching staff.

In a 2019 report, the U.S. Senate said that the Confucius Institutes kept the terms of agreement with partnering U.S. universities hidden, and teachers working for the institutes had to pledge to protect Chinese national interests.

It is imperative that the Japanese government grasp the details of the actual situation of the Confucius Institutes. Japanese universities cannot be allowed to be exploited as a battlefield in a propaganda war.

Universities must provide a safe, supportive place of education for the generations who will be defining the country’s future.