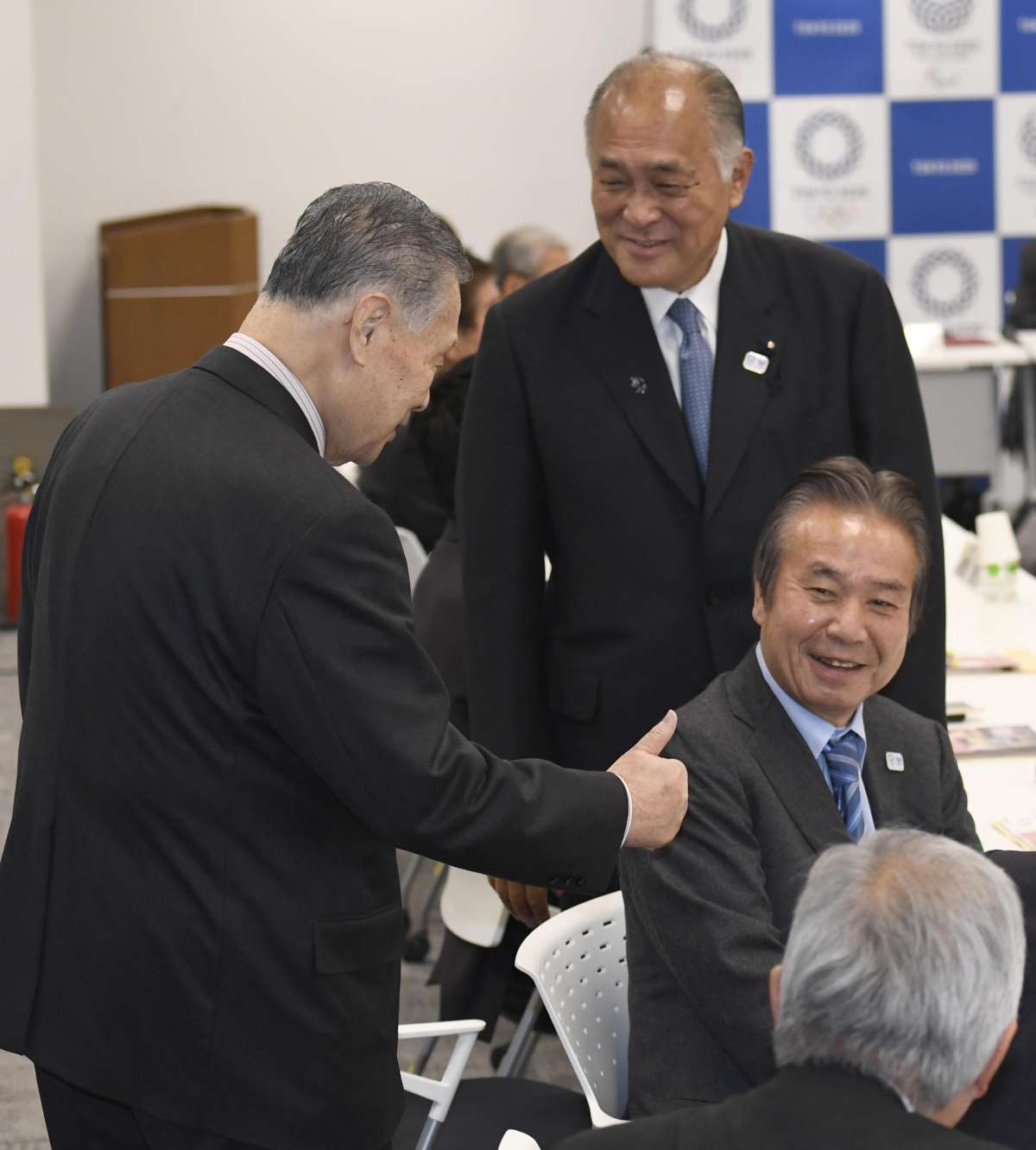 Former Director Haruyuki Takahashi (right) at a board meeting of the Tokyo 2020 Organizing Committee for the Olympic and Paralympic Games. Tokyo, February 2017.

It is an unfortunate fact that the bidding and management of international competitions, including the Olympics, has been a breeding ground for financial misconduct.

What has been damaged by such wrongdoing is the excitement of the Games and the value of sports itself. The sports community is now in the process of reform to achieve transparency. We must take this opportunity to cut off any remaining vestiges of the harmful effects.

On July 26, the Tokyo District Public Prosecutors Office raided the home of Haruyuki Takahashi, former board member of the Tokyo 2020 Olympics and Paralympics Organizing Committee, and other locations on suspicion of bribery.

The company headed by Takahashi signed a consulting contract with AOKI Holdings, a major men’s apparel company that was a sponsor of the Olympics, and received a total of approximately ￥45 million JPY ($337,600 USD) in return. The Organizing Committee board members are deemed to be public officials, and it is suspected that the cash given to Takahashi was in return for favors related to the Olympics project.

Takahashi is a former senior managing director of Dentsu Inc., a major advertising agency in Japan. He has been widely known in the world of sports since he was involved in the bid to host the 2002 FIFA World Cup tournaments in Japan and South Korea.

AOKI Holdings was approached by Takahashi and signed a sponsorship contract with the Organizing Committee, selling officially licensed products such as suits with emblems as an “Official Supporter.”

Takahashi has denied the allegations in interviews and other responses to media questions. But given the circumstances to date, it is not surprising that he is under suspicion.

The French judicial authorities have investigated the case against Takahashi on suspicion of passing a large sum of cash to the family of a former member of the International Olympic Committee (IOC). The same officials have interviewed Tsunekazu Takeda, the former head of the Bid Committee and president of the Japanese Olympic Committee (JOC).

In 2016, Takeda was invited to appear before the Education, Culture, Sports, Science, and Technology Committee of the House of Councilors and was asked about Takahashi’s involvement in the allegations, which he denied.

Details regarding the use of the large sum of money that went to Takahashi’s company have not been disclosed, partly because the Bid Committee had been dissolved.

Regarding the raid on Takahashi’s home, Deputy Chief Cabinet Secretary Yoshihiko Isozaki said at a press conference on July 26, “The Organizing Committee will take appropriate action if necessary.”

However, the Organizing Committee was already dissolved on June 30. This shows that the government is not interested in clarifying the allegations.

Regardless of the charges, the national government, the Tokyo Metropolitan Government, and the sports community cannot escape their responsibility to investigate the truth and clarify what really happened.