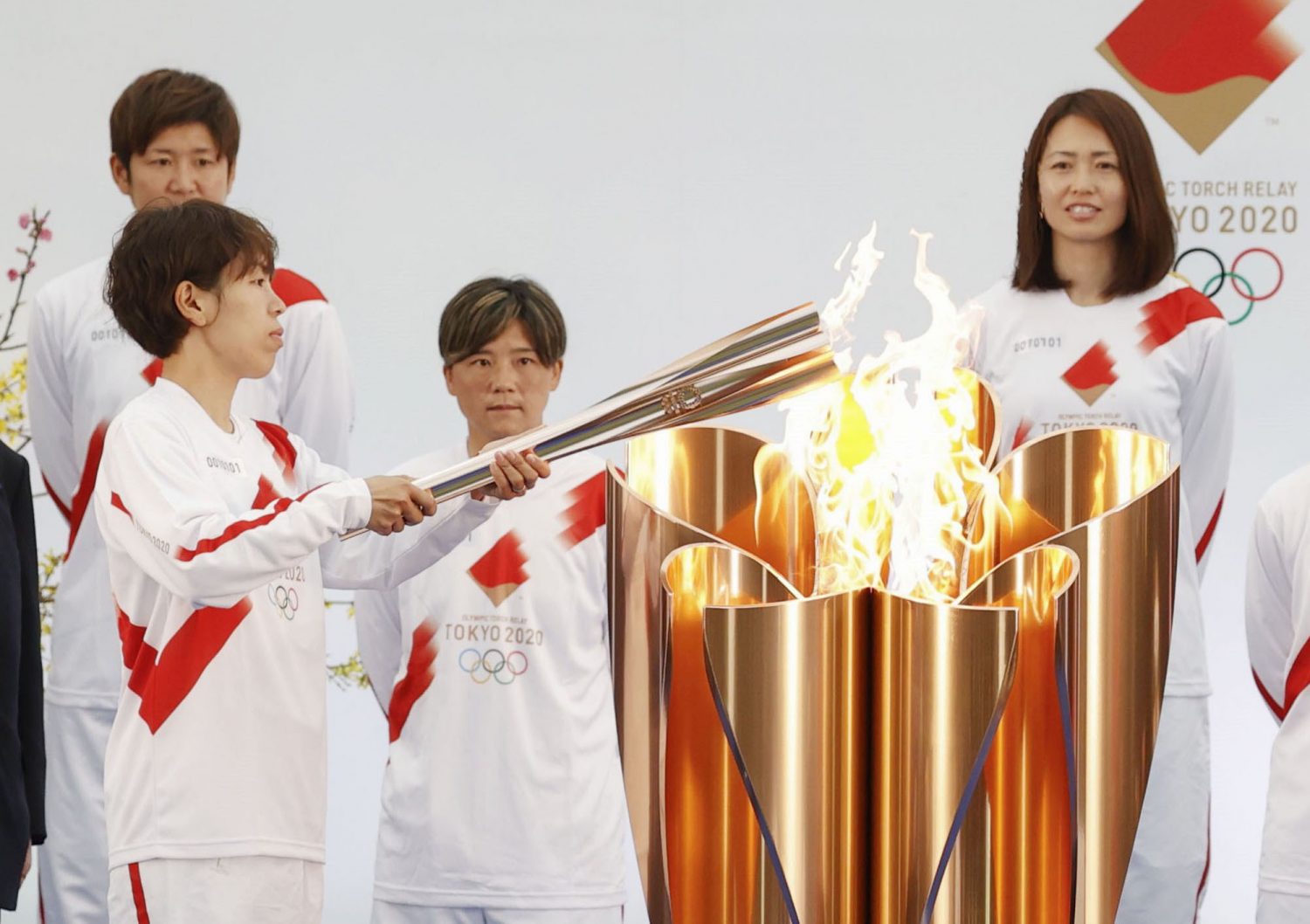 Doping and bribery scandals have tarnished the Olympic legacy time and again, but the Olympic flame remains a great symbol of the power of the human spirit.

It is also a great symbol of the modern Olympics, a unifying icon.

The accomplishments of the world’s athletes drive the narrative throughout any Olympics, but the Olympic torch relay journey to usher in the next Olympics is an activity that bridges two eras: Ancient Greece and contemporary times.

The Tokyo 2020 Olympic Torch Relay, which began for a second time on Thursday, March 25, is a reminder that at its core the human spirit is defined by resilience. Don’t give up ー keep trying, no matter what.

Nothing went according to plan last year for Olympic organizers as the overwhelming disruptive force of the global COVID-19 pandemic impacted all aspects of life on earth. The start of the torch relay in Ancient Olympia, Greece, where it was lit on March 12, 2020, followed by the flame’s arrival at Matsushima Airbase in Miyagi Prefecture on March 20, 2020, was soon overshadowed by unprecedented news: Four days later, Prime Minister Shinzo Abe announced that the Tokyo Games would be postponed by a year.

And so, even with the daily barrage of news bulletins dominated by COVID-19 updates, the diversion of the 121-day Tokyo 2020 Olympic Torch Relay, which will travel to 859 municipalities in Japan’s 47 prefectures, projects optimism amidst the pandemic. More than 10,000 torchbearers are scheduled to participate.

Like gold being safeguarded at Fort Knox, a U.S. Army installation in Kentucky, the Olympic flame is also closely monitored. During the time between the cancellation of last year’s relay and its do-over this week, it was housed at the Olympic Museum in Tokyo.

Without much public fanfare, the relaunched Tokyo 2020 Olympic Torch Relay started again at 9 a.m. on this early spring day at the J-Village National Training Center in Naraha, Fukushima Prefecture. At a ceremony marking the start of the epic journey, former Nadeshiko Japan defender Azusa Iwashimizu was the first torchbearer. She was joined by 14 of her former 2011 Women’s World Cup-winning teammates and ex-Japan women’s coach Norio Sasaki.

The Nadeshiko Japan players, who inspired Japan and brought joy to the nation in the aftermath of the Great East Japan Earthquake in March 2011 wore matching white track suits.

With the torch in her right hand, the 34-year-old Iwashimizu, who hails from Iwate Prefecture, smiled as she jogged out of the soccer training complex. Teammates jogged alongside her.(See the start of the relay here.)

They waved to spectators who were standing on a grass field.

“Hope Lights Our Way” is the Tokyo 2020 Olympic Torch relay theme, which ties into the broader national narrative of Tohoku’s continued recovery from the 3.11 disasters, including the Fukushima Daiichi Nuclear Power Plant accident.

Tokyo 2020 Organizing Committee President Seiko Hashimoto spoke about the enduring symbol of the Olympic flame at a ceremony to mark the start of the torch relay.

“The flame kept burning, quietly but powerfully, even as the world faced difficult times over the past year,” the seven-time Olympian said, according to Kyodo News. “The flame will embark on a 121-day journey and will carry the hopes of the Japanese people and wishes for peace from people around the world.”

She added: “The torch of Tokyo 2020 will become a bright light for hope for Japanese citizens and citizens in the world and a light at the end of the tunnel.”

“I believe that there is no doubt that this corona disaster and everyone in the middle of reconstruction will be courageous and energetic,” Sasaki was quoted as saying by Jiji Press.

In reflecting on the meaning of the Tokyo 2020 Olympic Torch Relay to her, 63-year-old Fukushima Prefecture resident Setsuko Hashimoto couldn’t conceal her emotions.

“Ten years ago there was a nuclear accident so (seeing the torch) it felt like I could really look forward to something and live,” Setsuko Hashimoto told The Associated Press. “When you become my age, this is the last Tokyo Olympics and it’s here. It was very touching.”

Former Nadeshiko Japan captain Homare Sawa, the team’s most iconic player, did not participate in the relay due to an inner ear infection, a chronic condition, according to published reports. Prime Minister Yoshihide Suga, Abe’s successor, also didn’t attend the ceremony.

Every journey begins with one step, and Iwashimizu and her Nadeshiko Japan teammates took the first steps of this revived trip. The epic journey is set to be completed on July 23 at the New National Stadium during the Opening Ceremony of the Tokyo Games.

But as we’ve seen for more than a year now, improvising and rescheduling and scaling back expectations for tasks big and small are often necessitated by COVID-19 issues.

In other words, I don’t expect every step of the Tokyo 2020 Olympic Torch Relay to go completely according to plan.