EDITORIAL | Light Up the Tokyo Olympics Torch; Let’s Do It for the Athletes 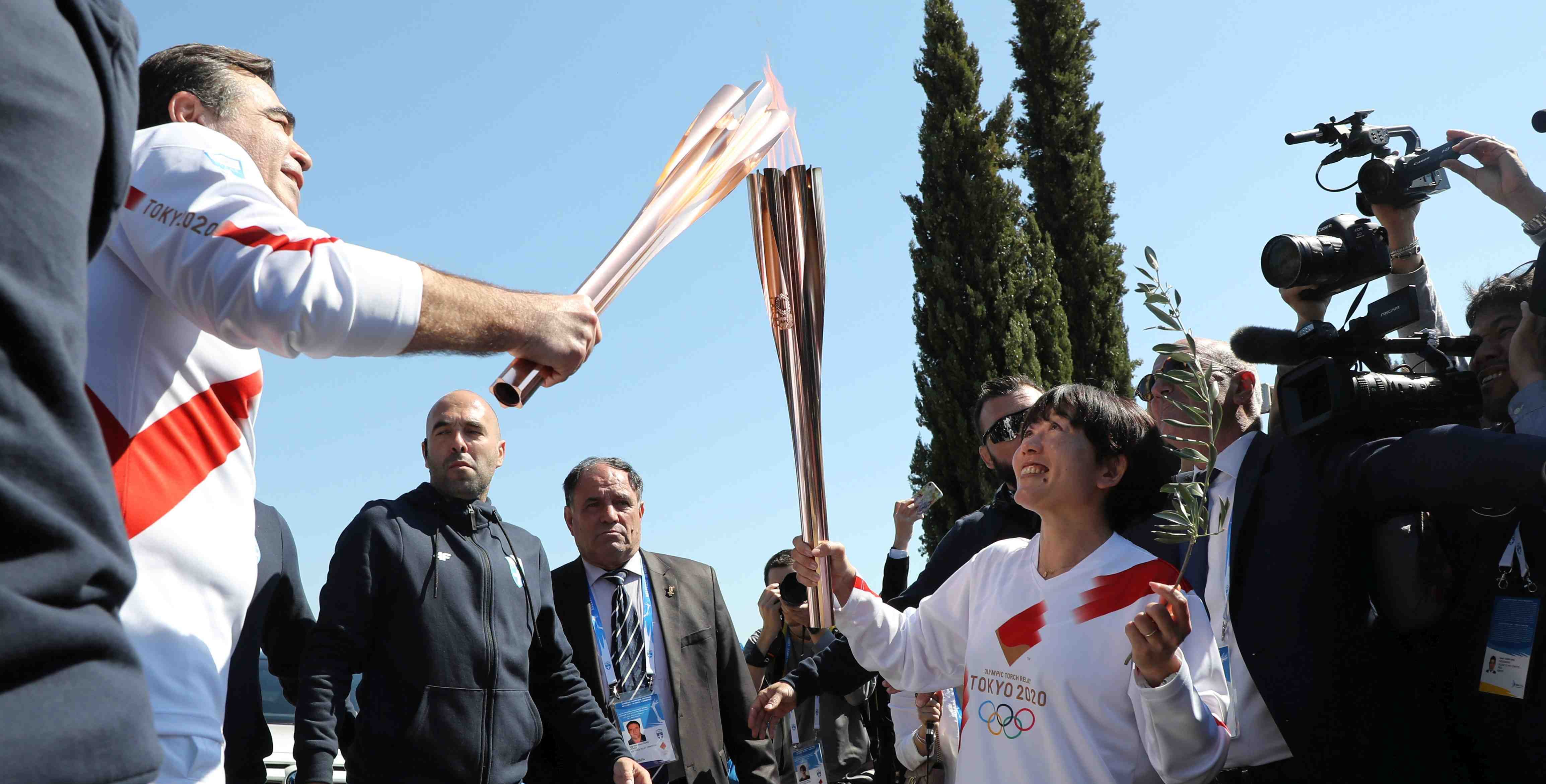 July 23 marked the second time that Japan has said, “One year to go until the Tokyo Olympics.” The reason, of course, is that the global coronavirus pandemic forced the tournament to be delayed.

On July 24, the newly built Japan National Stadium was supposed to welcome athletes and spectators from across the world. The Olympic flame was supposed to be set alight there just after dusk.

We want the Olympics to go ahead in 2021 to prove that the new coronavirus has not defeated us. It is a wish that many other people would share, no doubt.

However, the new coronavirus has infected approximately 15 million people across the globe, and more than 600,000 people have died. Tokyo itself reported relatively high numbers of new cases on several consecutive days in the week the event was originally due to begin.

In a Kyodo poll conducted in mid-July, 23.9% of those queried said that the Tokyo Olympics “must take place,” whereas 33.7% responded that “it must be cancelled.”

A large number of people see coronavirus countermeasures as more important than the Olympics, and there appears to be growing opposition to hosting the event.

Let’s Have Faith in the Power of Sports

In the United Kingdom and elsewhere, COVID-19 vaccine development is making encouraging progress. A breakthrough within the next year could improve the global situation drastically. Unless we proceed with COVID-19 countermeasures on the premise that the Tokyo Olympics will go ahead, the economy and society will never move forward.

In response to a recent Sankei Shimbun survey, nine Japanese sports associations stated that the Tokyo Olympics “should be held, even if it means doing so behind closed doors.” We interpret this as a clear declaration of intent by the Japanese sporting world.

Presumably, the world will eventually welcome the dawning of a post-COVID-19 world. But as the host nation of the Olympics, we need to inform the world that “we will definitely host the event.” We also want to encourage the athletes’ enthusiasm by continuing to move ahead.

It is arguably inevitable that sports have become less important during the national struggle against the coronavirus. With a culture of self-restraint spreading through society, some athletes aiming for the Tokyo Olympics and Paralympics have acknowledged, “I feel guilty when I train.”

However, we want people to recall the Great East Japan Earthquake in 2011. Japanese and foreign athletes supported the country’s recovery by rushing to help badly affected areas, delivering food and cheering up disaster victims.

“Only then did I see the true power of sport. To create new dreams and smiles. To give hope. To bring people together…. What we have seen is the impact of the Olympic values as never before in Japan.” These were the words of Paralympian Mami Tani (nee Sato) during her presentation at the IOC session in Argentina in 2013, when Tokyo won its bid to host the Olympics.

At the Rugby World Cup in 2019, volunteers gave foreign visitors a wonderful “omotenashi-style” welcome, and Japan progressed to the quarterfinals. The players and the Japanese people came together as “one team” to make the tournament successful — leaving us with nothing but proud memories.

Throughout the ages, sports have given us the tangible and intangible assets of social change and thrilling moments. Isn’t it now our turn to give the athletes a boost, as they continue to train hard despite the uncertainty surrounding the Tokyo Olympics?

We must not forget that their sporting endeavors could be the key to truly lift Japan in 2021.

We Want the Olympic Flame Next Summer

The  persistent self-righteousness of the International Olympic Committee (IOC) is plain to see.

The additional cost of postponing the Olympics is expected to reach several hundreds of billions of yen. However, without any agreement from the Tokyo Organizing Committee, IOC president Thomas Bach has set an upper limit of $800 million USD (about ¥80 billion JPY, a fraction of the expected cost) — a decision that has frustrated the Japanese people.

IOC vice president John Coates has informed overseas media of his personal opinion that October will be a key month in terms of deciding whether or not to host the Tokyo Olympics.

Coates wants to delay the final decision as much as possible, but it is difficult to ignore his irresponsible statement. The IOC needs to realize that this kind of  thinking gives the impression that the Tokyo Olympics is not necessary.

The recent shogi best-of-five series, which attracted national attention, does not quite have the same flamboyance as the world of Olympic sports. However, many viewers must have been absorbed in the exciting battles between competing opponents.

“The key thing is to enjoy it,” explained the new Japanese shogi king, teenager Sota Fujii. However, by this, Fujii does not mean that victory and defeat are insignificant. He was conveying the understanding that the effort spent in trying to win must be cherished.

One of the reasons why the Olympics is so moving is because the athletes go to extreme lengths to win on “that special day,” which only comes around once every four years. Therefore, we must not abandon the battle.

Let’s light the Olympic flame next summer and show the world we’ve not been defeated by the new coronavirus disaster. It’s still too early to give up.