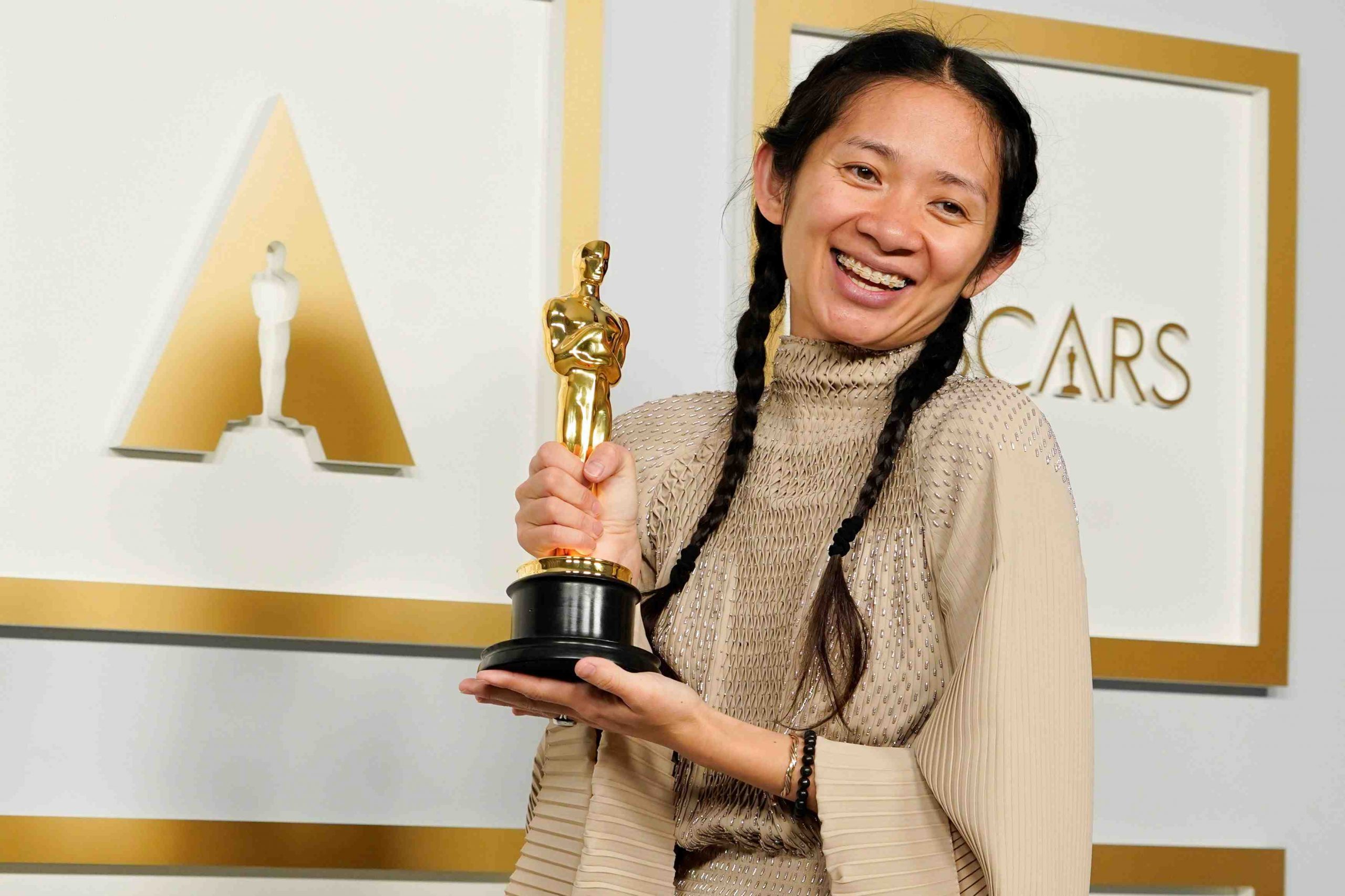 Director/Producer Chloe Zhao, winner of the award for best picture for "Nomadland," poses in the press room at the Oscars in Los Angeles, California, U.S., April 25, 2021. Chris Pizzello/Pool via REUTERS

The nature of the regime ruling China is inherently monstrously deformed.

That conclusion was once again reaffirmed by the way that the Chinese government reacted when a film made by a woman who was born in Beijing took top honors at the Academy Awards ceremony on April 25.

Nomadland swept the top prizes for best picture, best director and best actress. The movie is a unique kind of road movie depicting in semi-documentary elegiac fashion the lives of Americans forced by economic circumstances to live a vagabond existence.

Chloé Zhao, the 39-year-old director of Nomadland, thereby became the first woman of color and only the second woman ever to win the prestigious best director award.

However, although her historic win should have been a cause for jubilation in Zhao’s motherland, it went virtually unreported there and all mentions of it were scrubbed from the Chinese Internet and other social media. Such blatant restriction of freedom of the press and freedom of expression seems grotesque overkill.

Born into a wealthy family in Beijing, Zhao was sent to a boarding school in the United Kingdom as a teenager, then later attended a U.S. university and graduate school where she studied filmmaking.

In February of this year Nomadland was named best motion picture and Zhao best director at the 78th Golden Globe Awards. At that time, the Chinese media joined in the chorus of praise for her achievement.

It was only later that comments Zhao made to a foreign film magazine in 2013 surfaced. In that interview, when asked why she tells stories, Zhao replied, “It goes back to when I was a teenager in China, being a place where there are lies everywhere.”

Although Nomadland had been scheduled to premier in China on April 23, plans for its release were abruptly canceled and all searches by its Chinese name Wuyi zhi Di failed. Instead, they yield only the equivalent of the following message in Chinese: “Cannot be shown due to relevant laws, regulations or policies.”

In stark contrast was the coverage that Zhao’s historic win garnered in the Taiwan media, with photos of Zhao holding her Oscars appearing in various Taiwan newspapers with captions like: “A First for Asian Women” and “Unprecedented!”

Another contender at this year’s Academy Awards also raised China’s hackles. It was the film “Do Not Split”, directed by Anders Hammer, which had been nominated for best short documentary. The film was a look at the large-scale pro-democracy demonstrations that filled the streets of Hong Kong in recent years. As a result, for the first time since 1993. the Academy Awards ceremony was not televised in Hong Kong.

The Communist rulers of China are determined not to let their own people see anything which might cast them in a poor light. It is no different from the way they treat overseas reporting on issues like the violation of rights of the Uyghur minority in China.

The Beijing censors will sometimes go to ludicrous lengths to avoid criticism of what is merely embarrassing to their bosses.

When wags began comparing the figure and demeanor of supreme leader Xi Jinping to the fictional human-like teddy bear Winnie the Pooh, the censors were quick to react to the implied ridicule. Since then, their eagle eyes have been on the watch for illustrations of the abominable Pooh or references to his Chinese name Weini Xiong (bear).

Two-time Olympic figure skating champion Yuzuru Hanyu is well-known for his bringing with him a large stuffed Teddy bear to the “Kiss and Cry” interviews that follow a skater’s performance. As a result, Teddy bears have become must-have items for his fans worldwide.

With Beijing due to host the Winter Olympics in February of next year, it will be interesting to see if the Chinese authorities allow Hanyu and his legions of fans to bring their Teddys into venues for the games.

That will be a litmus test for the degree of freedom China is willing to grant—even to foreigners. How Pooh-san is treated may well become a new gauge of liberty in Xi’s China.