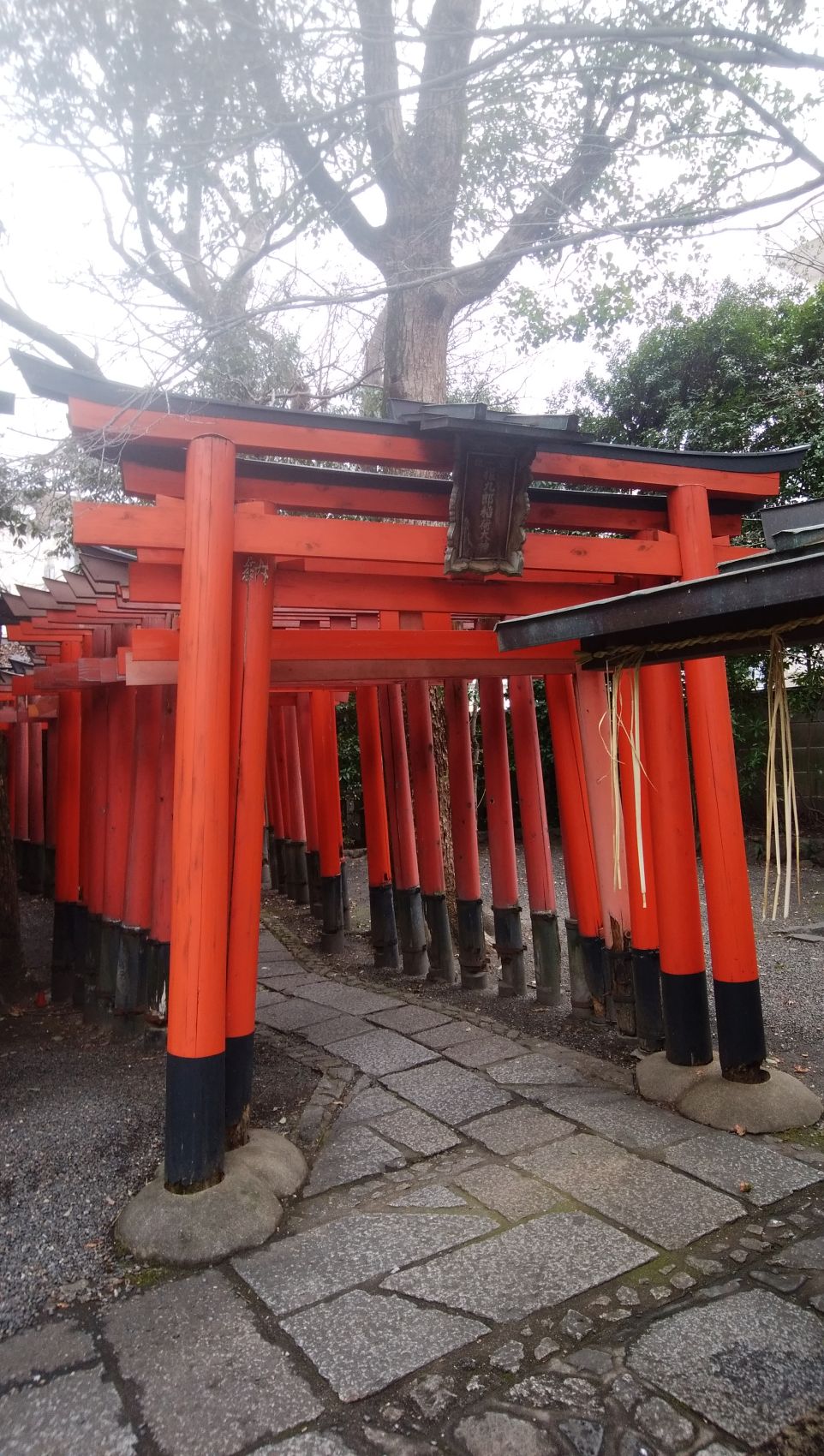 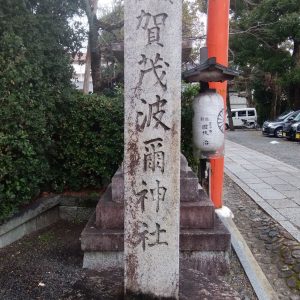 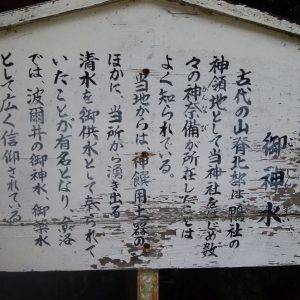 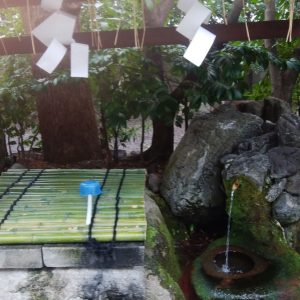 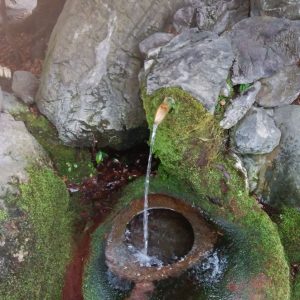 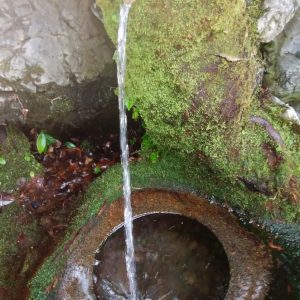 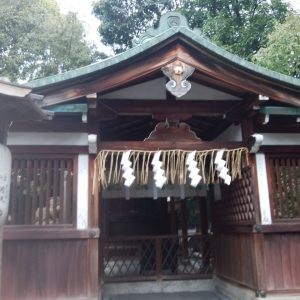 Near my apartment in Kyoto is a Shinto shrine of ancient origins which is known for a sacred well and its healing waters. I often drop in at different times of the day and night, and almost inevitably find someone there praying.

Worship here is very much a part of the daily life of the neighborhood. The gods are never far away.

When I lived in mainland China for three years, I had a nagging sense that something was lacking. It eventually dawned on me that what I missed was the festivals and religious rituals that play such an integral part in the Japanese ethos.

There were no omikoshi portable shrines being raucously carried through the streets, no joya no kane tolling of the temple bells on New Year’s Eve to rid me of all my worldly desires.

True enough, there are plenty of ancient temples in the People’s Republic of China (PRC) that have been restored after decades of neglect and the desecrations during the Cultural Revolution. Currently there is even a giant buddha building boom, with local governments vying to outdo each other in promoting the erection of garish colossal buddhas that will draw free-spending tourists.

In most cases, however, these are hideous creations that readily betray their mercenary intent.

Whereas during the Cultural Revolution the goal of the Communist regime was the eradication of religion, now it is co-option.

As was true then as now, the primary concern is ideological control and suppression of anything, including civil society groups and a free press, that could function as an alternative to the authority of the Party. The result has been the current systematic repression of non-authorized religious groups, the most severe crackdown since the Cultural Revolution.

Freedom House estimates that there are tens of thousands of religious prisoners being detained in People’s Republic of China today. This, despite freedom of religion being enshrined in China’s constitution.

Most Dangerous Force in Society

In 2016, Chinese President Xi Jinping himself explicitly warned, “We must resolutely guard against overseas infiltrations via religious means.”

However, the fact is that the Chinese people, especially members of the educated and relatively affluent middle class, are increasingly hungering for something beyond the materialistic dimension. This goes for many card-carrying Party members as well.

No one in the PRC has any faith in the purposely ill-defined mantras of socialism with Chinese characteristics,” “rejuvenation of the Chinese nation,” and the ubiquitous “Chinese dream.”

I recall how at the Beijing office I worked in, almost all the female Chinese staff had Buddhist paraphernalia on their desks, usually the photo of a respected monk. Ironically, the majority of these religious leaders appeared to espouse some form of esoteric Tibetan Buddhism — although they obviously were not aligned with the Dalai Lama — rather than Pure Land or other more mainstream Chinese Buddhist sects.

One indication of the spiritual vacuum in China is the fact that in recent years a growing number of wealthy Chinese have gravitated to the mysticism of Tibetan Buddhism.

Xi Jinping and other Party leaders clearly believe that religion is one of the most dangerous forces in society. That is demonstrated by the recent directives ordering the 90 million members of the Chinese Communist Party (CCP) to steer clear of the “spiritual amnesia” of religion at pain of expulsion from the Party.

The CCP has even seemingly linked faith in atheism to the ongoing anti-corruption campaign, warning, “Communism is about atheism, and superstition is at the root of many corrupt officials who fall from grace.”

Although it is ludicrous to call the crony capitalist CCP — which has any number of billionaires in its ranks — “communist” in any true sense, it remains unabashedly Leninist to its core.

The world has finally started to pay attention to the plight of the Uyghurs in Xinjiang. At least one million of them (one in eight out of their total number) have been herded into “reeducation camps” for deprogramming from the alleged taint of Islamic fundamentalism and for the acquisition of “new skills.”

Apparently, the idea is that indoctrination in “Xi Jinping Thought” will prevent the Uyghurs and other Muslim minorities from “falling into the mire of religious extremism.”

Many of the “reeducation” techniques for crushing the ethnocultural identity of subject population currently being employed in Xinjiang have already been road-tested in Tibet.

According to some projections, by the year 2025 China will have the largest population of Christians of any country in the world. Currently there are an estimated 67 million Christians in China: 58 million Protestants and nine million Catholics.

There are five officially-recognized religions in China, namely, Buddhism, Taoism, Islam, Catholicism, and Protestantism. Religious bodies have to register, and face a number of constraints under the new “Regulations for Religious Affairs,” including “supervision and inspection” of their religious and auditing practices and a ban on contributions from overseas organizations.

The last decade has seen the closing, sometimes violently, of a number of churches — both officially registered and unsanctioned “house churches.”

Fear and Control – and the Threat of Winnie the Pooh

Despite its ever-growing global footprint, the Chinese leadership seems to operate as much out of fear as newly-found confidence.

This explains why the Party has legions of paid Myrmidons scouring social media and censoring references not only to old enemies of the people like the Dalai Lama and Falun Gong, but also any mention of the satanic Winnie the Pooh — who bears a striking physical resemblance to Xi.

In the past the Chinese had generally been eclectic in their religious beliefs and tolerant of differences. There were no major religious wars, such as what ravaged Europe.

It is true that the elite Confucians often disdained popular religion, but they rarely interfered with its practice.

There was the major persecution of Buddhism during the Tang Dynasty in which the famous Japanese monk Ennin got caught up. But that had more to do with the desire of the government to confiscate wealthy estates of Buddhist establishments than any religious animus, although Taoist enemies of Buddhism did encourage the suppression.

Chinese authorities have always been well aware that the spread of religious cults often presage a change of dynasty. Today they continue to view popular religion with a jaundiced eye.

The government does not see any big political problems with Buddhism, which it regards as essentially Chinese. China does have the largest Buddhist population in the world.

In fact, some observers believe it wants to promote Buddhism as a counterweight to the increasing allure of Christianity. Some top prelates have even been recruited into the Party, which leads to the bizarre situation in which a religious leader must formally endorse atheism.

Even more Orwellian is the Party claim that it has the right to choose the next Dalai Lama, even though by definition the Dalai Lama is a reincarnation.

You might say that the Party position is that, as staunch atheists, they are the only ones who have the right to judge what is and what is not religion, and what a person of faith can and cannot believe.

Religion and the United Front

This is only one of many examples of the CCP’s rejection of universal values.

Of course, Marxism itself is an import and a product of post-Enlightenment European thinking. It is as Chinese as a Big Mac.

The mixing of the sacred and the profane can lead to some undesirable results, as shown in the case of Reverend Xue Cheng, former abbot of Longquan Temple and head of the government-run Buddhist Association. The summer of 2018 saw this Buddhist luminary-cum-Party stalwart forced to resign amid an investigation into charges that he forced several nuns to have sex with him.

Incidentally, I found my visit to Longquan in 2015 (when Xuecheng was still riding high) quite eye-opening. The temple on the outskirts of Beijing was a veritable beehive of activity with young, enthusiastic volunteers running around doing various jobs, including tending the fields and guiding groups of visitors through the complex.

I couldn’t help but think that the passion they displayed was akin to the collective fervor that prevailed during Maoist campaigns such as the Great Leap Forward.

All of the volunteers I talked to seemed well-educated and genuine devotees of Buddhism. I joined some of the believers in the gender-segregated men’s dining hall for a simple, silent lunch before heading to the translation and administrative center. Some of the monks working there are graduates of Tsinghua University and other elite educational institutions.

One public relations person, who had the unspiritual air of a cadre-in-residence, told me they envisage Longquan as a “mother temple” for the spread of Chinese Buddhism throughout the world, taking the Confucius Institutes as a model.

The Party has embarked on an effort to “Sinicize” all religious groups, especially Islam and Christianity, so that believers will adhere to core CCP values, including loyalty to the Party.

Tellingly, the state organs responsible for religious affairs in 2018 were placed directly under the powerful United Front Work Department to better enforce this policy.

Indeed, in his political report to the 19th Party Congress in October 2018, Xi declared the Party must “fully implement the basic goals of the Party’s religious work, uphold the Sinicization of religion, and enthusiastically provide guidance to religion so that it can be compatible with socialist society.”

As if to emphasize the Party’s importance, earlier in 2018, an article published by the National Religious Affairs Administration cheekily decreed, “Only Sinicized churches can obtain God’s love.”