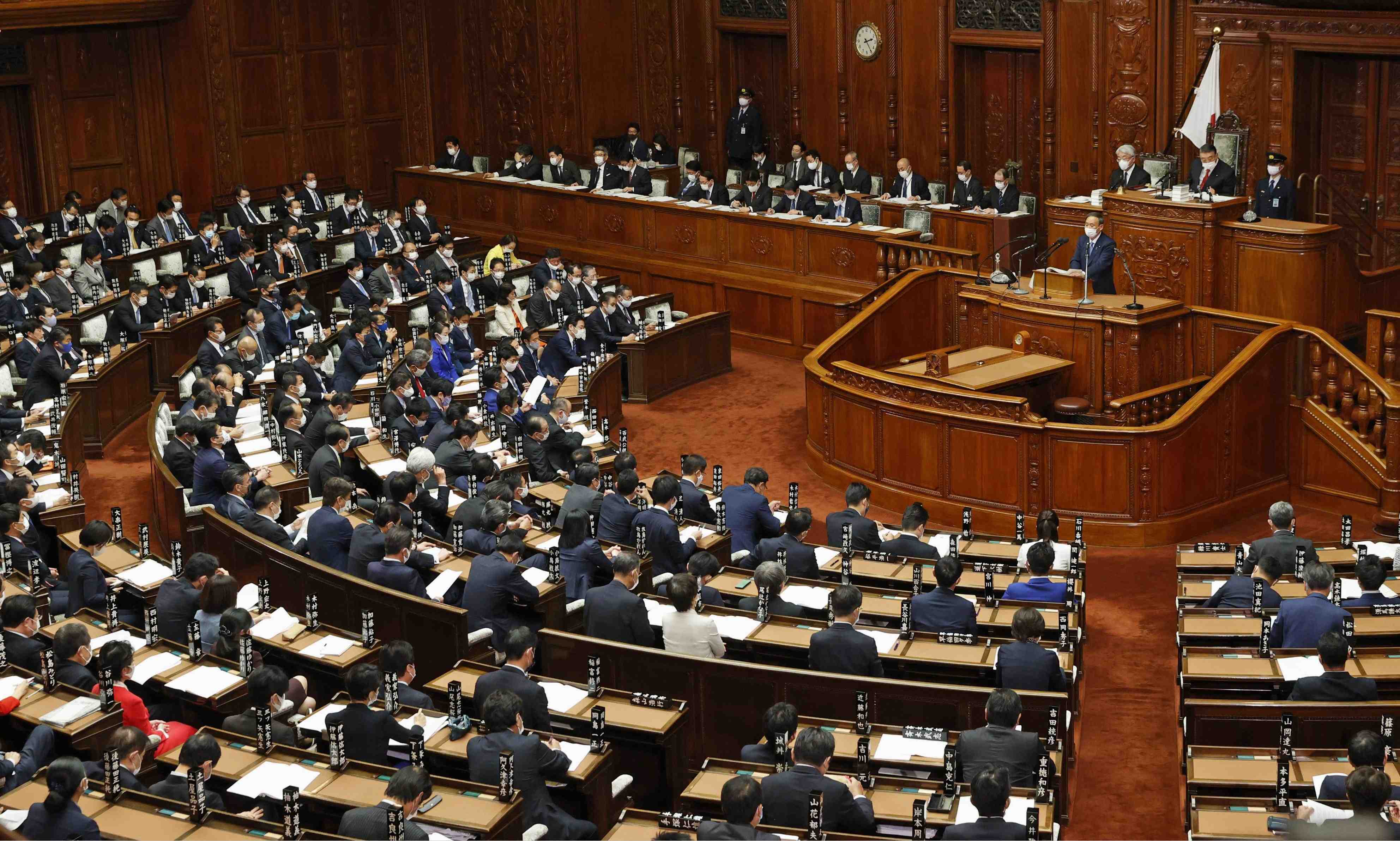 During the 150-day session, progress was made in areas such as COVID-19 countermeasures, the fiscal 2021 budget, and the revised referendum law.

Yet there is a major problem: there’s one key issue that remains to be tackled by the Diet and Japan’s political parties. That is the adoption of a parliamentary resolution condemning the Chinese government’s violation of human rights. A draft was prepared, but deferred by both Liberal Democratic Party (LDP) and Komeito leaders.

It appears that Japan’s parliament — the National Diet — and political parties do not grasp that the current era is one in which freedom, peace, and prosperity must be protected in the face of China’s tyrannical regime. It is as though time has stopped for them.

A draft resolution condemning China, put together by a group of parliamentary league members, focused on the problems in Xinjiang, Tibet, Inner Mongolia, Hong Kong, and Myanmar. It stated, “There are serious human rights violations happening in China, such as religious persecution and forced imprisonment.”

The draft demanded that these violations end immediately.

The draft also included a statement of “strong determination” — in order for the Diet to initiate action on introducing new laws that would prevent human rights violations, and help those who are affected.

Nippon Ishin no Kai, the Democratic Party for the People, the Constitutional Democratic Party of Japan, and the LDP’s foreign affairs division all completed their approval procedures. However, the Komeito did not provide consent, causing the process to be delayed.

It can be argued that the convention of having to gain consent from all relevant parties acted as a shield on this occasion.

Initially, the draft avoided using the word “China,” out of consideration for parties such as the Komeito, which puts emphasis on Japan’s relationship with the Chinese government.

It’s likely that Myanmar was added to this draft resolution — even though both chambers of the Diet have just adopted a resolution condemning the military coup in Myanmar — as a last resort, to make it seem less about China and increase the odds of winning approval. But that didn’t work.

Did the LDP and Komeito leaders approve a resolution condemning the coup in Myanmar, which is not a major country, but take a half-hearted approach when it comes to China?

If so, the failure to offer a helping hand to victims of human rights violations out of fear of a Chinese Communist Party backlash is frankly quite pathetic.

People from Xinjiang living in Japan, who expected a Diet resolution, are disappointed.

Earlier in June, Prime Minister Yoshihide Suga participated in the G7 summit, where a joint statement was issued, directed to China, asking it to recognize the human rights of Uyghur people and the situation in Hong Kong.

“China must also guarantee freedom, human rights, and the rule of law. I will stress what needs to be said [to China],” Suga told reporters. Deferral of the resolution pours water on the Suga administration and its diplomacy, which places emphasis on values.

The deferral is an error of judgment that merely encourages the oppressor, the Chinese Communist Party.

In 1995, 50 years after the end of World War II, there was a resolution that did not have unanimous approval. With this in mind, any political parties or Diet members against this current draft resolution should have registered their opposition in a dignified manner and it should have been put to the vote.

Isn’t the Komeito, which presents itself as a human rights party, contradicting itself? We want Natsuo Yamaguchi of the Komeito, Toshihiro Nikai who is secretary general of the LDP, and chairperson of the Diet Affairs Committee Hiroshi Moriyama to explain clearly why the resolution has been deferred.

With ruling party leaders showing this soft stance toward the Chinese Communist Party, anxiety grows as to whether the government can actually implement policies designed to strengthen Japan’s defense capability and economic security in the face of Chinese aggression.

Prime Minister Suga, the head of the LDP, has a responsibility to explain matters to the LDP and Komeito’s senior figures, and get them to change their soft stance on China.

There are also deep-rooted problems among the opposition parties.

On June 16, a law limiting the use of land near important facilities was passed with support from the ruling parties, Nippon Ishin no Kai, and the Democratic Party for the People. The important facilities in question are places such as Japan Self-Defense Force and Japan Coast Guard facilities, and nuclear power plants, in addition to remote islands.

We should welcome the enactment of this necessary law.

However, there is a problem. The Constitutional Democratic Party of Japan and the Japanese Communist Party tried to prevent the law from being passed. From a security perspective, this was highly irresponsible.

The sale and use of land is hardly restricted under the law. Only hostile nations and those who wish to engage in spying, or sabotage will find their activities restricted. With the Constitutional Democratic Party of Japan being difficult, it makes it hard to have constructive discussions about security.

The Diet will probably keep looking into COVID-19 countermeasures even after the closing of this latest ordinary session. This makes sense.

However, we want them to move forward with serious discussions on the defense of the Senkaku Islands (Okinawa Prefecture), Taiwan, and human rights issues, too.