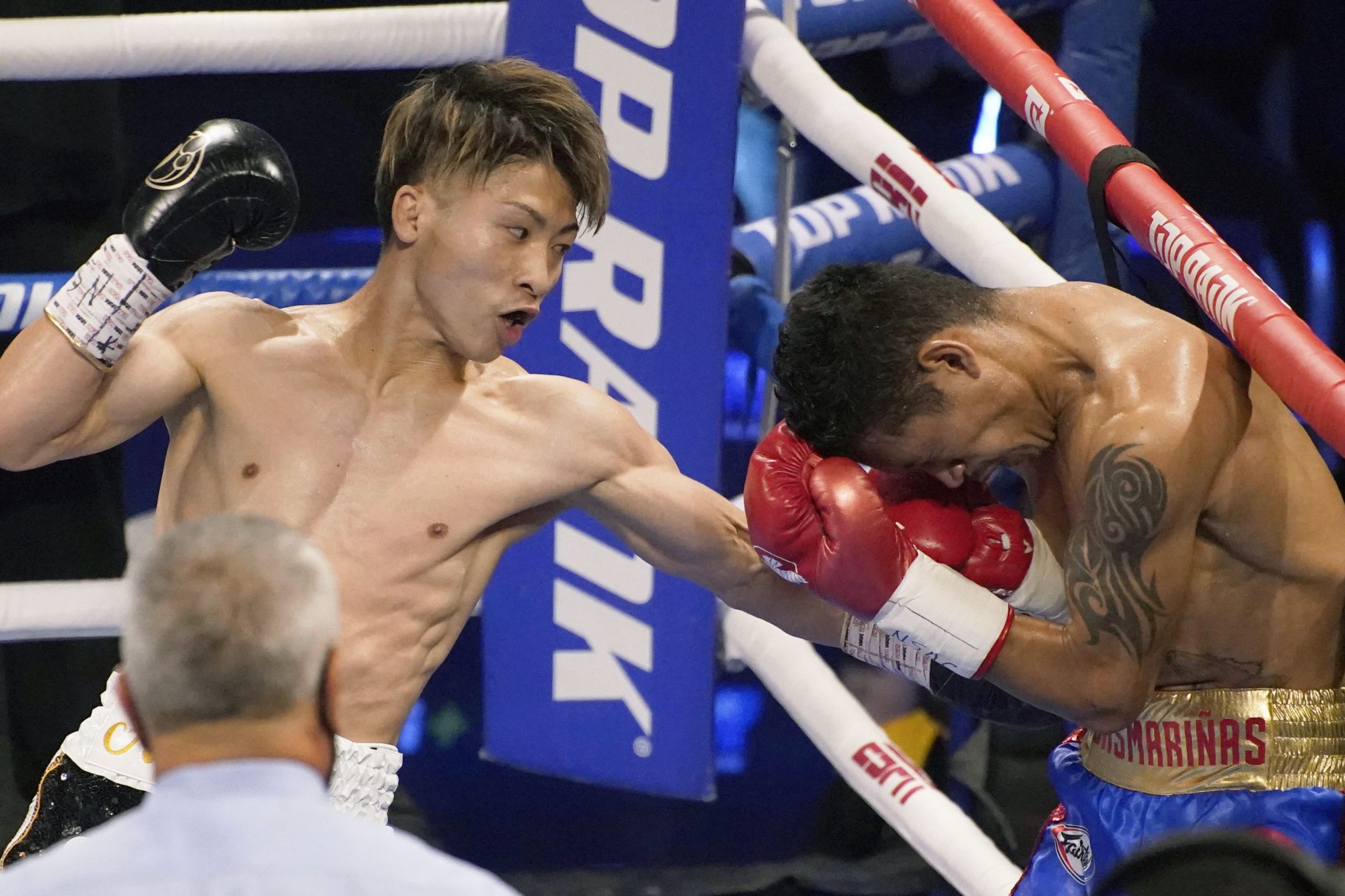 Naoya “Monster” Inoue lived up to his reputation as one of the world’s premier pound-for-pound fighters in Las Vegas on Saturday, June 19.

Inoue’s punching power proved too much for Filipino challenger Michael Dasmariñas to handle at Virgin Hotels Las Vegas, and the WBA and IBF bantamweight champion knocked his opponent down twice in the third round. The second time was the knockout blow as Inoue improved to 21-0 as a pro, including 18 knockouts.

"Against a No. 1 ranked fighter like Dasmariñas, I think I had a great win," Inoue, who landed 65% of his punches, told reporters after the fight. "I like to prepare to knock him out with a head shot or a body shot. I can't prepare [for a specific one]. To get the knockout, I am very happy."

In the run-up to the scheduled 12-round bout, Monster predicted his opponent wouldn’t go the distance, and the second round was a preview of things to come in the third.

Inoue’s on-target punches to Dasmariñas’ midsection sent him sprawling to the canvas in Round 2. After the No. 1 IBF-ranked challenger got up, he was saved by the bell. But it was more of the same in the third round as Inoue inflicted more damage and pain.

Landed with pinpoint accuracy, Inoue’s sharp hook to his opponent’s liver sent him tumbling to the canvas while agonizing with pain late in the third round. Referee Russell Mora stopped the fight with 15 seconds left in the round.

For Inoue, his success in sticking to his aggressive fight plan paid off.

"After he went down with a body shot the first time," Inoue told reporters through an interpreter, according to ESPN. "Yeah, I pretty much decided that I was going to take him out with a body shot."

In dictating the tempo and fistic tone of the fight, Inoue demonstrated again that his ring generalship is a devastating force to be reckoned with.

And the result was hardly surprising: Monster’s 14th straight knockout in world-title fights.

Dasmariñas (30-3-1) was unable to force Inoue to deploy a defensive first-approach from the get-go. The Filipino took a cautious approach in the early going, keeping his distance.

Instead, the Japanese champion controlled the action with his potent mix of speed and strength.

"[Dasmariñas] didn't come out as much as I thought he would, starting the bout trying to keep the distance," Inoue was quoted as saying by Kyodo News.

"I thought it would take a bit of time to knock him out [attacking his head], so I switched to the body."

What’s next for Inoue?

His most likely next opponent will be the winner of the John Riel Casimero-Nonito Donaire title fight on August 14.

Donaire owns the WBC title belt, while Filipino compatriot Casimero is the WBO champ, and both fighters watched Inoue from the Vegas arena on Saturday night.

For the winner, a lucrative unified title fight with Inoue is expected to follow.

With the victory over Dasmarinas setting him up for a high-profile fight, Monster is already thinking about his next foe.

"Getting the win gives me a smile but to be able to fight the winner of Casimero and Donaire, that brings me another smile, as well," Inoue was quoted as saying by CBS Sports.

Ever the showman, the Zama, Kanagawa Prefecture native wanted to remind both men that he's not someone they can take lightly in the ring.

"Of course that was on my mind," Inoue said of facing Casimero or Donaire, according to ESPN.com. "And looking forward, it was a motivation for me to basically show them and basically appeal to them that, hey, I'm out there and I'm good."