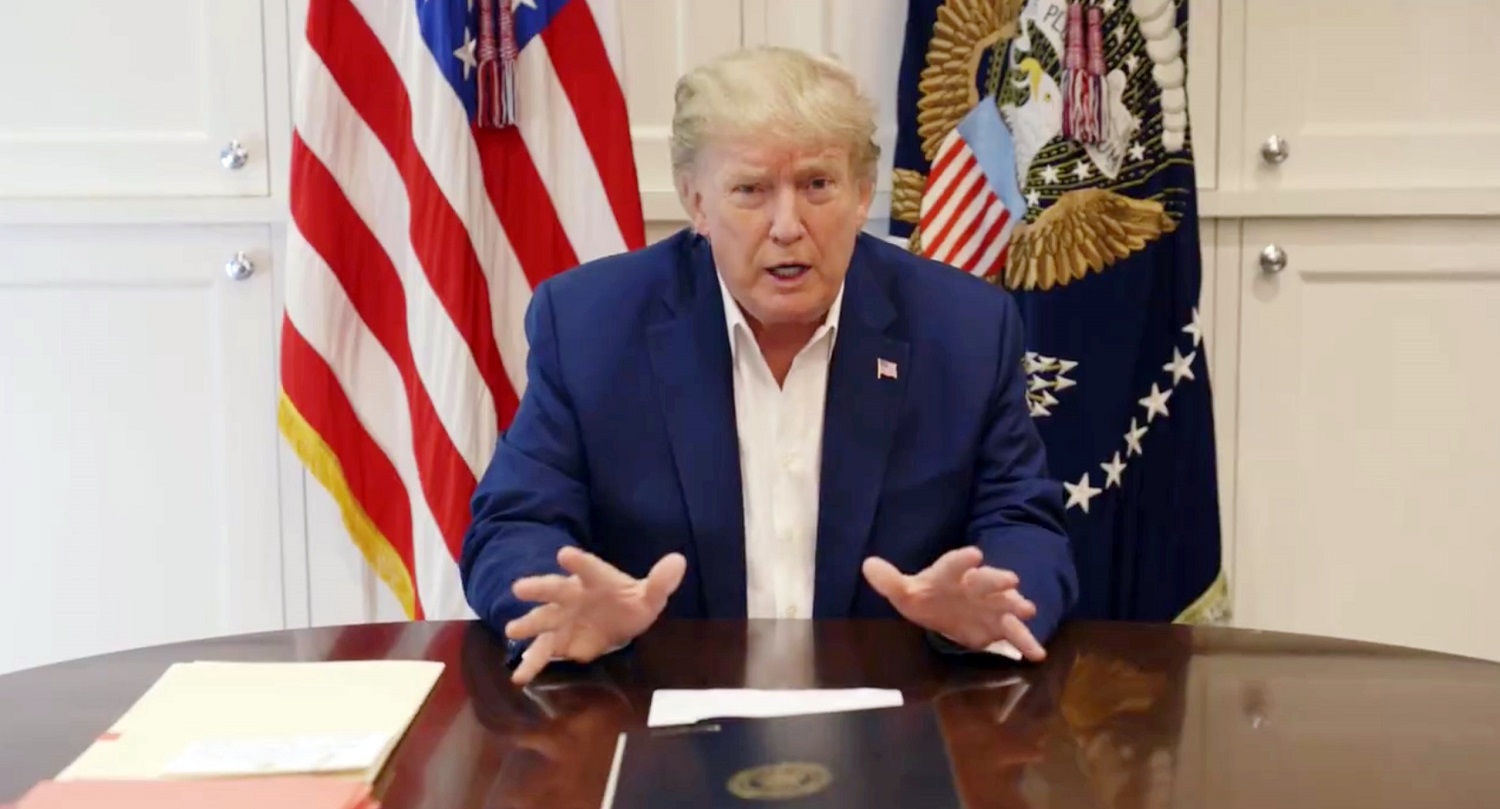 United States President Donald Trump has tested positive for COVID-19, it emerged on October 2. He will stay in isolation at the Walter Reed Medical Center near Washington, DC for a few days to be on the “cautious side” while undergoing treatment, he said in a brief video broadcast from the hospital.

Other world leaders, such as British Prime Minister Boris Johnson and Brazilian President Jair Bolsonaro, have continued to work this year while being infected with COVID-19.

There is no need to panic. We pray that President Trump recovers as quickly as possible. However, arrangements need to be made to cover the President’s absence.

Trump is supreme commander of the world’s most powerful military, the U.S. forces. The U.S. government and its military must not be weakened under any circumstances.

There is one month to go until the U.S. presidential election, which will be contested between President Trump of the Republican Party and former Vice President Joe Biden of the Democratic Party.

The first televised presidential debate between Trump and Biden took place on September 29. The remaining two debates are scheduled for October 15, and October 22.

Naturally, the schedule might have to be adjusted due to Trump’s situation. However, we want the two candidates to engage in further debates in some shape or form, so that American voters can really scrutinize what they have to say.

Considering the crisis surrounding the President’s infection, is it really possible to conduct a free and fair election, and select the country’s leader to the satisfaction of the electorate? Democracy comes into question at times like these.

U.S. Secretary of State Mike Pompeo regards the tension between the U.S. and China as a clash between democracy and communism, and is calling for the formation of a new alliance of democracies. This is exactly why democracy must be preserved via this election, and why it is significant that democracy is shown to be functioning. If something unexpected were to happen in this world, it is the U.S. that has the power and infrastructure to deal with it.

“China has suppressed COVID-19 effectively because of the Chinese Communist Party’s strong leadership,” boasted President Xi Jinping in a speech on the pandemic, emphasizing the superiority of one-party rule. The Chinese Communist Party’s stance on the pandemic is that they have done everything correctly. If they cover up information, they conceal the truth, dismissing criticism and contrary opinions.

But can such a path really be described as a victory against COVID-19?

In the televised presidential debate on September 29, Trump and Biden traded insults, but at least there was competitive discussion about the Trump administration’s handling of COVID-19.

The U.S. leader is changing his stance on face masks, having previously said that they were unnecessary. And no doubt he is reflecting on his handling of personal measures to control the virus.

We want to see a president, and a United States of America, that are both strong and resilient through this crisis.