Can the Quad Deliver? China’s Predatory, Revisionist Ways Should No Longer Go Unchallenged 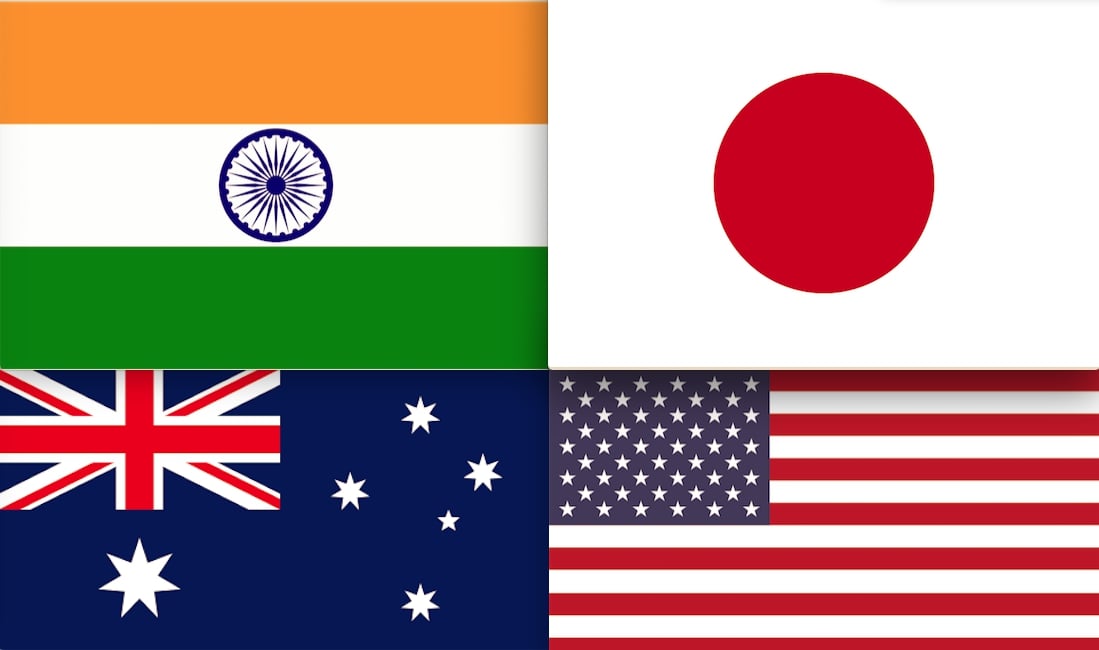 The second foreign ministers’ meet of the Australia-India-Japan-United States “Quad” is scheduled for Tuesday, October 6, in Tokyo, as announced by Japanese Foreign Minister Motegi Toshimitsu. This is the first major meeting between the four foreign affairs counterparts against the backdrop of COVID-19 — a virus epicentered in the city of Wuhan, China, and which spread globally from there.

This, in fact, is likely to be the echoing background score in the corridors throughout the Quad discussions, given the catastrophic proportions of loss in terms of human life and economic ruin that the Wuhan virus pandemic brought along with it. For that matter, this could well be the beginning of a far more robust approach to regional security undertaken by the Quad, the Quad-plus, and their respective regional partners across the Indo-Pacific.

It is high time that the post-COVID-19 world should overhaul its assessment of China in all aspects, including on related economic policies, geo-strategic approaches, and humanitarian issues.

The focus of the Quad meeting will undoubtedly underline the need for tangible steps and joint efforts to secure regional security against unilateral attempts by China to disturb the status quo. These should pinpoint the requisite adherence to international norms and agreements, including the rule law, freedom of navigation, and overflight in the international waterways, against China’s territorial expansion in the South China Sea, the East China Sea, and Himalayan borderlands.

The unequivocal message that the Quad needs to convey is that predatory, unilateral, and revisionist posturing and policymaking will not go unchallenged anymore in Asia and beyond. Illustrations of appropriate action in this regard can be found in the actions of late by two Quad members, namely India and Japan.

First, there is India’s decision to dispatch its frontline naval warship to the South China Sea for the first time since the fatal clash in the Galwan Valley with China in eastern Ladakh during this summer. India considers the maintenance of stability in the South China Sea as part of the global commons.

Second, Japanese Prime Minister Yoshihide Suga reportedly is considering visits to Vietnam and Indonesia in mid-October as his first overseas trip since assuming office as PM. This only underlines the focus of the Suga Cabinet on the Indo-Pacific, as well as the ASEAN.

RELATED READ: EDITORIAL | China is a Security Threat to Japan, and the Defense White Paper Should Say So

Interestingly, Suga is reportedly following Shinzo Abe’s precedent by visiting Vietnam and Indonesia, just as the latter did after the inauguration of his second administration in 2012. As part of his agenda to continue and carry forward the legacy of former Prime Minister Abe’s foreign policy on most issues, Suga has been backing the concept of a “Free and Open Indo-Pacific” that advocates the importance of democratic values and adherence to the rule of law, which is anticipated to be among the top priorities of his Cabinet.

Bilateral understanding of the need for close coordination between Japan and the U.S., and with the Quad, has been enhanced by China’s growingly abrasive forays into the East China Sea, especially around the Senkaku Islands. This reaction is only a natural consequence and response to Beijing’s strategy of gnawing away at neighboring territory to fulfil its “Middle Kingdom” agenda.

While commissioning the former in practice, China’s President Xi Jinping has adopted a masquerading tone in principle, as he did when he addressed the United Nations General Assembly on September 22. There, he said: “We will never seek hegemony, expansion, or sphere of influence. We have no intention to fight either a cold war or a hot war with any country. We will continue to narrow differences and resolve disputes with others through dialogue and negotiation.”

The U.S.-Japan alliance will remain the lynchpin of regional security, as has been traditionally, while deliberations among all Quad members continue on regional peace and stability in the East China Sea and Northeast Asia. That said, Prime Minister Suga might be found doing a tough balancing act when it comes to the question of sharing costs of maintaining U.S. military bases in Japan.

With around a month to go before the U.S. presidential election, Secretary of State Mike Pompeo has made notable references to the Chinese Communist Party that are redolent of the CCP’s role and absolute control over the affairs of the People’s Republic of China. Going into polls, President Donald Trump and his administration have expectedly adopted a tough line on China on a range of issues, including Beijing’s dubious handling of the Wuhan virus situation, the continuing trade and economic crisis, and wider security and stability issues in the Indo-Pacific.

October has become even busier for Tokyo with Chinese Foreign Minister Wang Yi’s proposed visit to Japan’s capital. The visit seems to be part of China’s design to improve its post-pandemic image in Japan, just as he attempted, albeit failingly, while visiting Europe a few weeks ago.

There will be questions galore regarding the spread of the COVID-19 virus from Wuhan. These range from the unconvincing role played by the World Health Organization in the crucial initial course of the pandemic, to Beijing’s “mask diplomacy.”

Perhaps a message that Wang Yi can be uniformly expected to receive is that China shall no longer find success in employing ruse methods such as the pandemic for camouflaging its strategy related to territorial expansion. For that matter, Beijing is expected to find itself far more cornered on its brutal circumvention of Hong Kong’s pro-democracy movement, and challenged on offering its customary and empty “win-win solutions” slogan.

The ground realities of China’s activities and movement in the South China Sea, the East China Sea, and the Himalayan borderlands are being recorded by the day. These are facts that will go down in the archival record books as the antithesis to Beijing’s misleading diplomatic statements.

The Quad countries will have to undertake drastic measures to ensure that previously-linked economic systems of Southeast and Pacific Island countries, currently heavily dependent on China, are gradually made relatively independent. This would provide naturally-enhanced leeway to those nations, their partners, and regional allies to better secure the stability and geo-strategic balance across the Indo-Pacific and beyond.

It is high time that there is a collective imposition of checks and costs on China’s revisionist and destabilizing exercise of power. Eyes will be on the Quad this time, to see if they can deliver.