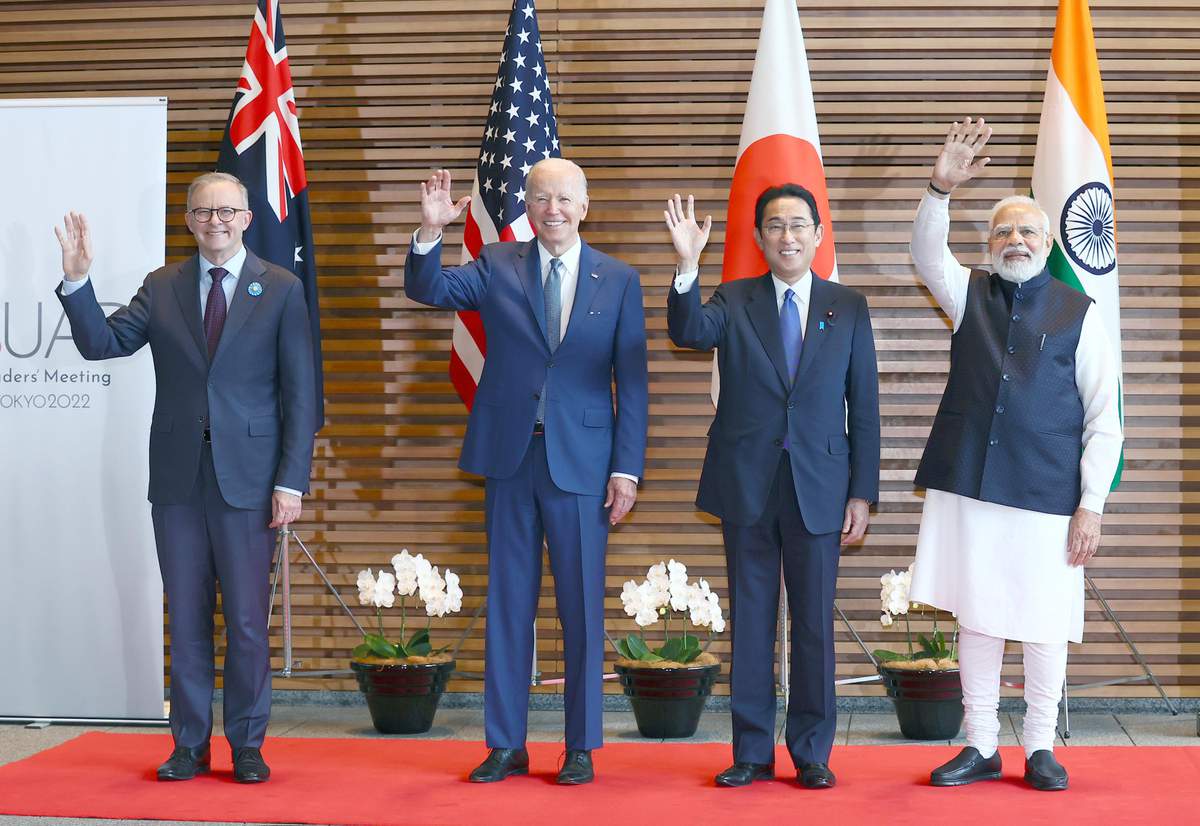 The message that the leaders of Japan, the United States, Australia, and India sent to China at the Quad Summit in Tokyo on May 24 was highly significant. At the meeting, the four partners indicated that they would work closely together to deter Japan’s giant neighbor from pursuing hegemonism in the Indo-Pacific.

During his opening remarks to the Quadrilateral Security Dialogue summit meeting, Prime Minister Fumio Kishida spoke of Russia’s invasion of Ukraine and then added, “We should never allow such a thing to happen in the Indo-Pacific.”

The Prime Minister’s comment hit the nail on the head, as he was clearly objecting to China’s maritime expansion in the East China Sea and South China Sea in blatant disregard for international rules, as well as its eyeing of an opportunity to annex Taiwan.

In their joint statement, the four leaders reaffirmed their opposition to the use of force to change the status quo in any region, as well as coercive, provocative, unilateral actions that raise tensions.

Especially noteworthy was the fact that despite avoiding naming China, the statement made concrete references to its violations of international norms. Among them, its military activities in areas where it is embroiled in territorial disputes, and interference with the development of natural resources by nations to which they rightfully belong. The statement would have been even better if it had touched directly on the Taiwan Strait issue.

Australia’s newly elected prime minister, Anthony Albanese, attended the summit, even though he had led the then- opposition Labor Party to victory in the general election only two days earlier, on May 22. He still insisted on flying to Tokyo, saying that the summit was a “matter of highest priority for Australia.”

In the past, the Labor Party tended to follow a pro-China line. This time, however, it has clearly undergone a change of thinking in that regard.

One reason is that Australia feels directly threatened by China’s strong penetration into the Pacific Island nations. The recent security pact Beijing forged with the Solomon Islands is symbolic in this regard. Quad proposals to strengthen ties in the region — for example, by bolstering cooperation designed to improve local economies, and policies to cope with climate change — are appropriate responses.

Regarding Russia’s invasion of Ukraine, besides consensus on the principle of opposition to unilateral changes to the status quo, Prime Minister Kishida said that the four leaders “expressed their concerns about the tragic conflict.” However, in apparent consideration of the views of India, they went no further.

The goal of Quad members to pump over $50 billion in infrastructure assistance and investment into the Indo-Pacific region over five years helps provide a counterbalance to China’s massive “One Belt, One Road” economic zone concept.

The Quad now needs to function as a promoter of a “free and open Indo-Pacific.” Indeed, broad cooperation within the region will be needed to deter China. The group should also look to develop solidarity with nations in Southeast Asia and South Asian countries in the region, among others.