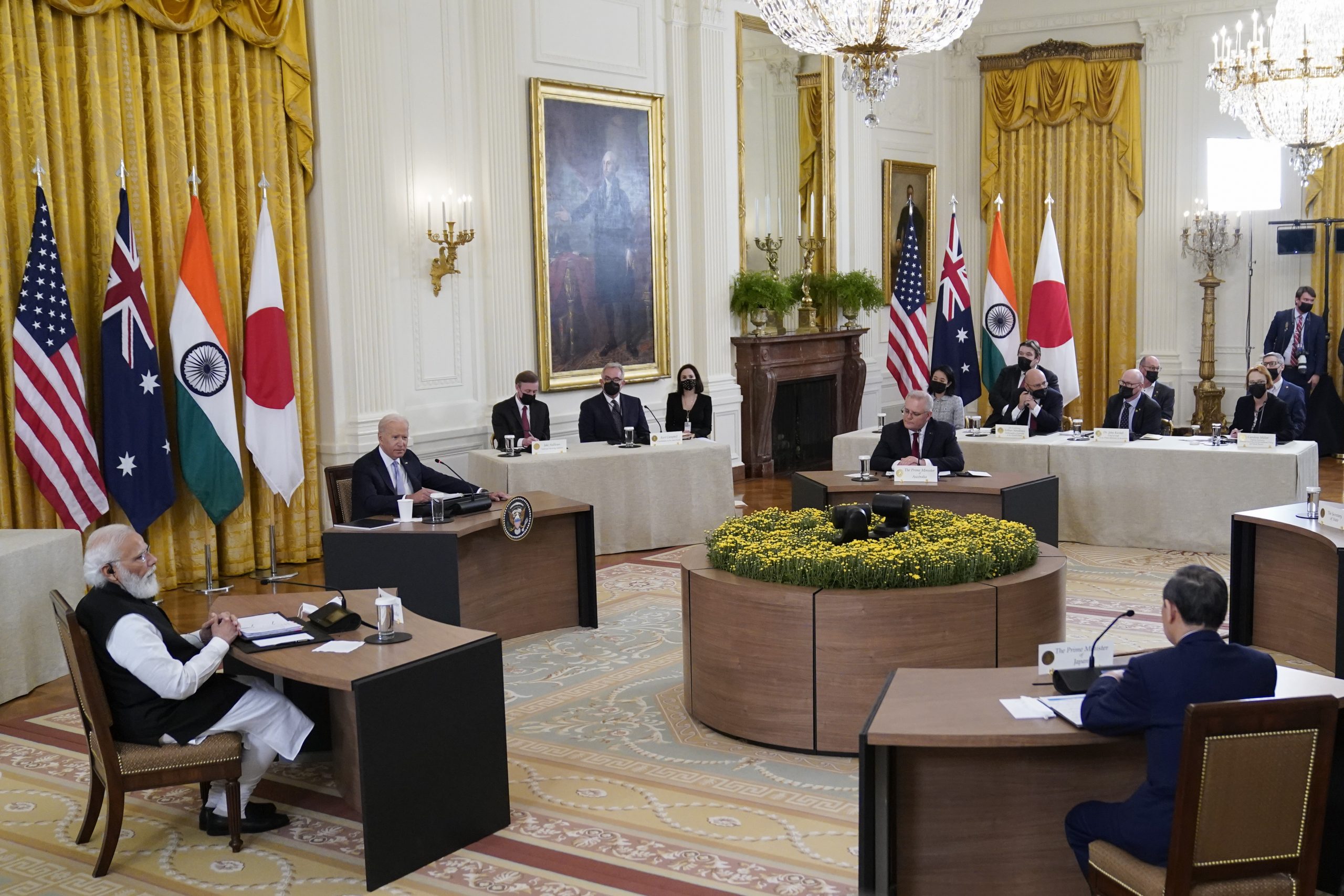 The upcoming Quad meeting in Tokyo in late May 2022 promises to be quite an interesting affair, although there are a few challenges as well.

The Quad has made  remarkable progress since it was resuscitated on the sidelines of an ARF Summit in Manila in 2017.  The original Quad had met an untimely death soon after it was set up in May 2007.

The Quad leaders met for the first time (in person) in Washington in September 2021. In a joint statement they noted that “together, we recommit to promoting the free, open, rules-based order, rooted in international law and undaunted by coercion, to bolster security and prosperity in the Indo-Pacific and beyond.”

While the Quad countries are in agreement on the issue of China, they are not on the same page when it comes to Russia. The biggest challenge for the Quad will be India’s reluctance to take a strong stance when it comes to the Russian invasion of Ukraine.

While the other members of the Quad — that is the United States, Japan and Australia are in agreement on the question of Ukraine, India seems to be the odd man out in this case.

Differences Between India and Japan

With Japan, the main difference with India is on the question of Russia. In addition, economic ties between the two countries have not reached the level they were supposed to.

On Ukraine, Japan’s stand is in sync with its ally the United States, and Tokyo has also expelled a few Russian diplomats. Here, the differences between India and Japan are clear.

Issued during the visit of Prime Minister Kishida to India, the   joint statement merely notes that the leaders: “reiterated their call for an immediate cessation of violence and noted that there was no other choice but the path of dialogue and diplomacy for resolution of the conflict.”

Thereafter, however, India denied access to an SDF aircraft which was ferrying humanitarian aid to Ukraine.

Defense collaboration between India and Japan also has not proceeded at the pace expected earlier. There has been no deal between the two for the purchase by India of Japanese made Shinmaywa US-2 amphibious aircraft.

Areas of Cooperation Between India and Japan

There are a host of areas where India and Japan are collaborating, however. These include joint exercises between the armies, navies and air forces of the two countries.

RELATED: Japanese Investment in Northeast India: What Lies Ahead?

India is also building a high-speed railway corridor between Ahmedabad and Mumbai using Japan’s famed Shinkansen technology. Moreover, the two countries are collaborating in third countries like Sri Lanka, which is important as both India and Japan have not joined the China-led Belt and Road Initiative (BRI)

There are other differences between India and the other Quad partners. Among them is the trade issue of weapons supplies that India has been sourcing from Russia, especially the S-400 missile systems that India has purchased from Russia. In addition, India has not stopped buying Russian oil, although the United States has expressed its displeasure.

Keeping the Big Picture in Mind

The Ukraine issue could cost the unity of the grouping and this will be very unfortunate.  India’s historical friendship with Russia goes back to the early years of its independence when the erstwhile Soviet Union helped with its industrialization. In the 1971 India-Pakistan war, the Soviet Union helped India, which was critical in India’s victory.

However, there are other issues that demand attention from the Quad countries, which include Taiwan. In addition, the Quad countries have also been looking at possible alternatives to the China-backed Belt and Road Initiative (BRI).

As we have seen, many countries like Sri Lanka have been caught up in a debt trap under the Chinese financing program. Hence it is in the interests of countries like the Quad countries to provide an alternative.

However it is important for Japan and India to look at the larger picture when it comes to the Quad.