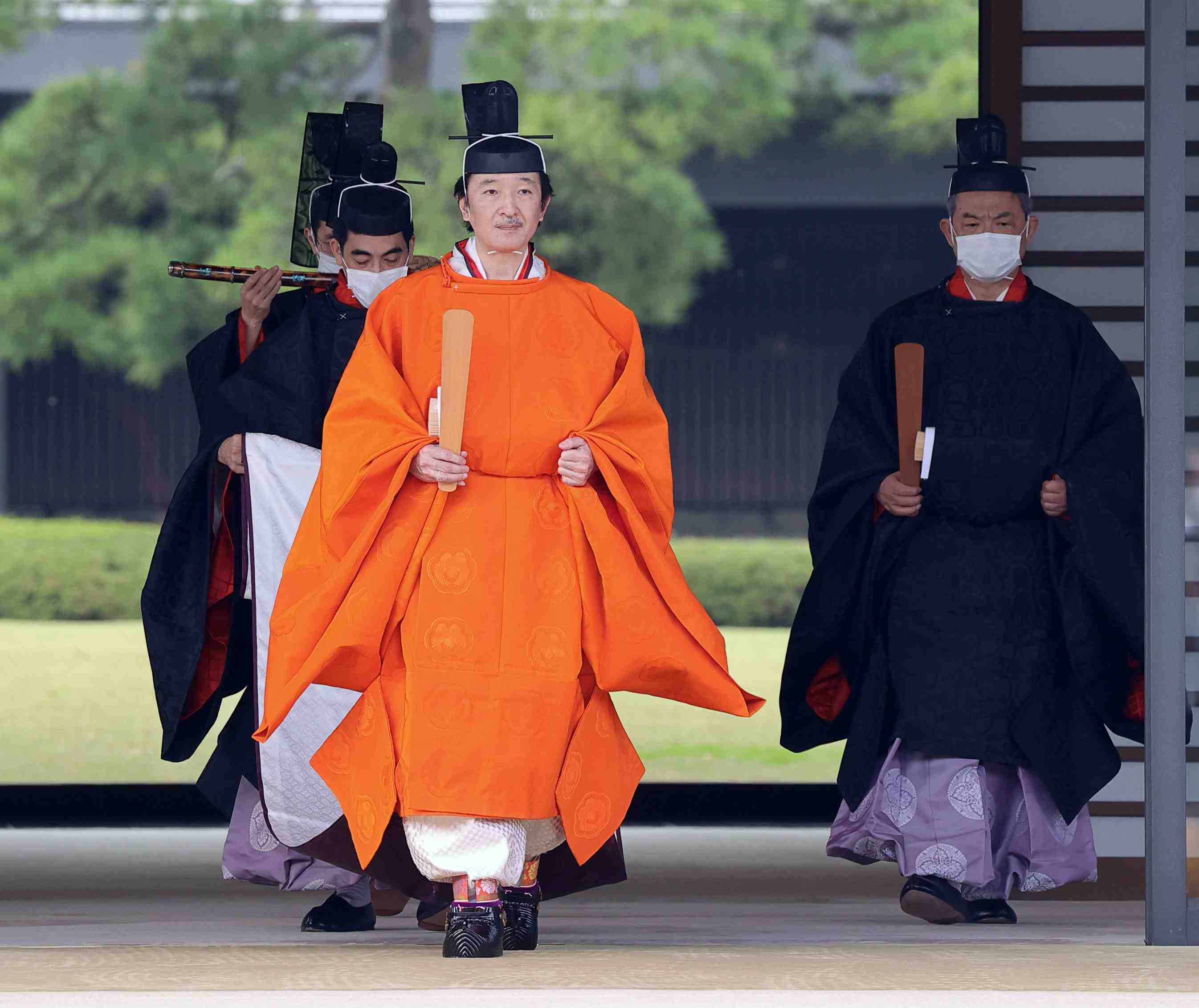 An editorial of The Sankei Shimbun presented in English by JAPAN Forward:

~It is highly regrettable that we became embroiled in debate about making it easy to enthrone an emperor from the matrilineal line.~

Crown Prince Akishino (Fumihito) was officially named as next in line to the Chrysanthemum Throne in a solemn state ceremony carried out at the Imperial Palace on November 8.

We again would like to extend our deepest congratulations to the new crown prince.

The Rikkoshi Senmei-no-gi rite proclaiming the elevation of the new crown prince was the last important ritual in the transition following the enthronement of the Reiwa Emperor. Naruhito became emperor after his father, the Heisei Emperor (Akihito), abdicated in April 2019. The Crown Prince is the younger brother of the current emperor who has no sons. 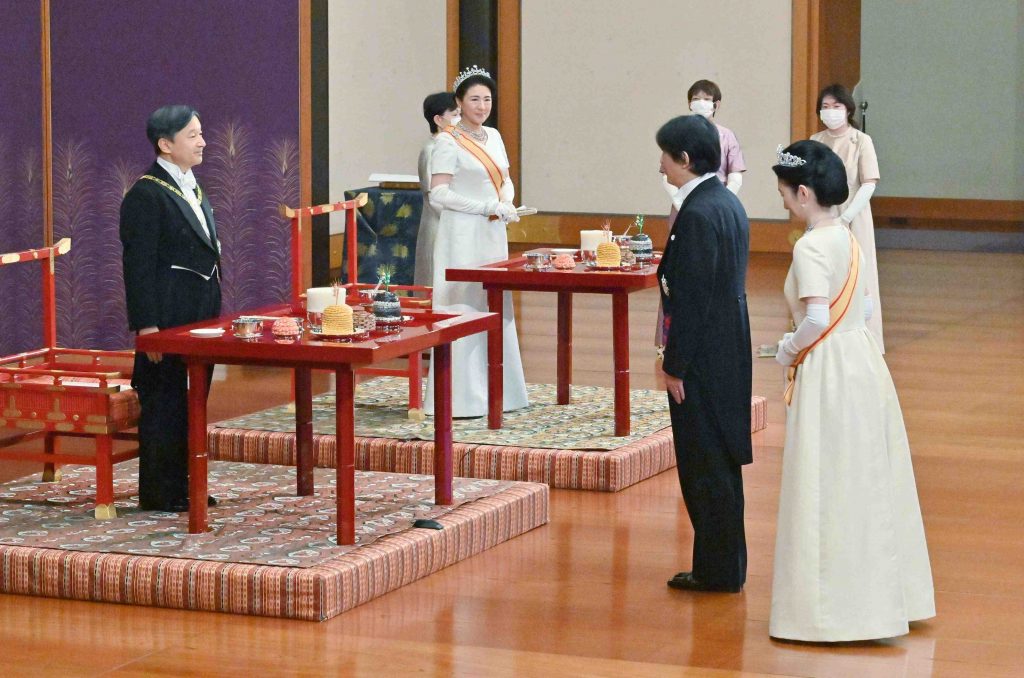 The ceremony had originally been scheduled for April but was postponed. Attendance was limited due to the novel coronavirus pandemic.

The Crown Prince also took possession of the Tsubokiri no gyoken sword, which is passed down from crown prince to crown prince as a symbol of their status.

Prime Minister Yoshihide Suga and other senior officials from the three branches of government, as well as other representatives from home and abroad, offered their congratulations.

Now that the Rikkoshi Senmei-no-gi has been successfully completed, we need to squarely face the issue of adopting policies that will ensure the stable succession of the imperial line. 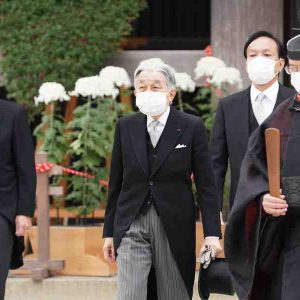 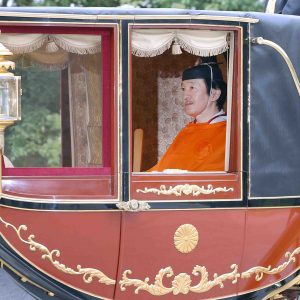 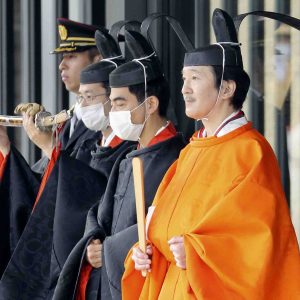 At present, the only male in the imperial family who is younger than the Crown Prince and would be qualified to assume the throne is his own 14-year-old son, Prince Hisahito.

In other words, the proclamation celebration clarified that the line of succession to the throne passes from Emperor Naruhito to Crown Prince Akishino and then to Prince Hisahito.

This is consistent with the hallowed principle that imperial succession should be limited to male descendants within the male line. According to Article 5 of a special law on abdication passed in 2017, the crown prince shall be chosen in accordance with the provisions of the Imperial Household Law of 1947. That law mandates succession through the male line.

It is highly regrettable that we had reached the point where we forgot this natural order of succession and became embroiled in debate about making it easy to enthrone an emperor from the matrilineal line. That would in effect amount to rejection of the tradition wherein the emperor has been chosen from the male line for all 126 reigns to date. It would also amount to the creation of a new dynasty. 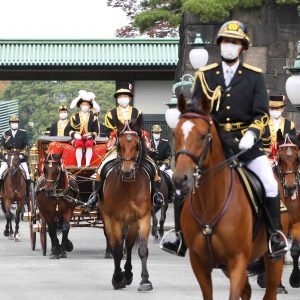 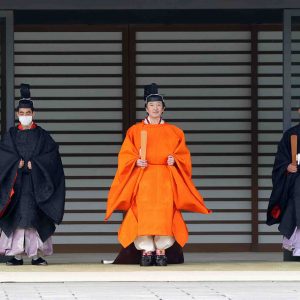 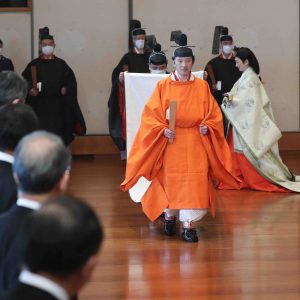 The principle of patrilineal descent has ensured that no one who does not belong to the imperial house will usurp the throne, and that in turn has meant stability for the imperial family, the state, and society.

Since how the position of sovereign is inherited affects the legitimacy and permanence of that position, adhering to tradition is of the utmost importance.

When answering questions during a November 4 session of the House of Representatives Budget Committee, Prime Minister Suga said: “Maintaining stable succession to the throne is a very important issue related to the foundations of the state. Considering the importance with which male succession has been treated since ancient times, we must proceed with caution and propriety.”

We welcome the Prime Minister’s comments on the importance of patrilineal succession.

In order for the public to understand the importance of the principle, we would hope that Prime Minister Suga will clearly announce that the line of succession to the throne is to pass from Crown Prince Akishino to Prince Hisahito.