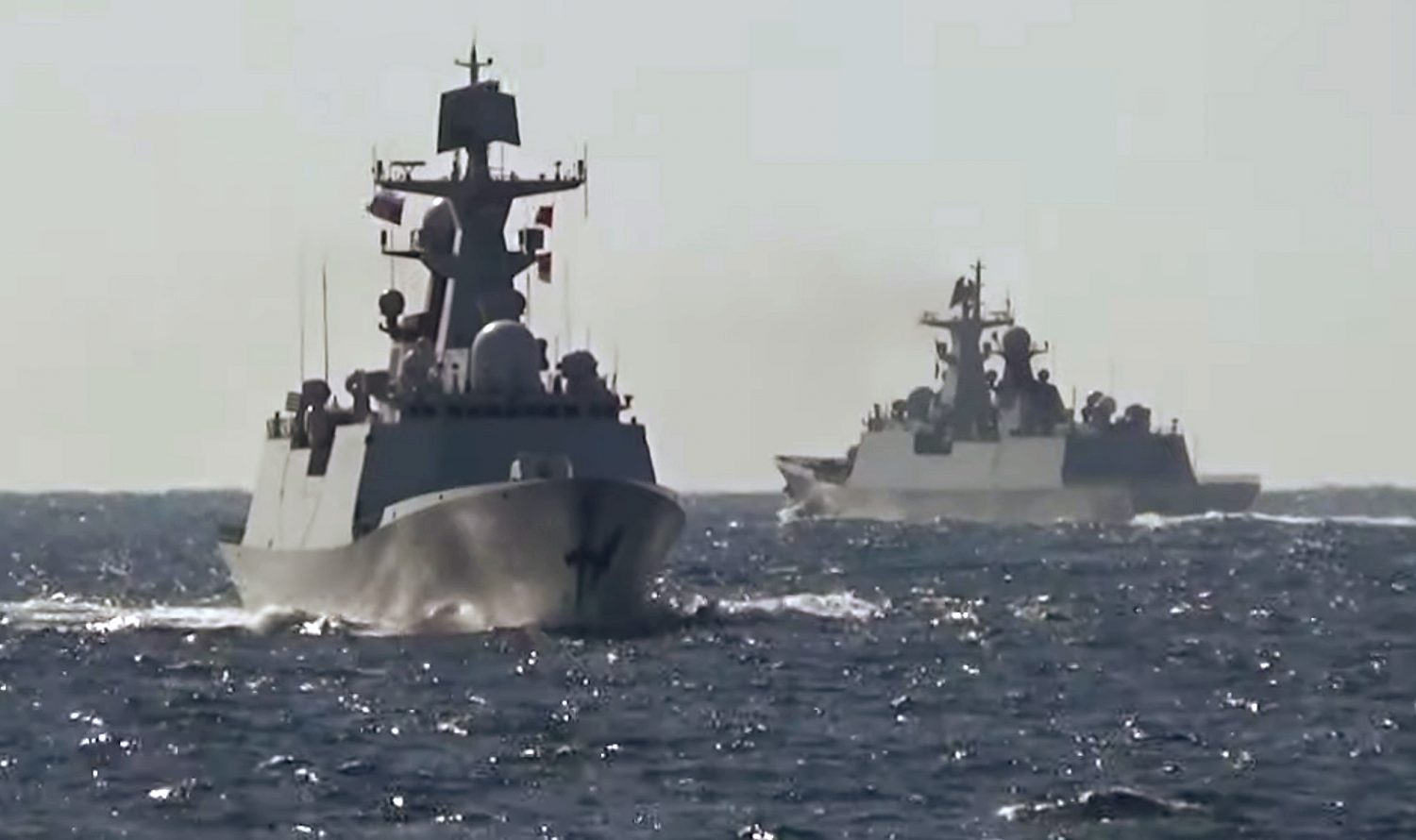 A group of naval vessels from Russia and China conduct a joint maritime military patrol in the waters of the Pacific Ocean (released on October 23, 2021. Russian Defence Ministry/Handout via REUTERS )

Boosting deterrence and ensuring national security are prerequisites for safeguarding people’s lives and economic activities. Legislators must ensure approval of the extra defense spending in the extraordinary session of the National Diet convening on December 6.

Japan will also be able to procure ammunition such as air-to-air missiles, torpedoes, and naval mines. These purchases, which have been planned under the FY2022 defense budget, will be brought forward, according to the defense ministry.

They are aimed at shoring up defense of the Nansei Islands (on the edge of the East China Sea) through rapid deployment of Self-Defense Force troops, missile defense, and strengthening defense sustainability. According to ministry officials, equipment and ammunition delivery times will be accelerated by several months to half-a-year if the supplemental budget is approved by the Diet.

Some are questioning the advisability of purchasing defense equipment under the supplemental budget, as this usually comes under the initial budget. However, this is a treacherous line of argument, failing to pay due attention to the urgency of the need for bolstering the country’s deterrence.

The supplemental spending plan reflects the urgency for heightening defense capabilities around Japan because of the extremely grim security environment.

We commend Prime Minister Fumio Kishida for singling out “ensuring safety and security” as one of his administration’s three key economic pillars. This helps make it easier for the government to make appropriations for the equipment purchases.

Of course, basic defense capabilities should be covered in principle by the initial state budget.

In the joint leaders statement at the close of the Japan-United States summit in April 2021, the Japanese side “resolved to bolster its own national defense capabilities to further strengthen the Alliance and regional security.” Then, on October 31, the ruling Liberal Democratic Party won the Lower House general election, promising to “step up the country’s defense capabilities by a large margin from FY2022.” These pledges cannot be fulfilled, however, without the supplemental defense budget.

The Taiwan situation has become alarmingly tense. At the same time, naval and air forces of China and Russia have been repeating displays of force against Japan. In addition, North Korea has been beefing up its nuclear and missile warfare capabilities.

The defense ministry points out the “need for bridging the gap between the severe security environment and the country’s actual defense capabilities.” It positions the FY2021 supplemental defense budget, alongside defense outlays in the state budget for FY2022, as “defense strengthening acceleration” packages.

In reviewing the medium-term defense program against the FY2022 budget, however, we will most likely have to face the fact that a defense budget rise of 1.09% of the GDP is still sorely insufficient.