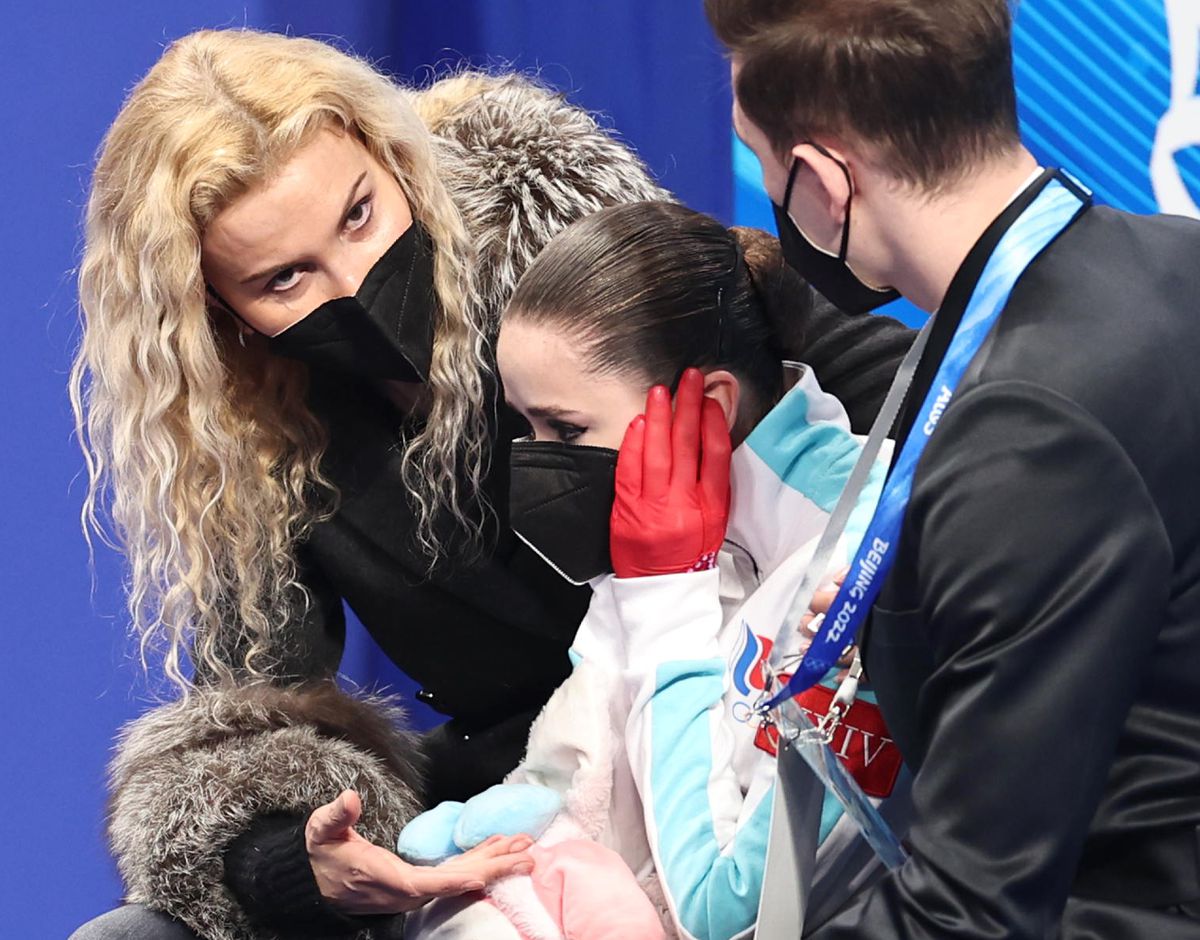 The 15-year-old prodigy, whose until then flawless, masterful performances made her the overwhelming favorite to win gold in the event, saw herself become a “heroine of despair” on the global stage of the Olympics.

Kaori Sakamoto, who took the bronze medal in the event after a dazzling performance of her own, said of Valieva’s ordeal, “It was painful to watch.” No doubt many people shared Sakamoto’s feelings.

However, the real question is why the young Russian skater was allowed on the ice rink to begin with.

Valieva was allowed to compete despite testing positive for the banned performance-enhancing drug trimetazidine. Her mandatory disqualification was temporarily lifted following a protest from the Russian Anti-Doping Agency.

Although the International Olympic Committee and other parties expressed dissatisfaction with the decision, Valieva was allowed to continue participating in the Olympic Games. The reason? A ruling by the Court of Arbitration for Sport that, since the Russian skater was under 16 years of age, she was considered a “protected person.”

That decision was totally misguided. The excuse offered by Valieva’s entourage was disingenuous. Their argument that the banned substance got into Valieva’s system because she drank water from the same wine glass as her grandfather who takes trimetazidine for a heart condition is total nonsense. Such a mere trace of the drug would not yield a positive testing result.

Furthermore, two other drugs were detected in Valieva’s system. In tandem with trimetazidine, they could be expected to have the synergistic effect of increasing an athlete’s endurance.

There was no justification for lifting Valieva’s disqualification and allowing her to continue competing. If someone in her position is not subject to punishment because of his or her age, then the minimum age for competitors should have been raised.

First of all, though, her team should have judged that the situation made it inappropriate for the teen to skate on the world stage at this time.

It is only natural to suspect that Valieva’s coach and team physician are responsible for this sordid affair. After all, Russia was not allowed to compete as a nation at this year’s Winter Olympics in the first place because the country had been sanctioned for institutionalized violations of anti-doping regulations at the 2014 Sochi Winter Olympics and attempts to cover them up.

Did the Russian authorities give no thought to the fact that the doctor accompanying their figure skating team had a record of past involvement in doping cases?

The fact is that the Russian government generously rewards coaches and team doctors in accordance with how well their athletes do. Valieva can be viewed as a victim used as a tool by an authoritarian state that does not hesitate to use any means whatsoever to enhance national prestige.

World Anti-Doping Agency President Witold Banka has said, “The doping of children is evil and unforgivable, and the doctors, coaches, and other support personnel who are found to have provided performance-enhancing drugs to minors should be banned for life.”

Banka added, “And personally I also think that they should be in prison.”

We strongly support such a warning.

RELATED: Editorial Board, The Sankei Shimbun