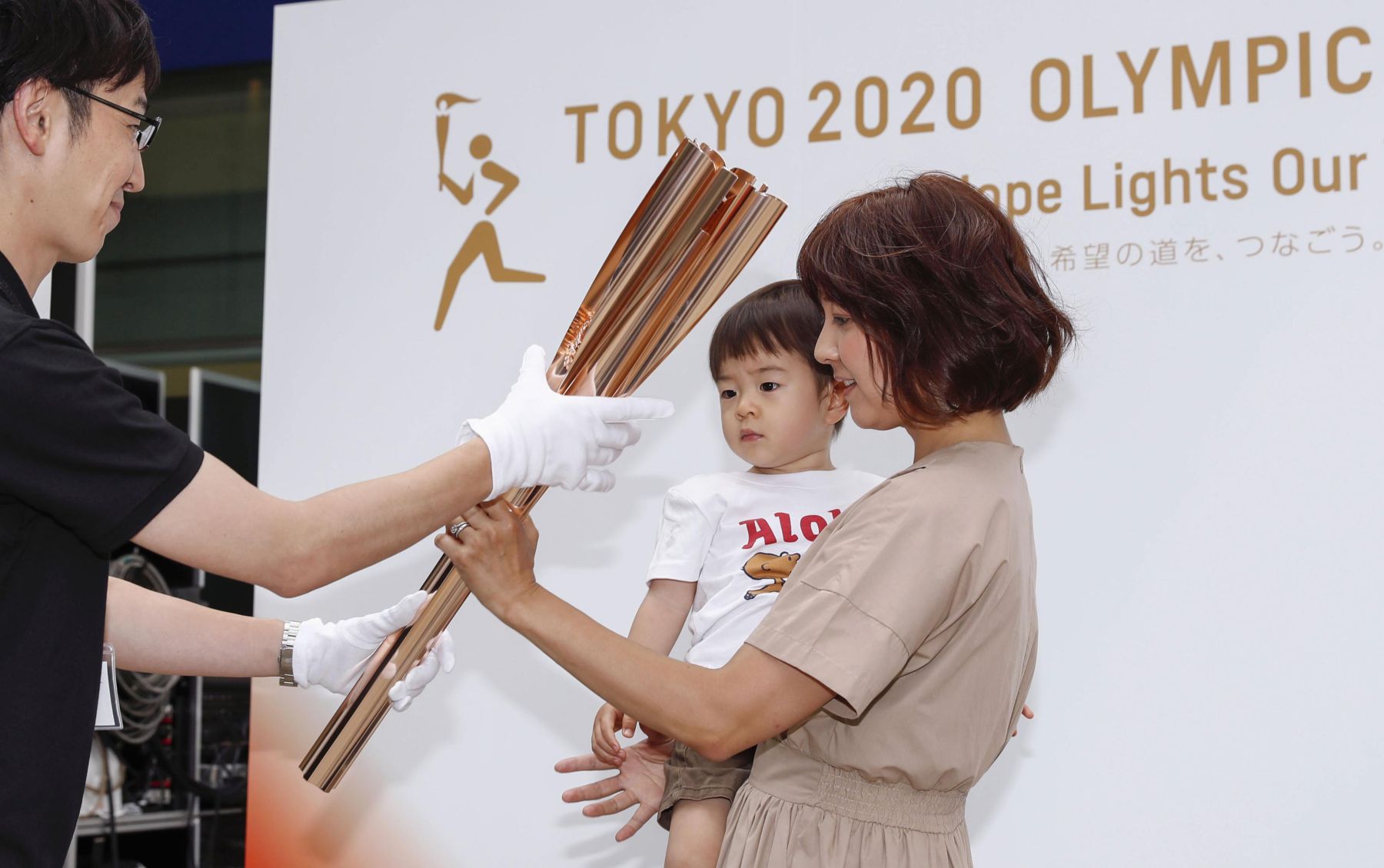 
The Tokyo Olympic Torch Relay will start at the J-Village soccer facility in Fukushima Prefecture on March 25.

Cheering on from the roadside, this year we hope to see the Olympic flame off on its journey around Japan and safely back to the torch stand at The Japan National Stadium in Tokyo.

When the COVID-19 infection spread last year, the torch relay was canceled two days before the kickoff. With no signs of the pandemic subsiding, strong headwinds await the torch yet again this year.

Following the resignation of the head of the Tokyo Olympics organizing committee Yoshiro Mori for making inappropriate remarks, it’s hard to say that a welcoming mood is on the rise. Regardless, the torch relay is one of the few events that connect the people to the Olympics.

Can we not take it as an opportunity to share with one another aim of reaching the end of the tunnel, as we keep the “flame of hope” alive throughout the 121 days of touring 859 municipalities throughout Japan?

Based on the principle of avoiding the “Three Cs”, the guidelines for COVID-19 countermeasures announced by the organizing committee prioritize safety at the top. Instead of asking people to refrain from roadside spectating, the committee asks that spectators wear masks and applaud for the runners rather than vocally cheer them on.


Torchbearers are required to refrain from eating out during the two weeks prior to the day they run, and must submit a health checklist. Fans can cheer on celebrity runners via live internet streaming.

It will be crucial for the Olympic flame to be delivered without anyone being infected by the virus, as the torch relay is a platform for Japan’s “safety and peace of mind” to be communicated to the world. We must remember that the key to a successful event lies in the mindset of each torchbearer and spectator.

The governor of Shimane Prefecture is opposed to holding the Olympics in the current state and is considering canceling the torch relay. While we must abstain from ignoring the hopes of the torch relay runners, it is also a fact that we cannot determine the risk of infection based on population size alone. We hope the organizing committee will consult with each prefecture on how to handle measures according to the actual situation in each region.

The flame lit at the Ancient Olympic Games originated from a cooking stove. It was believed that a cooking stove in each family household was inhabited by a god. And it was said that where there was fire, fortune opened up for the family. A torch relay carrying the pure flame of the gods as quickly as possible is believed to be the origin of the Olympic Torch Relay.

Coincidentally, there was great news that Kengo Suzuki set a national record in Japan while completing the Lake Biwa Mainichi Marathon in about 2 hours and 4 minutes. During a time when the world is suffering from the COVID-19 pandemic, a positive attitude about carrying the flame without spreading infection should become an even more hopeful force to motivate our society and economy.

Although the relay will start under adverse conditions, we hope the flame will be kept alive with the power of each individual.