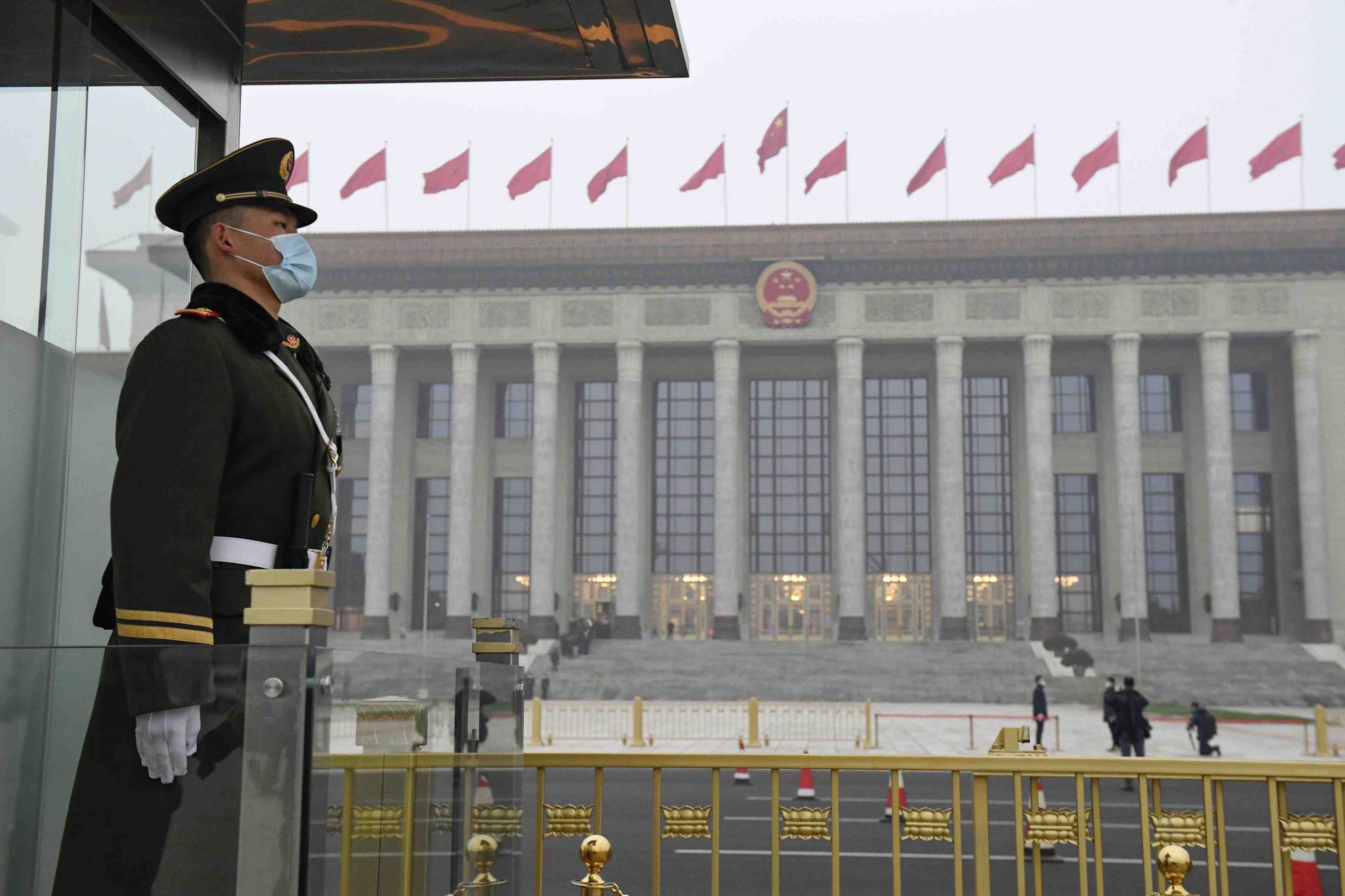 Great Hall of the People, site of the National People's Congress

I believe that the leaders of Japan should take careful note of the news emerging from the big political meeting, which is taking place in Beijing this week.

We have learned, for example, that China intends to significantly increase its military spending, including on cyberwarfare and on its highly militarized coast guard, which often confronts Japan.

China has warned other countries, including the United States, not to cross its so-called “red lines” on Hong Kong or Taiwan, which it sees as domestic issues.

It has also provided ample evidence that its rivalry with the United States will remain intense during Mr Biden’s term in office, just as it was under Mr. Trump.

Amid all the talk of socialism and communism, delivered under the great symbol of the hammer and cycle, there were a few conciliatory words for Japan from China’s foreign minister Wang Yi.

“An improvement in Sino-Japanese relations would be mutually beneficial for our people and regional stability and peace. It should not be taken for granted and we should treasure it,” he said.

Wang Yi said China would support Japan in staging the Olympic Games this summer, although there was a strong hint that in return, it wants Japan’s backing for the Winter Olympics in China in 2022. There is growing pressure for a boycott of those Games, because of China’s human rights record.

On the economic front, China’s leaders restated their ambition to join the Comprehensive and Progressive Agreement for Trans-Pacific Partnership, which also includes Malaysia, Singapore, and Vietnam.

Japan, which established the group, hopes the pact will be one of the key drivers of global economic growth in the wake of the coronavirus disaster.

However, China’s request to join raises an important question: should the organization’s members all share similar values?

The political gathering in Beijing is officially known as the “two sessions” or lianghui, as it combines the annual meetings of the Chinese People’s Political Consultative Conference (CPPCC) and the National People’s Congress (NPC).

There are many hours of speeches and reports, usually delivered by unsmiling men. It is not a forum for discussion and argument, nor a place to hear new policy announcements.

It therefore did not come as a surprise to hear that the Chinese Coast Guard has been authorized to fire on foreign vessels and demolish structures built in disputed waters, even though this is not something that China usually draws attention to. The Chinese Coast Guard stopped being a civilian maritime body in 2018, when China’s military assumed control.

Nor was it a surprise when China said that it would increase funding to its navy, army and cyberwarfare units. It announced an official defense budget increase of 6.8 percent this year and this was presented to delegates as a “modest rise”. However, outside of the meeting, few people place much reliance on China’s defense spending figures.

The U.S. Department of Defense, for example, estimates that China has an annual defense budget of around $200 billion USD, which includes funding for many activities which are not officially acknowledged.

There are hints of this in a document released in Beijing which outlines China’s upcoming five-year plan, which starts this year. It says it is upgrading weapons and “disruptive technology” ー which could be a reference to the division of the Chinese army which specializes in cyber attack.

China’s diplomats try to use gentle, friendly language in public most of the time and do not like to be accused of threatening behavior.

So when asked by a Japanese reporter about the military attack capacity of the Chinese Coast Guard, Foreign Minister Wang Yi responded by saying it was guided by “regular domestic legislation” and “does not target any specific country”.

All of this presents Japan with a question. What level of defense spending is appropriate to counter a strong Chinese military?

Japan’s Prime Minister, Yoshihide Suga, is continuing the policy of military expansion pursued by his predecessor, Shinzo Abe, and aims to equip Japan with new planes, missiles and aircraft carriers, with greater range and firepower.

Last year, the Japanese government agreed that the Self-Defense Force should receive a record ￥5.34 trillion JPY ($51.7 billion USD) for the year starting in April, up 1.1% from last year.

Hawkish figures who advise Mr. Suga argue that if China is raising its annual military budget by more than six percent (and potentially by a lot more, although not officially), Japan’s increase of only one percent is insufficient.

On the other hand, Japan does not want to be drawn into an expensive arms race with China, especially as the Japanese economy struggles with the impact of coronavirus.

These issues will be high on the agenda when Prime Minister Suga and defense minister Nobuo Kishi greet U.S Defense Secretary Lloyd Austin and the new American Secretary of State Antony Blinken during their first official visit to Tokyo later in March.

The Americans, under Joe Biden, expect to continue to play a crucial role in maintaining the balance of power in the Indo-Pacific.

Although China is increasing its defense budget, it still only spends about one-third as much as the United States on its armed forces in absolute terms, and only about one-half as much as a fraction of national economic output, according to the Brookings Institute in Washington.

Alongside defense and security issues, Japan’s government needs to consider China’s economic outlook. In an official announcement made in Beijing ー and one of the few surprises ー  the Chinese Premier Li Keqiang said he expects the Chinese economy to grow at more than six percent this year.

Since the 1900s, economic growth in China has been a stimulant for Japan’s economy and China remains a major export market as well as a manufacturing base for many Japanese firms. Former Prime Minister Shinzo Abe encouraged Japanese businesses not to become too dependent on Chinese supply chains, but his warning has had limited effect so far.

However, there are increasing moves towards decoupling on the Chinese side, as the country seeks to become more self-sufficient in terms of technology. In addition, China, like Japan and South Korea, has announced ambitious targets to reduce carbon emissions in response to climate change.

The focus of the Two Sessions in Beijing is China’s national pride and renewal, led by the Chinese Communist Party, which marks its 100th anniversary this year. Japan’s role in assisting China’s development is not on the agenda, nor save a couple of sympathetic journalists, are any Japanese people attending.

Foreign Minister Wang Yi said: “The key to Sino-Japanese relations is to have perseverance, and not to let short-term events cause disruption.”

I believe that perseverance on the Japanese side is one of the reasons the two nations enjoy a cordial relationship, despite coming dangerously close to conflict on many occasions.

Duncan Bartlett is the Editor of Asian Affairs magazine and a regular contributor to Japan Forward. He also edits the news portal Japan Story which contains articles, videos and podcasts. He is a research Associate at the SOAS China Centre, University of London and hosts the weekly podcast, China In Context.