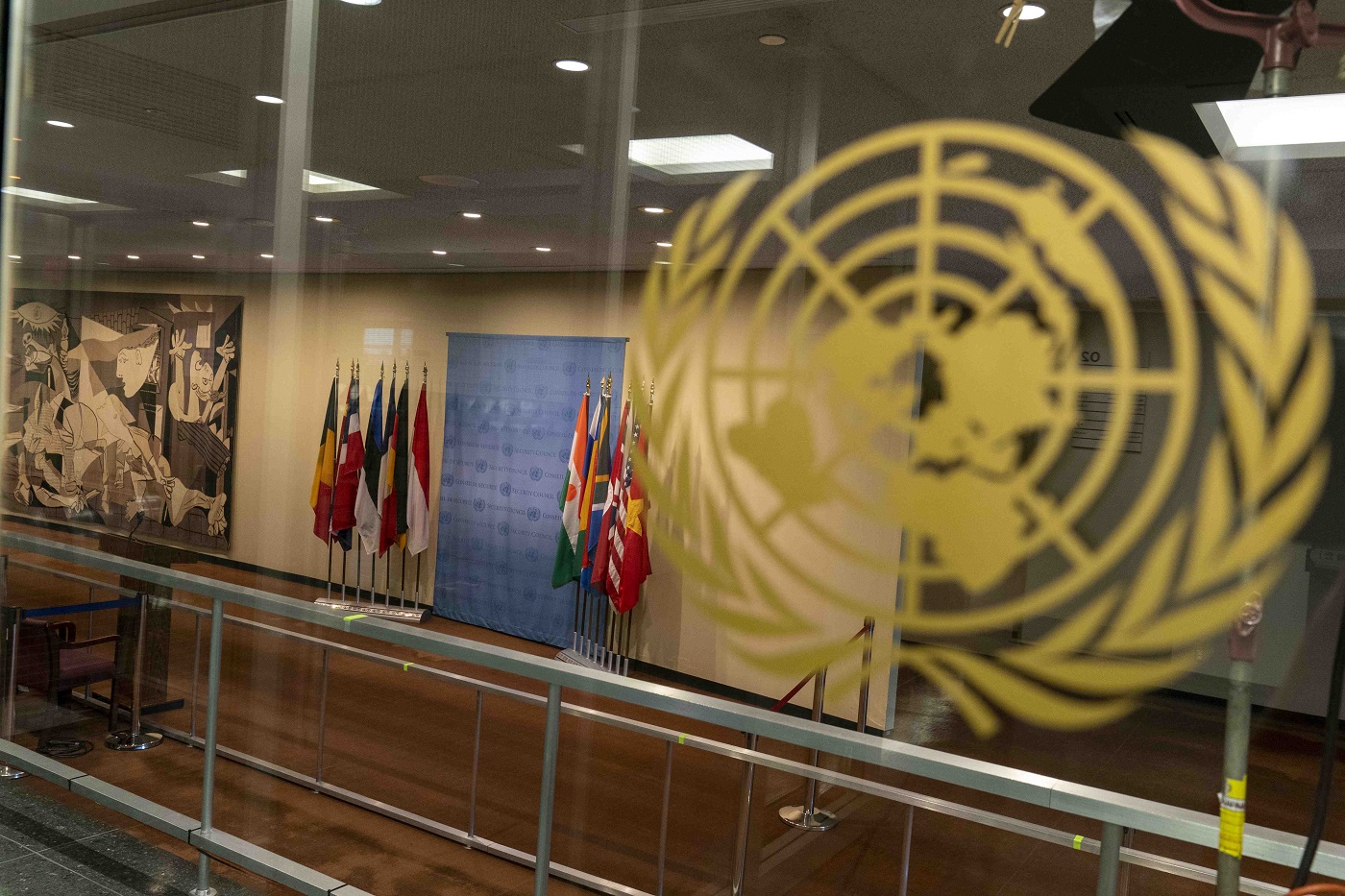 North Korea has been launching various kinds of short-range missiles one after another since September.

Then, on October 19 it announced it had also fired off a new type of submarine-launched ballistic missile (SLBM).

These actions by Pyongyang endanger the peace and security of Japan and other countries in the region and are totally unacceptable. Such missile launches using ballistic missile technology also violate UN Security Council resolutions and must be stopped immediately.

Previously the Security Council has demanded that North Korea scrap its arsenal of nuclear weapons and ballistic missiles. It has also imposed sanctions, including an embargo on exports to that country, until North Korea complies. If, despite these measures, North Korean leaders continue their reckless behavior, then additional measures must be considered.

If that cannot be done, any nation threatening global peace and security ー  not just North Korea ー will turn a deaf ear to whatever the Security Council says.

That the Security Council convened to discuss these violations of its previous resolutions, but did not even issue a joint statement, represents a major blunder and highlights its lack of consensus.

Today there are several major issues the Security Council needs to take responsibility for, including the collapse of public order in Haiti following the assassination of that nation’s president, and the chaotic situations in Myanmar and Afghanistan. Each member country needs to be aware of this fact.

The impotence of the Security Council regarding North Korean issues results from the protection that Pyongyang receives from China and Russia, both veto-wielding permanent members of the body. And this situation is nothing new.

Nonetheless, since 2016 negotiations to strengthen sanctions against North Korea have faced tough sailing or been sidetracked. In other words, China and Russia have frustrated efforts designed to shut down currency inflows through restricting the flow of people, goods and money related to North Korea’s nuclear and missile programs.

However, why these two powers should now not agree to the issuance of a joint statement on the North Korea issue is frankly incomprehensible. There is a major problem if Beijing has been encouraging North Korea’s military adventurism for its own purposes, while the confrontation is intensifying between the United States and China.

The fact that amidst this situation the Biden administration has not been making any notable approach to restart negotiations with Pyongyang is a cause for concern under the circumstances. The more time goes by, the more North Korea is likely to build up its nuclear forces so as to gain a competitive advantage in negotiations with Washington.

Still, the first priority remains to stop the challenge posed by North Korea’s missile program. Various countries, including Japan, need to act to get North Korea to eliminate weapons of mass destruction, including nuclear weapons and guided missiles. And once and for all, we must have a solution to the issue of the abduction of Japanese citizens.