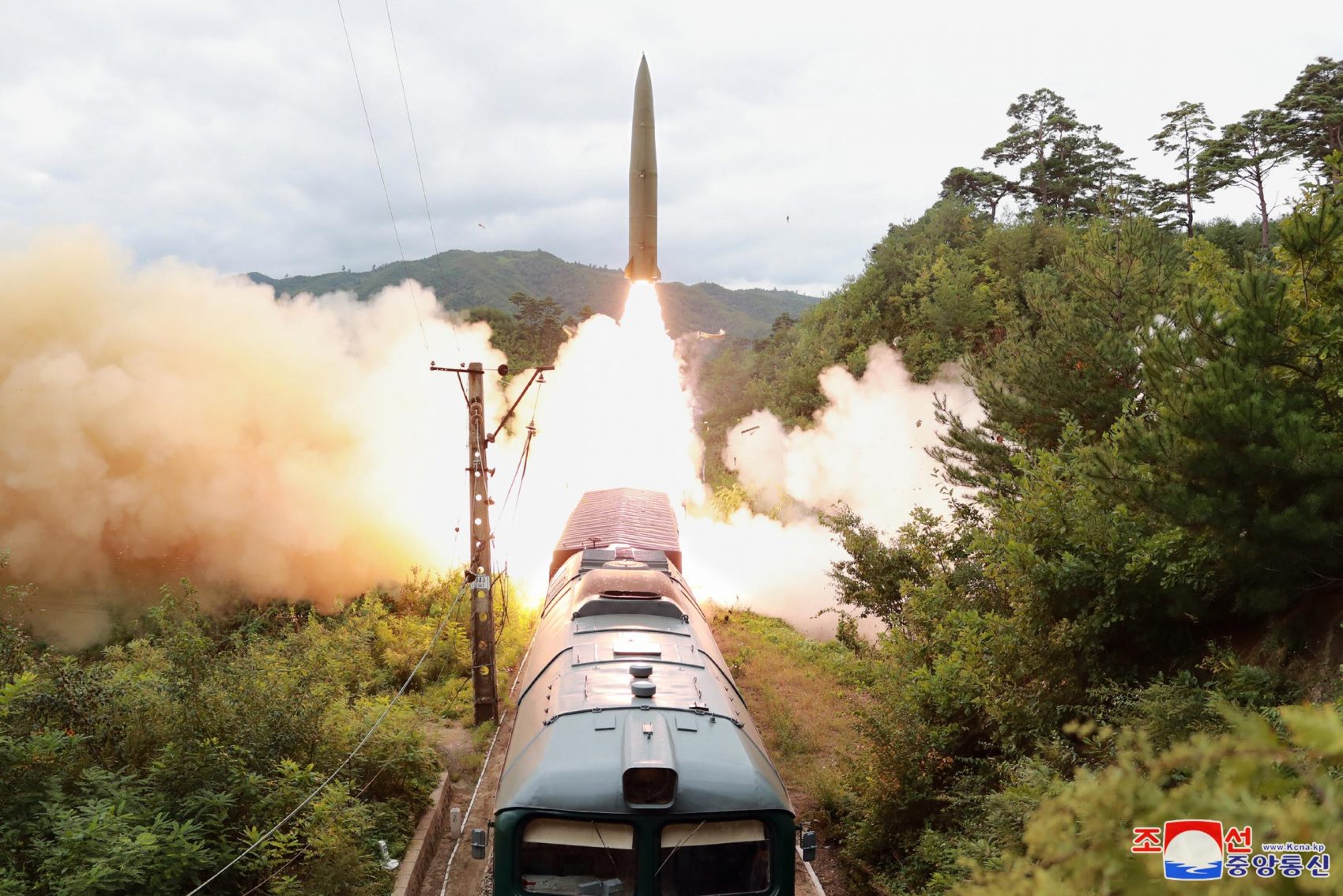 North Korea fired two ballistic missiles in rapid succession into the Sea of Japan on September 16. Flying approximately 750 kilometers (466 miles), the missiles are believed to have fallen into waters inside Japan’s exclusive economic zone.

The launch of these projectiles puts the peace and safety of Japan and the surrounding region in serious jeopardy and cannot be tolerated.

Japanese Prime Minister Yoshihide Suga told reporters the launches are “outrageous violations of the United Nations Security Council resolutions,” adding that the Japanese government “has lodged a serious protest against and strongly condemns” the missile launches.

RELATED: EDITORIAL | How Will the Next Leader Protect Japan from Nuclear, Missile Threats?

The prime minister promptly convened a meeting of the National Security Council to discuss what steps Japan should take in the wake of the North’s test-firings of missiles and analyze Pyongyang’s intentions in conducting the launches.

The latest launches were North Korea’s first ballistic missile tests since March 25, 2021, when two short-range missiles were fired into the Sea of Japan.

For its part, it is incumbent on the U.N. Security Council to meet and take up further sanctions against Pyongyang immediately. On that occasion, the Security Council should also respond to the North’s September 13 announcement that it has launched a “new-type long-range cruise missile.”

North Korea’s tactics of brinkmanship are aimed at maneuvering the United States, Japan and other nations into loosening economic sanctions by using military provocations as leverage. The tactic is an old ploy of Pyongyang.

The North’s dogged pursuit of provocative actions to sound out the reaction of the international community, including Japan and the United States, should not be tolerated.

The former U.S. administration of President Donald Trump failed to address North Korea’s launch of short-range missiles, apparently because they could not reach the United States. Instead, the administration placed its priority on summit talks between Washington and Pyongyang, thus exacerbating Pyongyang’s recalcitrance. Yet North Korea respects only power, and strong pressure is vitally necessary to gain its compliance.

North Korea’s economy has been decimated while the border has been shuttered in response to the COVID-19 pandemic. In spite of this, the Kim Jong-un administration has made it clear it has no intention of abandoning its nuclear and missile arsenals. International failure to address this situation promptly would only give the North the time to further strengthen its nuclear and missile capabilities.

The threat from North Korea has clearly risen since the time it launched a series of ballistic missiles over the Japanese archipelago in an effort at blatant military intimidation.

This time, the Japanese government should take the lead, working with the international community to compel North Korea to abandon its nuclear and missile war potential. To achieve this, efforts must be made with the UN Security Council to strengthen sanctions against North Korea. Simultaneously, consultations with the U.S. Biden administration must move forward on a strategy of stronger economic and military pressure against Pyongyang.

These steps are also indispensable for resolving the issue of the abductions of Japanese citizens by North Korea.

There is also an urgent need to strengthen Japan’s own defense capabilities. While it is only natural for this country to have solid  defense systems to shoot down ballistic missiles along with the capability to defend against cruise missiles, it is also necessary to possess the capability to strike enemy bases. That is the way to remarkably enhance the deterrent power of Japan.