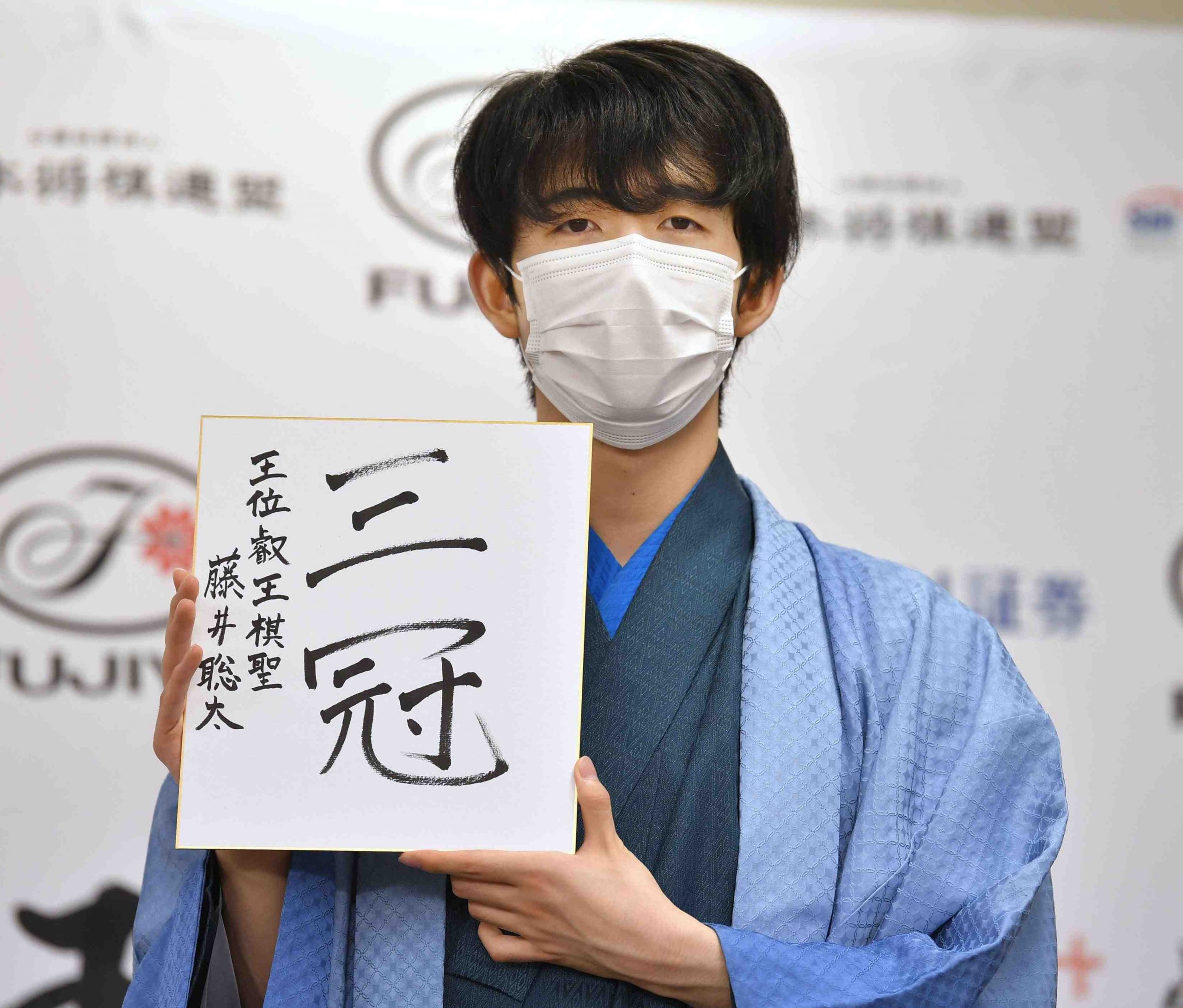 Shogi star Sota Fujii has become the youngest player to hold three major shogi titles — at the age of 19 years and one month — after beating Masayuki Toyoshima to clinch the Eio championship on September 13.

Fujii successfully broke the previous triple crown record set by Yoshiharu Habu, at the age of 22 years and three months.

Winning a single title is extremely difficult, so for a teenager to win three is almost unbelievable.

“I don’t think it’s that strange, though, when you look at his recent performances,” said Habu, who himself has managed to hold seven major titles in the past. Habu’s comments suggest that Fujii is effectively operating on a different plane to everyone else.

Fujii will compete against Toyoshima again in October in the best-of-seven Ryuo championship series. We hope that both players will give their absolute all and produce some memorable contests.

It is well known that Fujii supplements his approach to shogi — also known as the Japanese chess — by making the most of AI software.

Speaking of which, AI is being used more and more in internet and television coverage of shogi games, in areas such as positional judgment, making the experience easier for viewers who have little knowledge of the rules.

This development is something that should be welcomed, but we want to point out that AI is not the absolute answer when it comes to shogi.

Habu has compared the acquisition of shogi knowledge through technology to driving on a highway. In other words, one can reach a high level quickly (by driving fast), but at a certain point the competition becomes fierce and it becomes harder to edge ahead of the rest (once the traffic jam appears).

By using modern conveniences, one arguably puts in less effort than one should.

Technology might reduce the journey time to the destination, but it makes it harder to remember the scenery on the way.

If you gain your shogi knowledge quickly without asking deep questions, such as “Why is this the case?” then can this really be defined as proper knowledge? Habu’s point is that the process of acquiring pure knowledge should involve a painstaking repetition of thinking as well as trial and error.

In the case of Fujii, his prowess is built on an inquisitive mind and extended periods of thought lasting longer than one or two hours. This stems from a mindset that questions standard moves and common sense, and has ultimately culminated in the clinching of three major titles. It is a process that is beyond the reach of AI.

In school education nowadays, students are each given an electronic device with the aim of creating an environment focused on convenience and speed. However, we must avoid a situation where we are pressing people for answers, and getting them to take shortcuts to reach the conclusion.

Instead, shouldn’t schools use Fujii’s story as an example, and remind children about the importance of putting in effort to achieve a goal? Because, to reach the kind of level Fujii is at, there are simply no shortcuts.