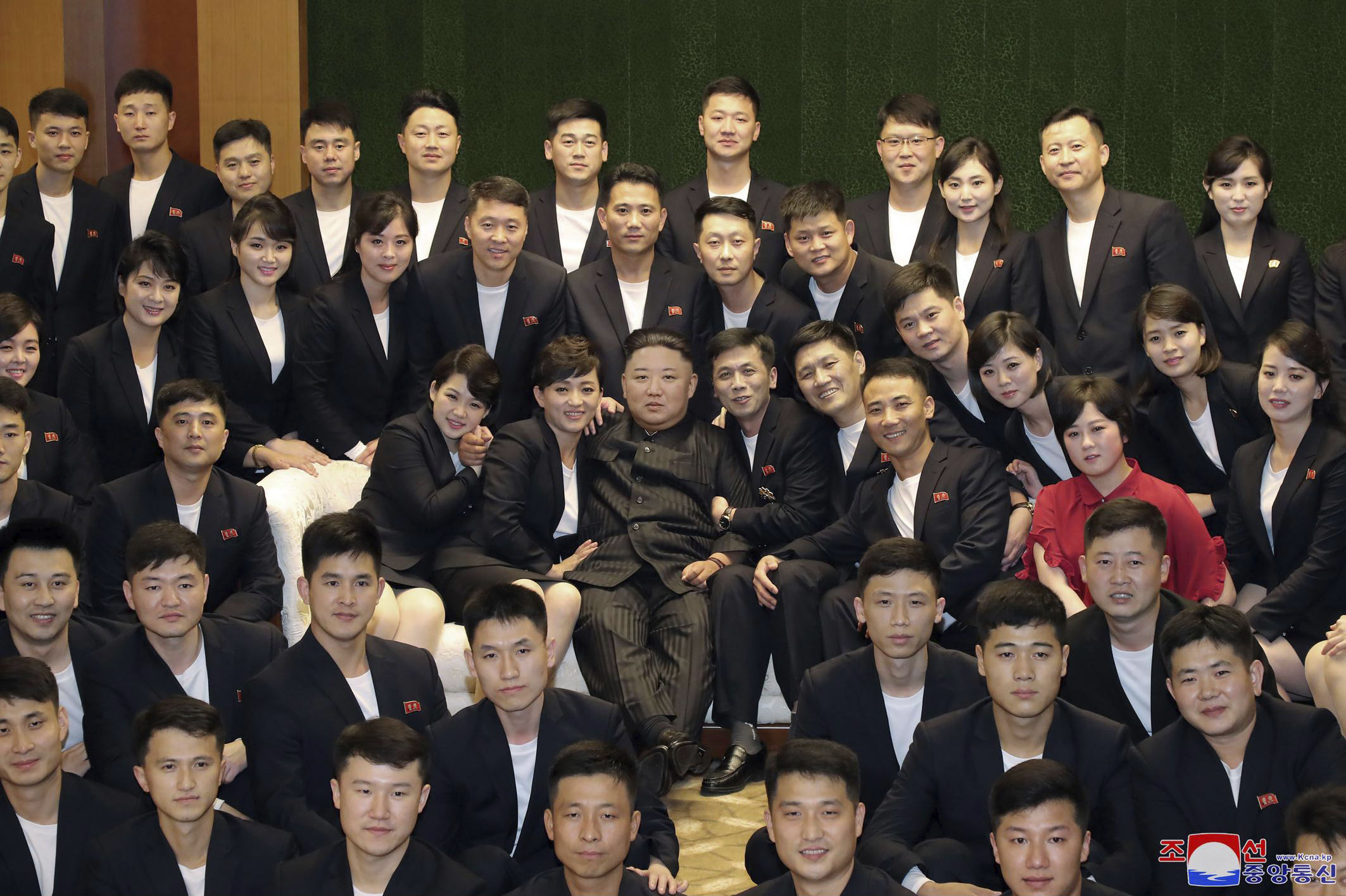 Kim Jong-un, the general secretary of the Workers’ Party of Korea, has launched a series of measures to control the country’s new generation of people in their twenties and thirties.

Kim’s measures prohibit popular South Korean dramas and music ー and the sharing or distribution of them. Moreover, the regime imposes strict punishments on the use of South Korean words.

It is not just a verbal campaign. The regime has relocated urban youth into brutal rural workplaces for “mental training” for enjoying South Korean culture.

Why? The new generation has developed a taste for capitalist culture through Korean dramas and other South Korean influences, and the regime fears that they could shake the system.

The Korean Central News Agency reported that, on August 30, Kim met with young people from urban areas who had “volunteered” to go” to difficult and challenging” sectors in rural areas — such as coal mines, communal farms, and island settlements — and encouraged them by shaking each person’s hand. Although North Korea claims that there were more than 10,000 volunteers, in reality the party forced the young people to these hard labor jobs.

North Koreans in their twenties and thirties, like those who are being relocated to rural areas, are known as the “Jangmadang Generation.” The term refers to the markets that became widespread through illegal trade during North Korea’s great famine in the late 1990s.

The Jangmadang Generation was raised during a time when the food rationing system collapsed and money took precedence over party loyalty. They grew up watching Korean dramas that were flowing in from the China-North Korea border, and yearning for freedom and capitalist culture.

In connection with the relocation scheme for young North Koreans, the party’s official newspaper Rodong Sinmun published an editorial expressing alarm over the influx of foreign culture. “Hostile forces are struggling to corrupt the youth through persistent ideological and cultural infiltration,” it said.

Kim stated that “the youth who have lagged behind will realize the value of the Party and the socialist system,” revealing that his motive behind the relocation scheme is to mold their thinking while they are in rural areas, where they are less likely to be exposed to foreign cultures.

Since becoming supreme leader in 2011, Kim has shown an openness to Western culture, including having his devoted orchestra perform American and European-style music. When he  launched a dialogue offensive with the United States and South Korea in 2018, he and his wife attended a concert in Pyongyang by a South Korean art troupe and were seen cheerfully applauding an idol group’s performance.

However, Kim turned his back on South Korean culture after the 2019 U.S.-North Korea summit ended in a standoff. At a convention of party leaders in April 2021, Kim pointed out that “a serious change is taking place in the ideological and mental state of the young generation,” and declared that young people’s attire, hairstyle, speech, behavior, and personal relationships should also be controlled.

In December 2020, North Korea enacted the Law on the Elimination of Reactionary Thought and Culture, which stipulates the death sentence as the maximum penalty for the dissemination of Korean dramas and music.

According to a report by a South Korean intelligence agency, North Korea has also banned the use of South Korean words such as “oppa” and “namchin,” which are terms of endearment used by young women to address their boyfriends that have also become popular in North Korea, and enforced the use of “nam dong-mu” (comrade) instead.

North Korea has also announced that the Supreme People’s Assembly will be adopting a youth education protection law at the end of September, which is believed to be aimed at tightening control over young people’s thoughts.

A Publicity Star is Born

At the same time, the government has been industriously promoting Kim’s favorite female singer as North Korea’s national star. A talented female singer who looks to be in her thirties, Kim Ok-ju is singing new songs in praise of Kim and the party, appearing in innovative music videos (that have undeniably drawn from South Korean culture) to promote the regime.

In July, Kim awarded medals and honors to members of a performance group in which Kim Ok-ju is a vocalist. A photo showing Kim in close proximity to her and other young members of the group was widely circulated.

This all seems to be part of Kim’s ploy to market a North Korean singer that would be popular among the youth to usher in a “North Korean wave” to push back against the “South Korean Wave” cultural phenomenon.

Why is Kim so nervous about the changes among the youth? In a recent editorial, Rodong Sinmun warned that “socialism in many countries collapsed in the last century because the youth, misled by capitalism, took the lead in destroying the social infrastructure.” The editorial went on to warn that “the youth will become enemies of the revolution who revolt against socialism if they become contaminated by capitalism based on individualism.”

North Korea’s greatest fear seems to be the power of capitalist culture. The more dissatisfied the young people are because of economic sanctions and economic difficulties brought on by the pandemic, the tighter the regime’s grip on them will be.