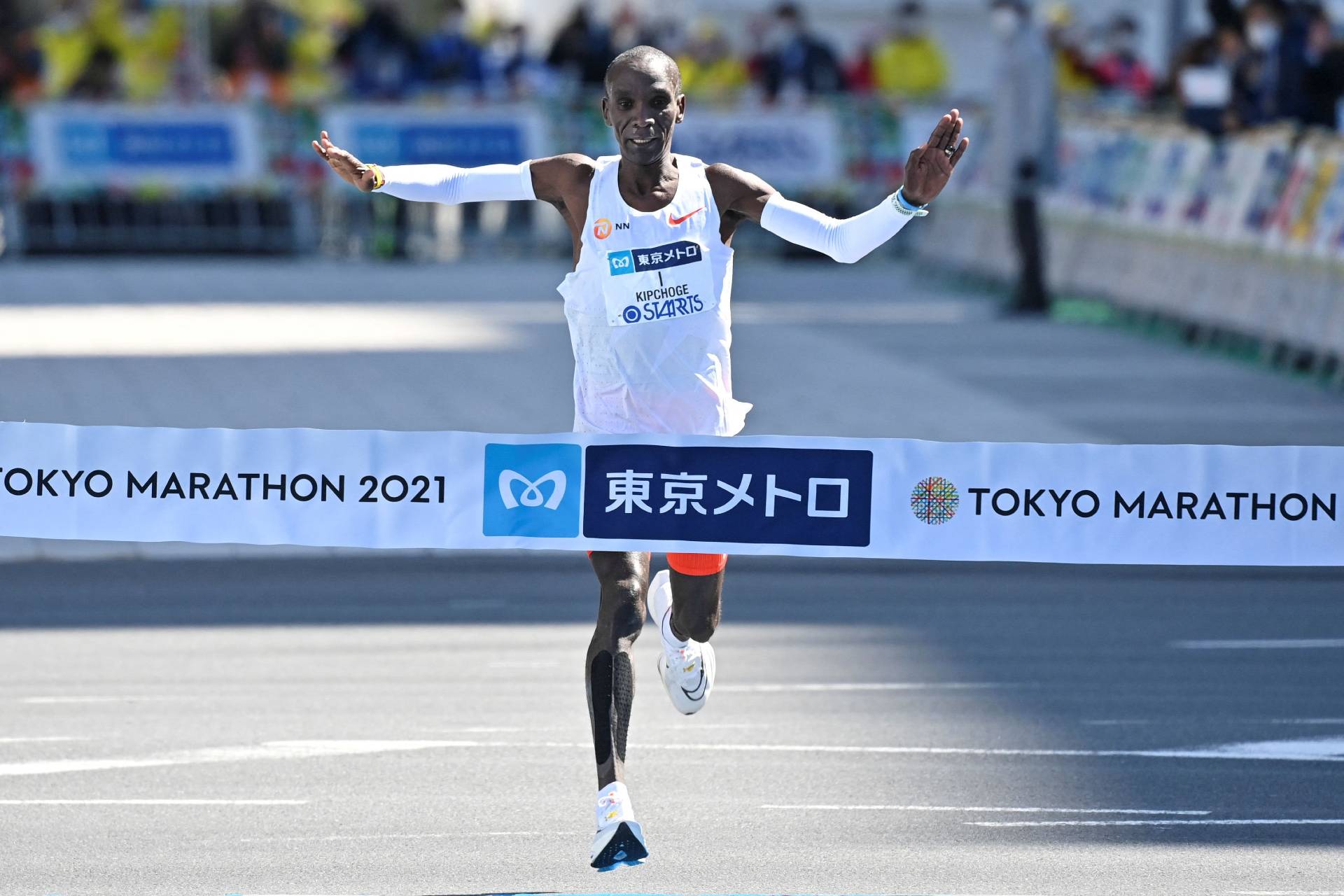 Eliud Kipchoge reminded the world of his marathon supremacy on Sunday, March 6, winning his second major race in Japan in less than a year.

Last year’s race was postponed due to the global COVID-19 pandemic, and organizers still decided to refer to the postponed event as the 2021 Tokyo Marathon. About 19,000 runners participated in the race, according to published reports.

This time, thousands of runners raced through the nation’s capital. A negative PCR test was required in order to participate.

Kipchoge, 37, exhibited his running mastery from start to finish. As the 42.195-km race reached the latter stages, Kipchoge found an extra gear, showcasing his stamina.

From that point on, Kipchoge created a bit of a gap over his rival, stretching it to a 5-second margin around the 37-km mark. And the distance between the two men continued to pick up until Kipruto finished second in 2:03:13.

Kenya’s Brigid Kosgei was the top female finisher in 2:16:02, a Tokyo Marathon record for women runners.

From the Winner’s View

After his 33-second victory over Kipruto, Kipchoge reflected on the race and its energetic atmosphere.

“I am really happy,” Kipchoge told reporters. “I am excited to be here in Japan, especially after winning the Olympic Games in Sapporo. I really appreciated the crowd.”

“I said I wanted to run strong in Japan and I did, I ran a course record,” he added after running the fourth-fastest time ever for a marathon. “I am really happy I won another major marathon.”

Delighted by his performance, the Kenyan runner paid tribute to Tokyo after the race.

“I am so proud to win in the streets of Tokyo, where the people have running in their heart and minds,” Kipchoge wrote on Twitter.

I am so proud to win in the streets of Tokyo, where the people have running in their heart and minds. It’s great to now have won 4 out of the 6 Abbott World Marathon Major races. Finally, I want to say I want this world to unite. My win today is to bring positivity in this world. pic.twitter.com/xBnEvTcPmY

The race began in Tokyo’s Shinjuku Ward and ended in the city’s Marunochi District.