Suizenji Garden: Where the Art of War and Culture Resonate with One Another 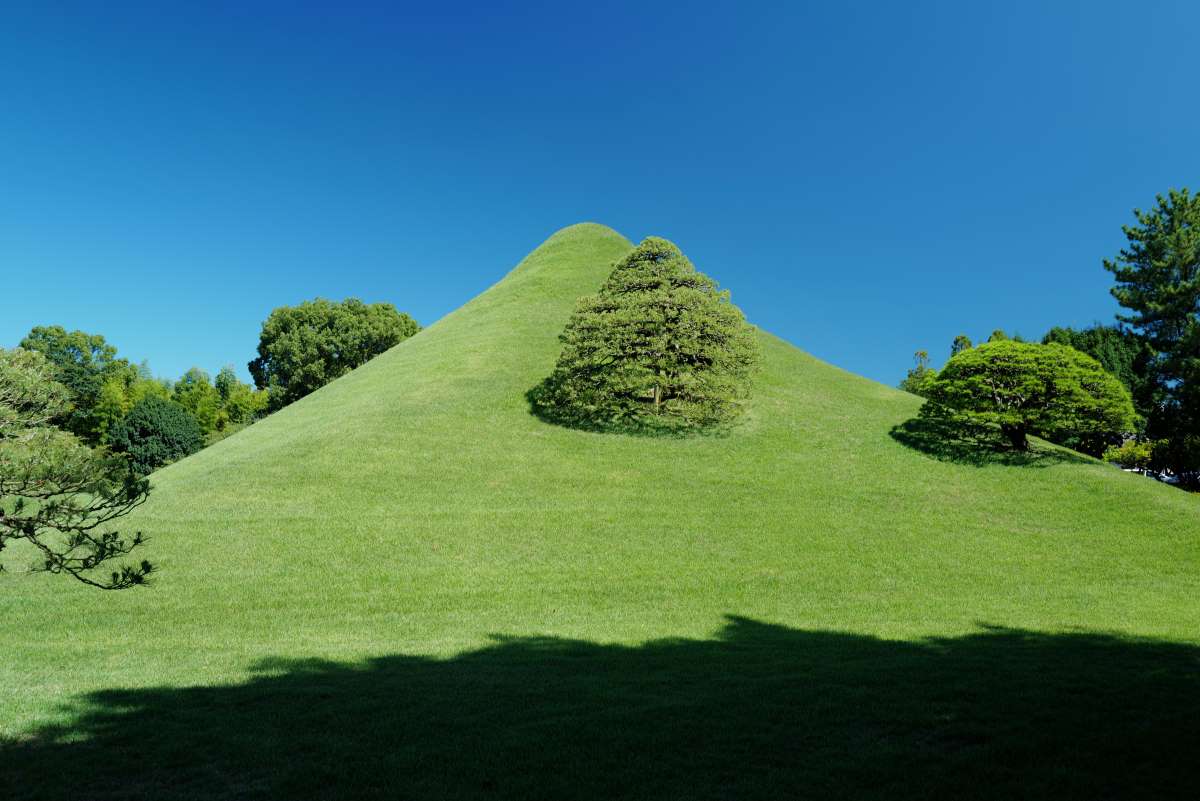 The garden scenery, which includes a pond filled with clear water, gently sloping miniature mountains, and trees with just the perfect amount of branches, is so breathtaking that it makes one forget everything in this transitory world.

Access to the garden is also easy as it is located just in front of the Suizen-ji Kōen stop on the Kumamoto City tram line. If you ever travel to Kumamoto, it would be a waste if you pass up on the chance to visit Suizen-ji Jōjuen.

Wonder and Beauty for 350 Years

In 1671, the third lord of the Kumamoto domain, Tsunatoshi Hosokawa, completed the construction of the garden as it appears today. In other words 2021 marked the 350th anniversary of the completion of Suizen-ji Jōjuen.

A‘Suizen-ji Jōjuen 350th Anniversary lecture and symposium’ was held in Kumamoto City on November 27, 2021, where I, Yoshihiro Senda, had the honor of giving a commemorative speech. The following day on November 28, the anniversary was celebrated in grand style, as Suizen-ji Jōjuen became a stage for gallant performances such as a yabusame (a sacred archery ritual) and a Gishi Gyoretsu procession of the 47 ronin samurai, along with a kyogen (traditional comic plays) performance by Mansaku Nomura, a living national treasure of Japan.

Kumamoto is a region blessed with groundwater, including underground sources from nearby Mount Aso, which together provide an ample supply to fulfill the needs of the city’s population of 740,000. This alone is an amazing fact. Yet there is more, as Kumamoto City’s tap water contains more calcium, potassium, silicic acid, and magnesium than the average mineral water on the market (according to the Kumamoto City website).

What a blessing it must be to have quality mineral water available from the tap.

Having lost his daimyo father at the age of six, Tsunatoshi left Edo and returned to his homeland of Kumamoto for the first time when he was eighteen years old. During his time, the Japanese government centered firmly on the Edo shogunate. Thus by then, the country had already enjoyed a long period without battles.

Kumamoto Castle was the Hosokawa clan’s castle of residence. It was built by Kiyomasa Kato, who applied wisdom gained from the Sengoku (Warring States) period. The castle was therefore a fierce symbol of the art of war.

However, it was a time when regions of the country could no longer be governed only under the authority of the art of war in which authority was maintained by overpowering others by military means. For this reason, Suizen-ji Jōjuen, symbolizing the power of culture, can be seen as a new representation of something other than the art of war which had come to govern society.

According to the teachings of Mr. Tsuguharu Inaba of Kumamoto University, warriors of the Kumamoto clan were allowed to visit the garden in the absence of their daimyo. The garden was not just for Tsunatoshi alone.

In order to create a garden pond in a low swampy area where there was natural springwater, an advanced civil engineering technique, along with an artistic sensibility was required.

The Hosokawa clan constructed the Shōryūji Castle in Kyoto Prefecture during Oda Nobunaga’s reign (1573-1582), and built a tenshu (castle tower) before the Azuchi castle tower existed. Then, at the Kokura Castle in Fukuoka Prefecture, which later became the clan’s residence, they built a castle with advanced technology by reclaiming low lying swampy land.

The skillful techniques needed to stabilize the pond shore at Suizen-ji Jōjuen and the embankment skills used to create the beautiful landscape mountains, were indeed made possible by the peaceful utilization of military technology, such as the foundation of stone walls and methods of building defensive banks cultivated through constructing castles.

Gardens are creative spaces that enable the entertaining and connecting of people, as well as creating art. How can we, in the 21st century, succeed and utilize the spirit of Suizen-ji Jōjuen?

The Momoyama-style circular stroll garden is designated as a national scenic beauty and historic site. Lord Tadatoshi Hosokawa, who was transferred from the Kokura domain to the Kumamoto domain, first began construction of the garden as a tea retreat. During his grandson Tsunatoshi’s reign, large-scale construction was carried out to complete the garden.

The garden name is derived from a poem by Tao Yuanming, a poet from the Wei and Jin periods in the Northern and Southern dynasties of China. In a bid to revitalize the city surrounding Kumamoto Castle, which was devastated in the 1877 Satsuma Rebellion, and to enshrine the successive lords of the domain, former feudal lords built the Izumi Shrine in 1878 within the grounds of the garden.