Emperor, Empress Pay Tribute at the Last Memorial for War Dead in the Era of Heisei 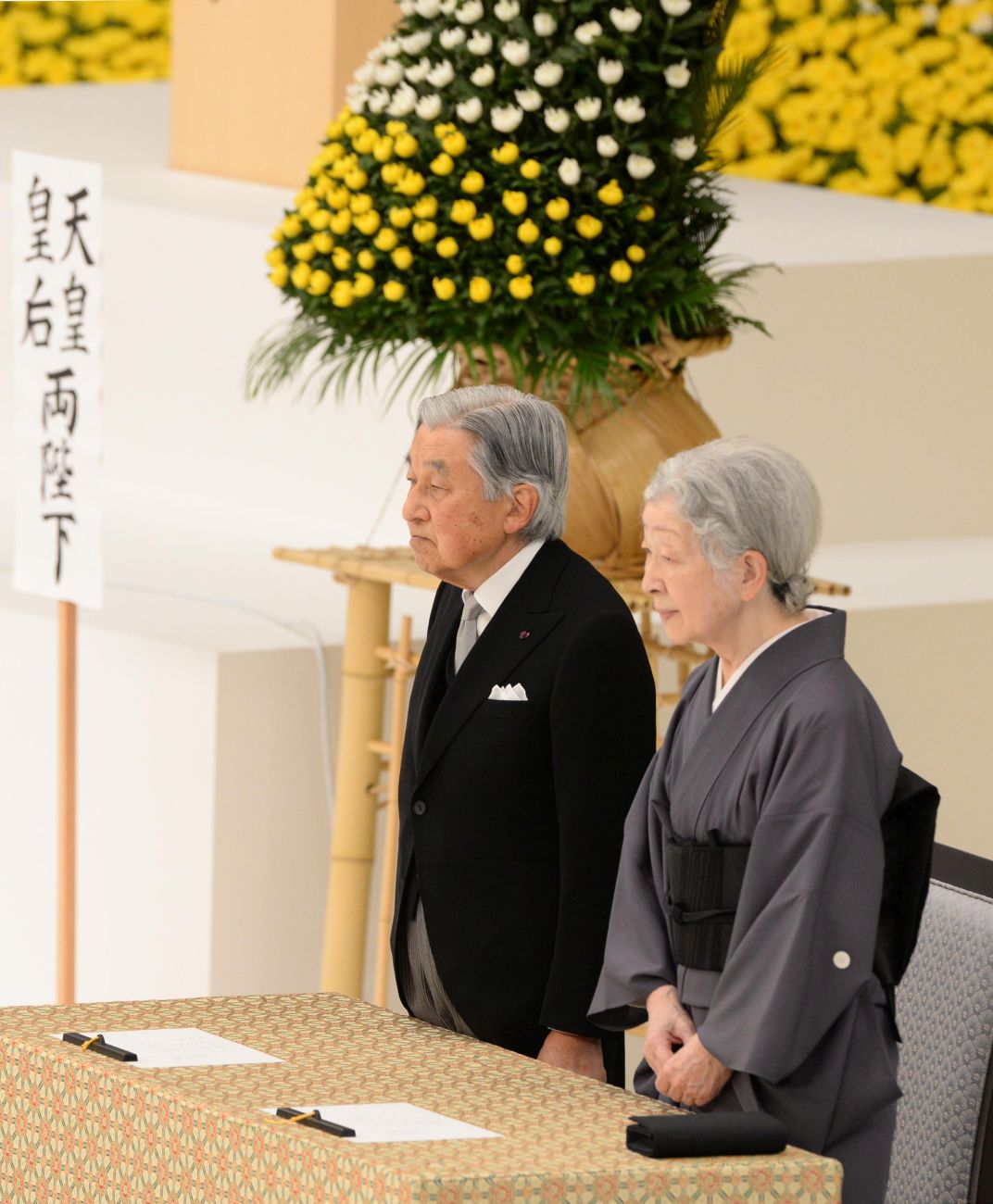 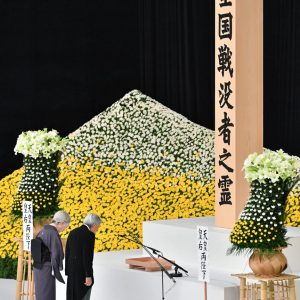 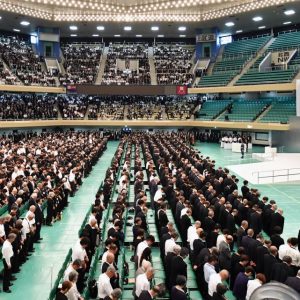 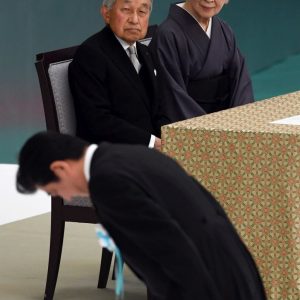 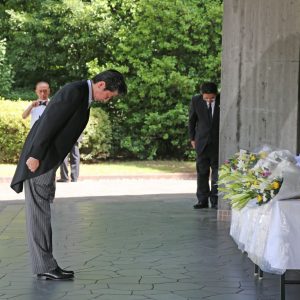 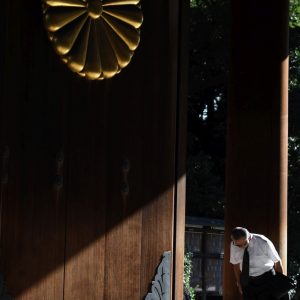 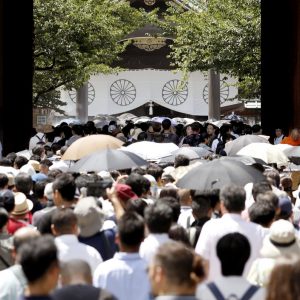 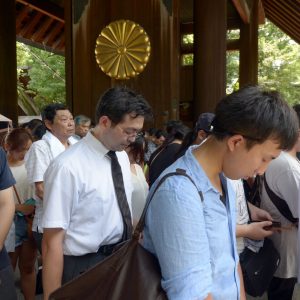 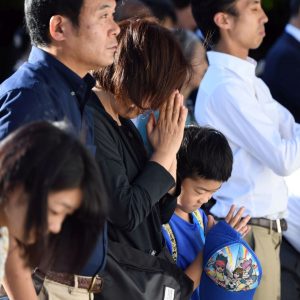 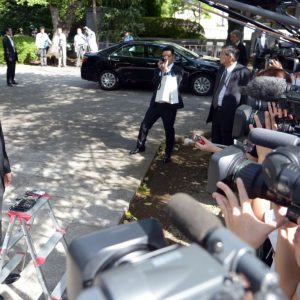 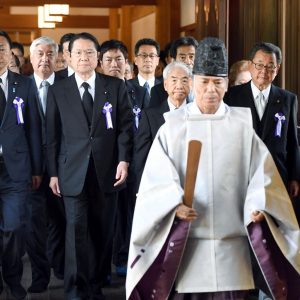 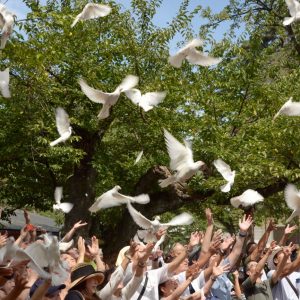 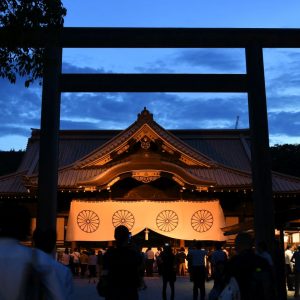 The 73rd National Memorial Ceremony for the War Dead, the last of the Heisei Era, was held on August 15 at the Nippon Budokan in the Chiyoda Ward of Tokyo.

The official government event, held in the presence of the Emperor and Empress of Japan, marks the date on which World War II ended in the Pacific.

In his last official speech marking the anniversary of the war’s end, the Emperor, who will abdicate at the end of April 2019, expressed “a feeling of deep remorse,” as he had in the past years. This year, the Emperor added he was “thinking of the peaceful times that have extended for many years after the war.”

The Emperor went on to say, “Together with all of our people, I now pay my heartfelt tribute to all those who lost their lives in the war, both on the battlefields and in the ravages of war, and pray for world peace and for the continuing development of our country.”

Prime Minister Shinzo Abe also addressed the service, declaring: “Never again will we repeat the devastation of war. Humbly facing history, we will firmly keep this pledge, whatever course the world may take.”

All those present at the ceremony stood when the tone marked exactly noon, offering a one-minute silent prayer for the war dead.

Some 6,000 people participated in this year’s commemorative event, including Prime Minister Abe and relatives of the war dead from across the country. They all paid tribute to the those whose lives were sacrificed in the war — 2.3 million soldiers and civilian war workers and 800,000 ordinary people — and renewed their vow for peace.

Meanwhile, Abe sent a religious offering to the Yasukuni Shrine on the same day, in his capacity as president of the ruling Liberal Democratic Party (LDP). The offering was delivered by Masahiko Shibayama, a special advisor to the Prime Minister who acted on Mr. Abe’s behalf.

Shibayama told reporters after the ceremony that the Prime Minister asked him to “pray sincerely for the souls of the departed,” and quoted Abe as saying he “regrets being unable to pay my respects in person.”

The cash offering was made from Mr. Abe’s personal funds, Shibayama said.

Also visiting the Yasukuni Shrine on the morning of August 15 were members of the supra-partisan Diet Members’ League for Visiting the Yasukuni Shrine, chaired by LDP House of Councilors member Hidehisa Otsuji. Joining them were members of the Tradition and Creativity Association, a group of younger-generation conservative LDP members, including former Defense Minister Tomomi Inada. In addition, Koichi Hagiuda, deputy chief Cabinet secretary and chief deputy secretary general of the LDP, paid homage to the war dead at the shrine separately.

‘A Matter of Regret’

On the occasion of the memorial service, Tosiei Mizuochi, 75, an Upper House member and president of the Japan War-Bereaved Families Association, told The Sankei Shimbun:

Ever since I lost my father in a bombing by the Allied forces in August 1945 in the Tohoku region, my family lived in a dire situation. We were a farming family, but my mother narrowly managed to earn our livelihood by doing such side jobs as helping neighbors remove snow from their roofs in winter.

She had to sell more than half the harvested rice we harvested as a way of earning a living. As I was as young as five years old at that time, I was able to eat polished rice only on very rare occasions, and my mother said I used to express my delight about it to all our neighbors. We really were struggling to make a living.

I feel a surge of emotion to see the last memorial service for the war dead in the era of Heisei. Their Majesties the Emperor and the Empress have persistently expressed their sympathy for the war dead and the bereaved families.

I am deeply grateful to the Imperial couple.

In September last year, we were graced with the presence of the royal couple at the time of the ceremony for marking the 70th anniversary of Japan War-Bereaved Families Association. When making their way back after the ceremony, the Emperor gave us kind words, saying. “Since the war-bereaved families are reaching an advanced age, you may have a lot of trouble in one way or another, I think. Best wishes to all of you.”

I was truly honored and astonished by the kindness the Imperial couple showed us, and I could not help but allow a tear to fall from of my eye.

I am of the belief that it is only a natural and fundamental aspect of statehood for a prime minister, the representative of the nation and the people, to visit the Yasukuni Shrine that enshrines the souls of the war dead and pay tribute to those who sacrificed themselves for the country.

We are opposed to the idea of building a new a facility for remembrance of the war dead. It is entirely meaningless to build a structure having no soul, isn’t it?

Our fathers passed away after being told that they were asked to fight a war for the benefit of the future of the country and promised their souls would be enshrined in the Yasukuni Shrine should they be killed. In fact, in their wills written before leaving for the war front, many soldiers asked their families to come to Yasukuni Shrine to meet them should they be killed in the war.

The bereaved families have thus been making their visits for decades in the belief that they can meet their fathers, brothers, or husbands there. The Yasukuni Shrine is exactly the cornerstone of their mind, heart, and soul.

The circumstances under which the Emperor cannot visit and pay his respects at the shrine, and the Prime Minister is prevented from doing so, too, are profoundly regrettable.

Click here, here, and here to read the original articles in Japanese.