‘We Will Overcome’: Emperor Naruhito’s Message of Hope on His 61st Birthday 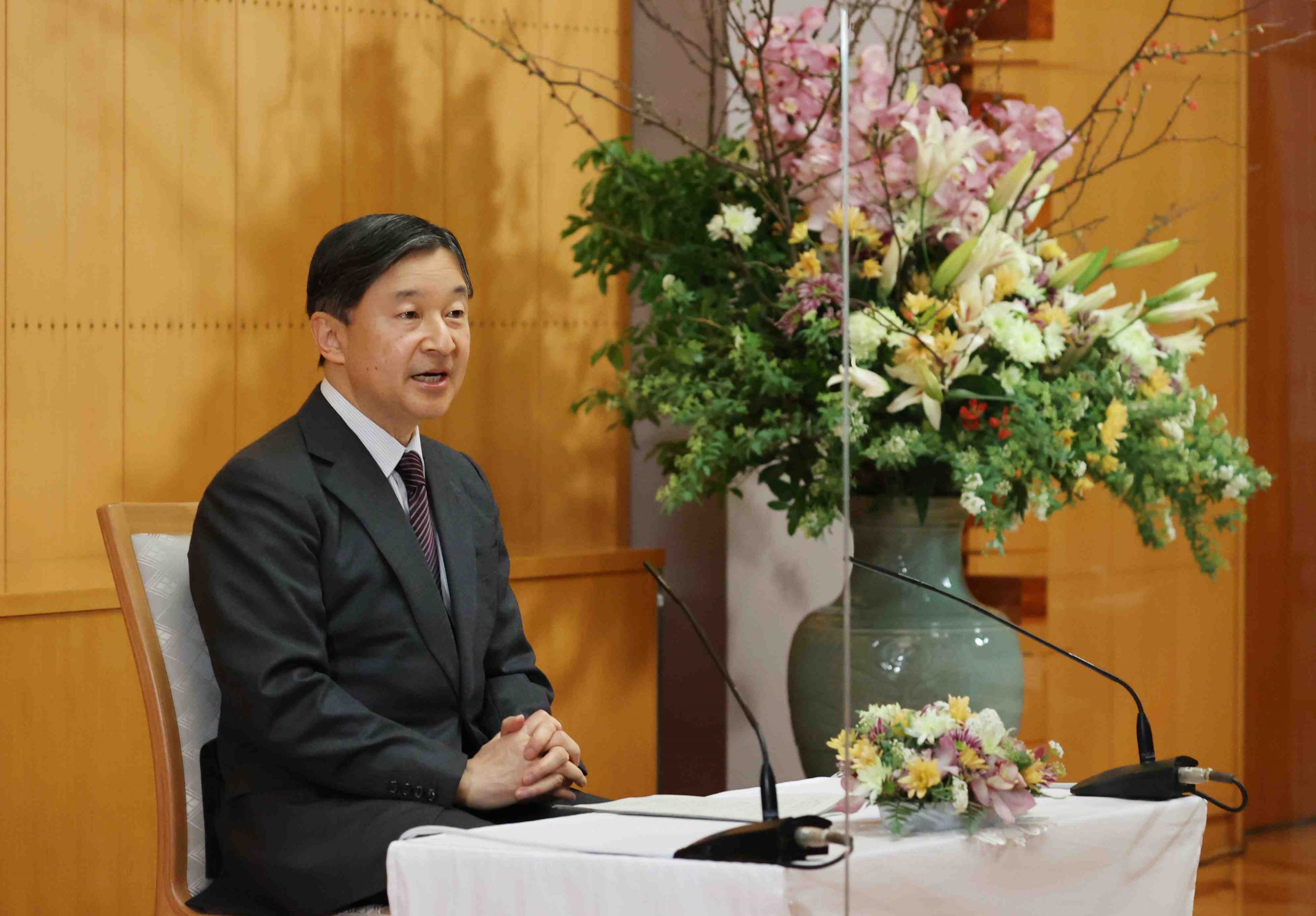 Emperor Naruhito meets the Japanese press at Akasaka Imperial Palace ahead of his 61st birthday.

Days ahead of his 61st birthday on February 23, Emperor Naruhito held a news conference at the Akasaka Imperial Palace, where he spoke about standing with the people until the pandemic is defeated.

“We will share each other’s pain, cooperate with each other, and patiently overcome COVID-19. I look forward to a brighter future,” the Emperor said when he faced the press.

“Over the past year, we have been at the mercy of COVID-19, but a sense of gratitude has been shared across society,” he added, referring to the collective appreciation for medical professionals and healthcare center workers who had supported the vulnerable.

His movements restricted like the rest of Japan’s residents, His Majesty shared the thrill of discovering the possibilities of online communication to keep the personal touch while he performs his duties remotely.

“We ask ourselves: What can we each do in the current circumstances? It is important to adjust to the situation and then act accordingly,” he said.

“They have been realistic experiences. I have been able to sense a firsthand connection with people,” the Emperor said of his online interactions, especially with people in regions that are difficult to visit. “I want to keep doing what I can in this current situation, and somehow reach out.”

He continued: “I am grateful for everyone’s efforts, as they try to do what they can to stop the pandemic from spreading.”

Since November 2020, the Emperor and the Empress have observed Japanese Red Cross hospitals across Japan, as well as the activities of elderly people and disabled people, and talked to those involved.

In January 2021, they visited Kumamoto Prefecture online, and they plan to carry out similar projects for Fukushima, Miyagi, and Iwate from February onwards, to mark the 10th anniversary of the Great East Japan Earthquake.

“Through online activities, I have seen new possibilities — and this has been a major discovery,” the Emperor said, following on from his New Year’s video message in January.

Initially, some people within the Imperial Household Agency were cautious about connecting with the public online, especially those affected by disasters.

However, the lingering pandemic has made it difficult for the Emperor to connect with people face-to-face. According to the Imperial Household Agency, the number of direct visits by the Emperor has been limited to just seven visits within Tokyo during the 12 months since the Emperor’s 60th birthday. These included events at the Diet and the 100th anniversary of Meiji Shrine.

At the news conference, the Emperor referred to previous Emperors and their determination to overcome natural disasters and disease, saying that “this spirit is still present today.”

“Essentially, what the Emperor is doing is not that sudden or new. He is carrying on from Emperor Emeritus Akihito, listening to different opinions, and trying to work how best to overcome these difficult times, together with the people,” a source close to the Emperor said.

During the press conference, Emperor Naruhito also spoke about the strong earthquake that hit Fukushima and Miyagi on February 13. “I express my heartfelt sympathy to all those affected,” he said.

Asked to comment on the delay of his niece Princess Mako’s marriage, His Majesty stated, “As Crown Prince Akishino said, I hope a situation is reached that satisfies and pleases many people.”