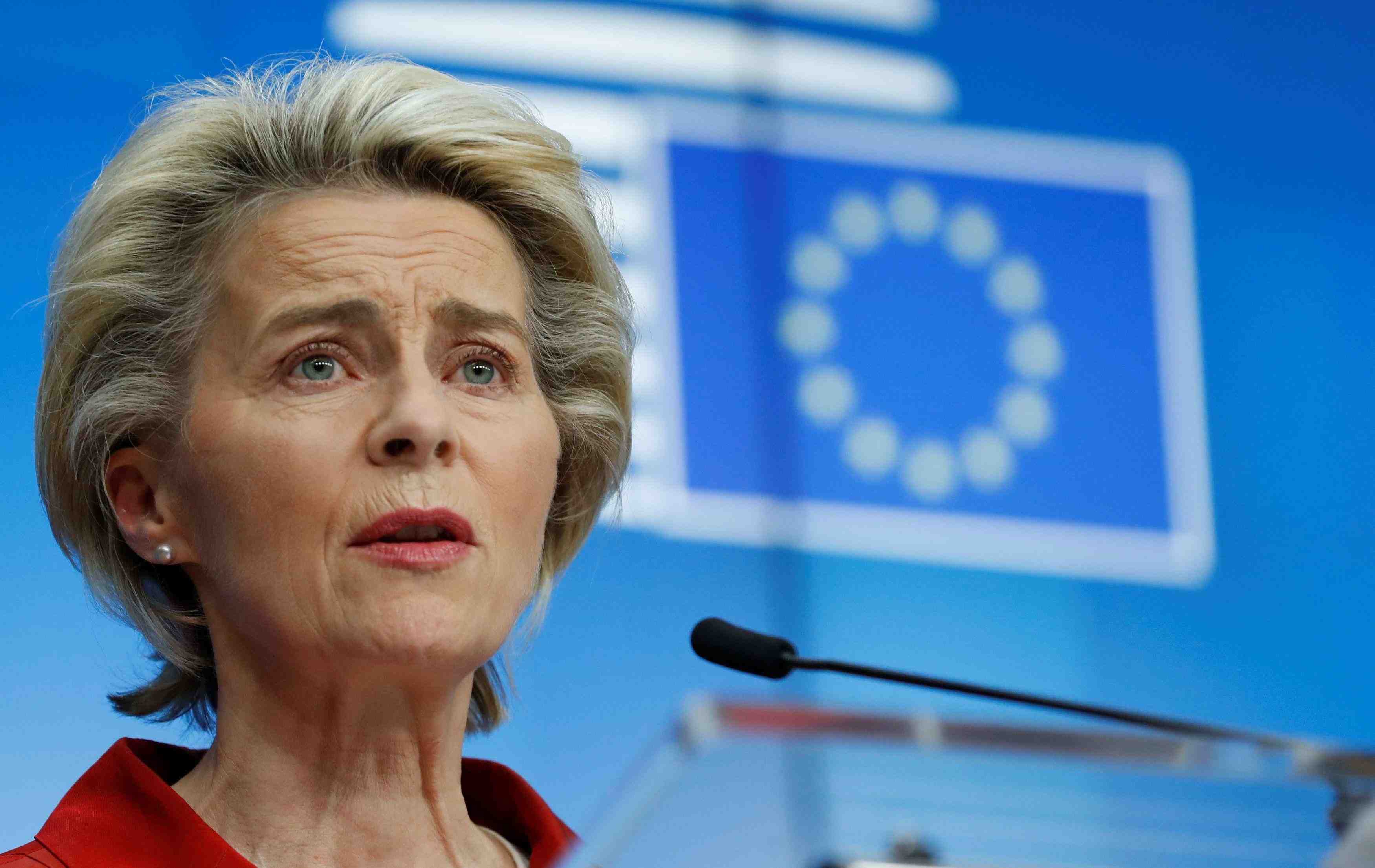 The European Commission announced  on July 14 its proposals on how to tackle global warming, and these included a ban on the sale of new gasoline vehicles, including hybrid cars (HV), by 2035.

The move will likely put pressure on Japanese automakers, which have an advantage in HV technology, to alter their electric vehicle strategies in Europe.

The proposed plan is receiving backlash within the European Union, however, and the progress of discussions on the topic is garnering attention.

The European Commission’s proposal pledges to reduce CO2 emissions of new cars by 55% from the current standard by 2030, and to further reduce emissions to 0% by 2035. To achieve zero emissions, even the sale of HVs, which have been favored for their high fuel-efficiency, will not be allowed.

Thus, the proposal will inevitably impact the strategies of Japanese manufacturers.

Although Toyota Motor Co. is trying to strengthen its lineup by planning on selling 15 models of electric vehicles (EV) by 2025, of the 8 million electrified vehicles targeted for sale in the global market by 2030, only around 2 million will be CO2-free EVs and fuel cell vehicles (FCV).

In Europe, they hope to reach a 100% ratio of electric cars by 2030, but in EV/FCV percentage terms, the electric car share will still only be 40%.

How Japanese Carmakers See It

Reaching this goal is also not expected to be easy. This is because, according to Toyota executive officer Jun Nagata, it will require 30 times the current supply of batteries, and further measures will be needed to increase the EV/FCV ratio in Europe to 100%.

By the early 2030s, Nissan Motor Co. aims to electrify all new models in the form of EVs or HVs to be launched in key markets including Europe. However, if they abide by the E.U.’s proposal that will not permit HVs, it will mean that e-POWER, the automaker’s unique technology that has been key in promoting the electrification of vehicles, will end its mission in Europe.

In July, Nissan announced that, together with a Chinese battery company, they are set to build a new electric vehicle battery plant in the central United Kingdom. As the pressure to accelerate the shift to EV continues, the company’s spokesperson, unable to hide their confusion, stated, “It’s hard to say because it has not been officially decided.”

Reaction in the E.U.

However, there seems to already be a backlash within the E.U. region’s auto industry. Hildegard Müller, president of the German Association of the Automotive Industry, has criticized the proposal, calling it “hostile to technological innovation and hardly feasible for many suppliers.”

Henceforth, the European Commission’s proposal will be debated among member states and the European Parliament.

Keeping a concerned eye on the future progress, a Japanese automaker affiliate pondered aloud, “Will not only passenger cars, but commercial vehicles such as trucks also become a target?”