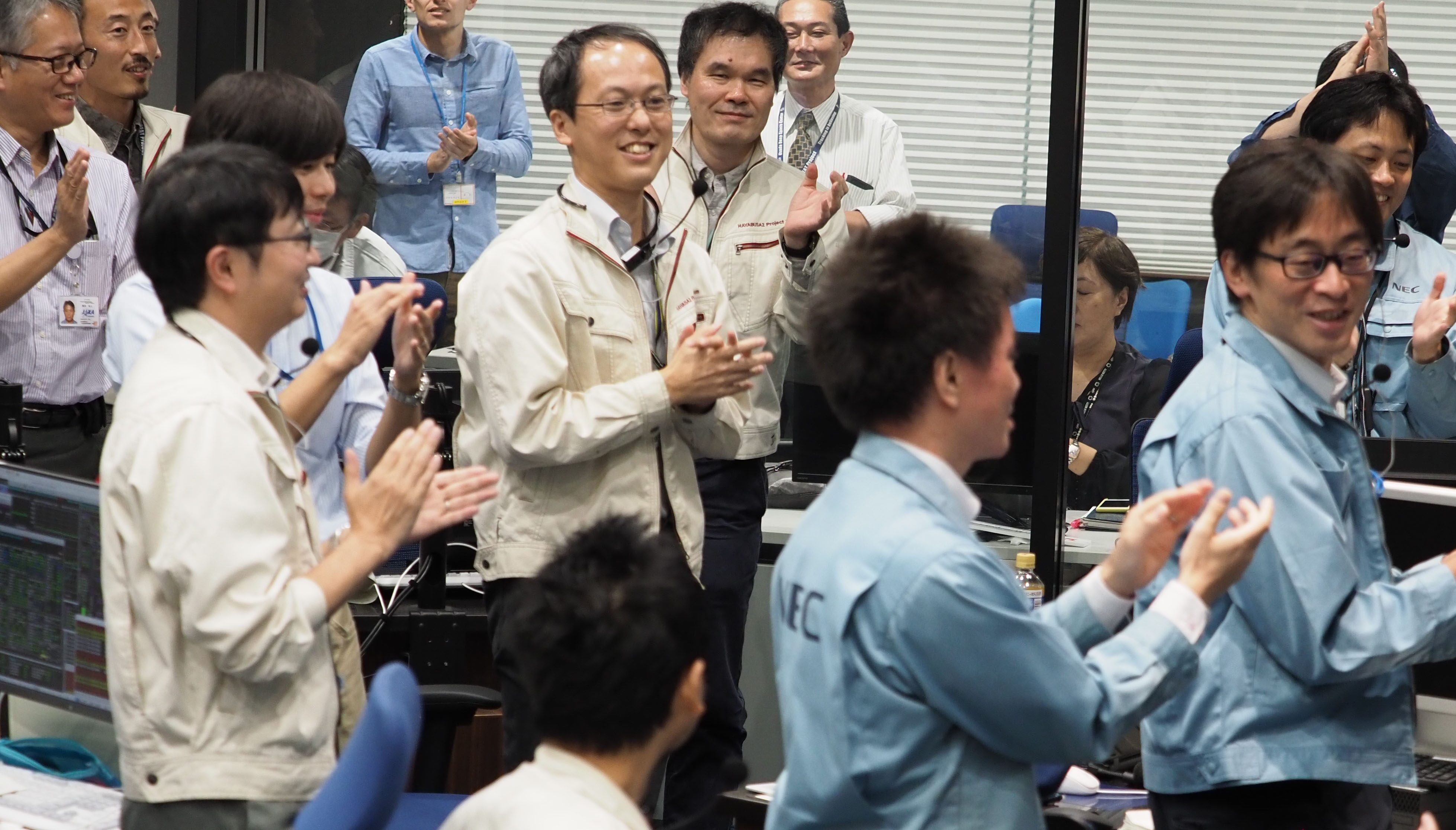 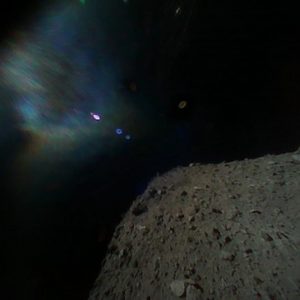 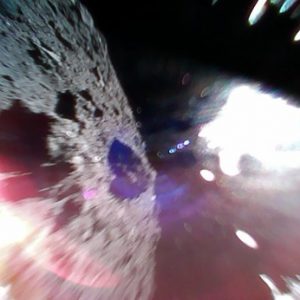 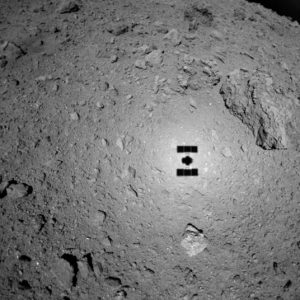 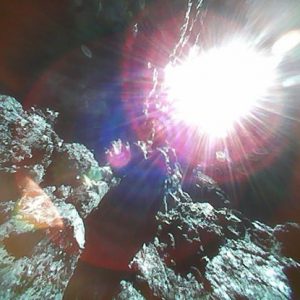 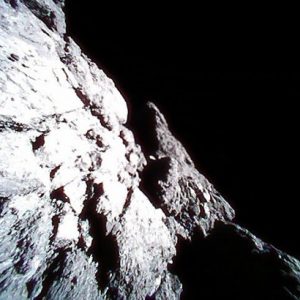 Almost three months after the Japan Aerospace Exploration Agency (JAXA) confirmed that two rovers had successfully landed on the asteroid Ryugu in September 2018 — a first in space exploration — the mission team reported on the progress of the Hayabusa2 explorer.

In a press conference on December 12, 2018, Yuichi Tsuda, project manager of Hayabusa2, said the shape and color of the one-kilometer-in-diameter asteroid were different from what they expected. He also explained how the surface of the asteroid was a lot bumpier than predicted, with numerous boulders and craters.

His report implied that the technology was refined to meet the unexpected circumstances presented on Ryugu. The dark surface of the asteroid created problems at the initial stages of the project when Hayabusa2 tried to use laser technology to calculate distances. The effort proved not very successful as the dark surface, which is nearly black, reflected the laser poorly.

The surface features encountered were also bumpier than expected, which meant that the technology had to be significantly improved to achieve an accurate landing. Chances of failure increase when there is a surface with many boulders, as opposed to a sandy surface.

Never before had rovers successfully performed mobile activity on an asteroid.

This case in particular has gathered international attention as traces of carbon have been detected on Ryugu. It is hoped that further study could help shed light on the origins of life on earth.

In addition, the technology has immense repercussions in terms of security for humans on earth, as well as future asteroid landings and sampling , which will be fundamental for future space research.

The project manager of the mission elaborated on how different entities came together to make this mission happen smoothly, including a collaboration with international partners, DLR, CNES, and NASA to decide the landing position.

Interestingly enough, he said, “The meeting wasn’t just for one day, but was extremely smooth, although the actual landing wasn’t.” His comments showed the power of cooperation between international organizations to achieve a common goal in space discovery.

So, what is it like to look after an asteroid which is thousands of kilometers away?

Tsuda fleshed out what started out as a very theoretical image by putting humans in the picture. “There is always someone looking after the Hayabusa2, 24 hours a day, 7 days a week,” he said calmly. With staff which can oscillate between many people to just five people during a lull, there is always someone in the operating room.

Listeners at the briefing were also given insight on the nitty-gritty of communications on the frontline. There is a 20-minute lag in communications with the rover, as it is located 20 minutes away by the speed of light. Imagine for a moment: in order to communicate a message — and get a signal back — it takes 40 minutes.

Hearing the grueling and sometimes challenging ordeals the Hayabusa2 staff had to face over the past months and years, it was hard not to be in awe of the frontiers of space discovery which their mission is seeking to open.

Of course, none of this matters if not for the nagging question, so what?

The applications of Hayabusa2 technology have broad implications on future space exploration. The technological advances will undoubtedly help ensure better landings in future missions on bodies such as asteroids and satellites. Moreover, there are implications for rovers sent to far off locations, for example, and for learning more about the origins of earth.

Yuichi Tsuda told JAPAN Forward that his dream after Hayabusa2 would be to explore places farther away, perhaps in the vicinity of Pluto.

“NASA right now has a satellite there which is stationary. But we would like to collect samples and take them back to earth. The farther away from Earth, the more primitive the state of the samples found, and hopefully this could help us shed light on the origins of earth,” he said.

Even for newbies to space science, hearing the Hayabusa2 team’s account felt like listening to man’s first step on the moon. Except this time, it was in the shape of a Japanese rover hopping onto the side of a moving asteroid.