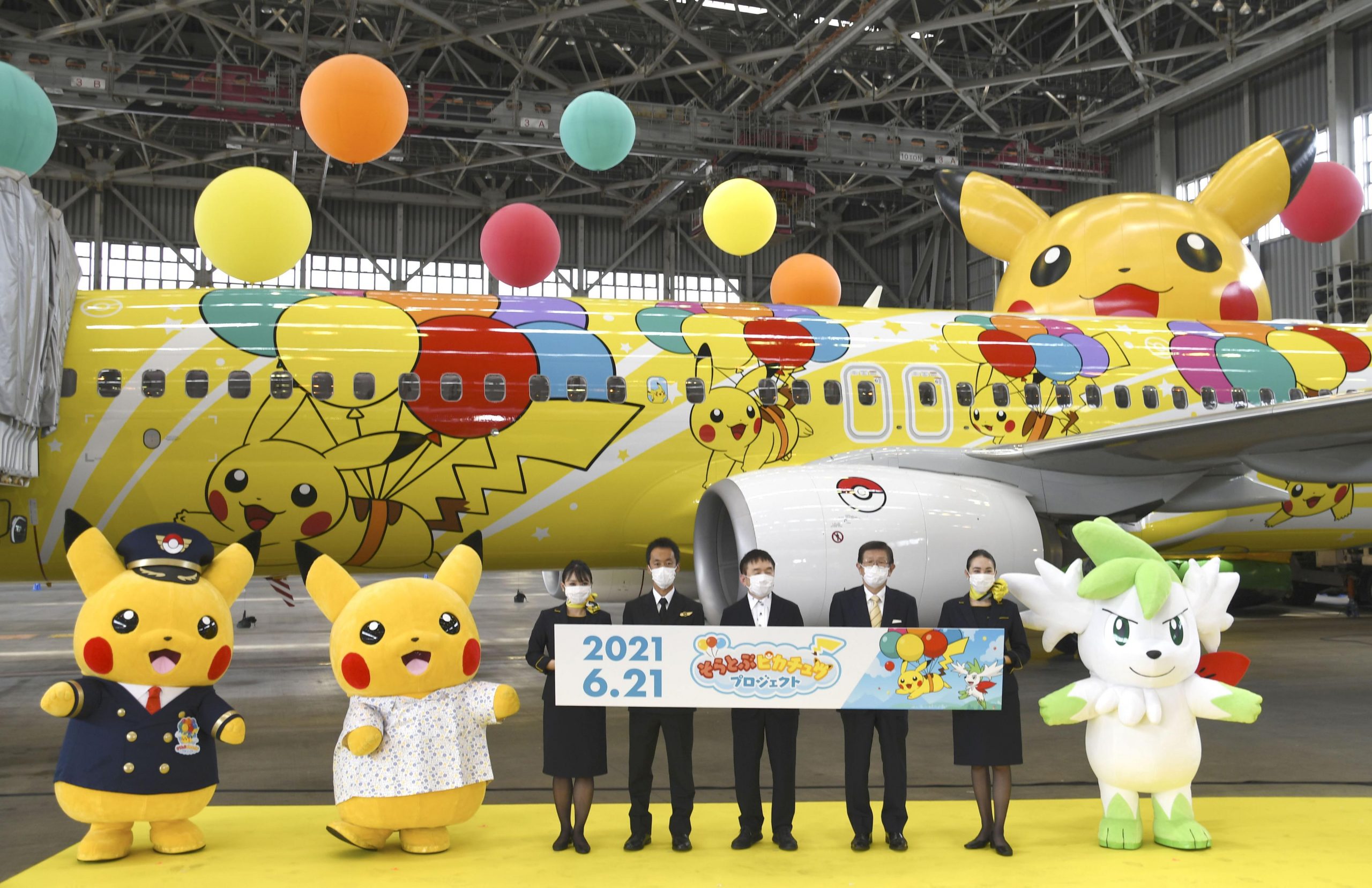 Unveiling "Pikachu Jet" for its first flight from Haneda Airport to Okinawa.

Ever wished you could fly through the skies with Pikachu by your side?

Skymark Airlines Inc., the third largest airline in Japan after Japan Airlines (JAL) and All Nippon Airways (ANA), has just made this dream a reality.

On June 21, the company unveiled its Pokémon-themed airplane sporting the much-loved main character of the story, aptly called “Pikachu Jet.” Its first journey took off from Tokyo Haneda Airport to Naha, the capital city of Okinawa Prefecture.

The Pokémon-themed aircraft is set to travel various other routes with Okinawa’s Naha and Shimojishima airports as ports of departure or destinations.

Ubiquitous in fame, memorabilia, and deriving from the long-standing manga-then-anime, Pikachu is a Pokémon that in the story has the power to electrocute enemies, and utters the adorable signature cry, “pika-pika.”

This time, exactly ten Pikachu cover the sides of the (originally) white Boeing 737, along with a yellow background decorated with colorful balloons.

But the pocket monster does not feature on just the airplane itself. During the flight customers are served with Pikachu-themed paper plates, lean back on Pikachu-decorated headrests, and find help from cabin attendants sporting Pikachu aprons!

In the unveiling ceremony on June 21, Skymark Airlines President Hayao Hora said: “I want to make people smile while they travel.”

The project was realized thanks to the full cooperation of Pokémon Co.. Ltd., which, among other things, paid for the painting costs.

Other modes of transportation are also set to feature Pokémon characters, such as the Yui Rail, which runs from Naha airport into Naha City, Okinawa.