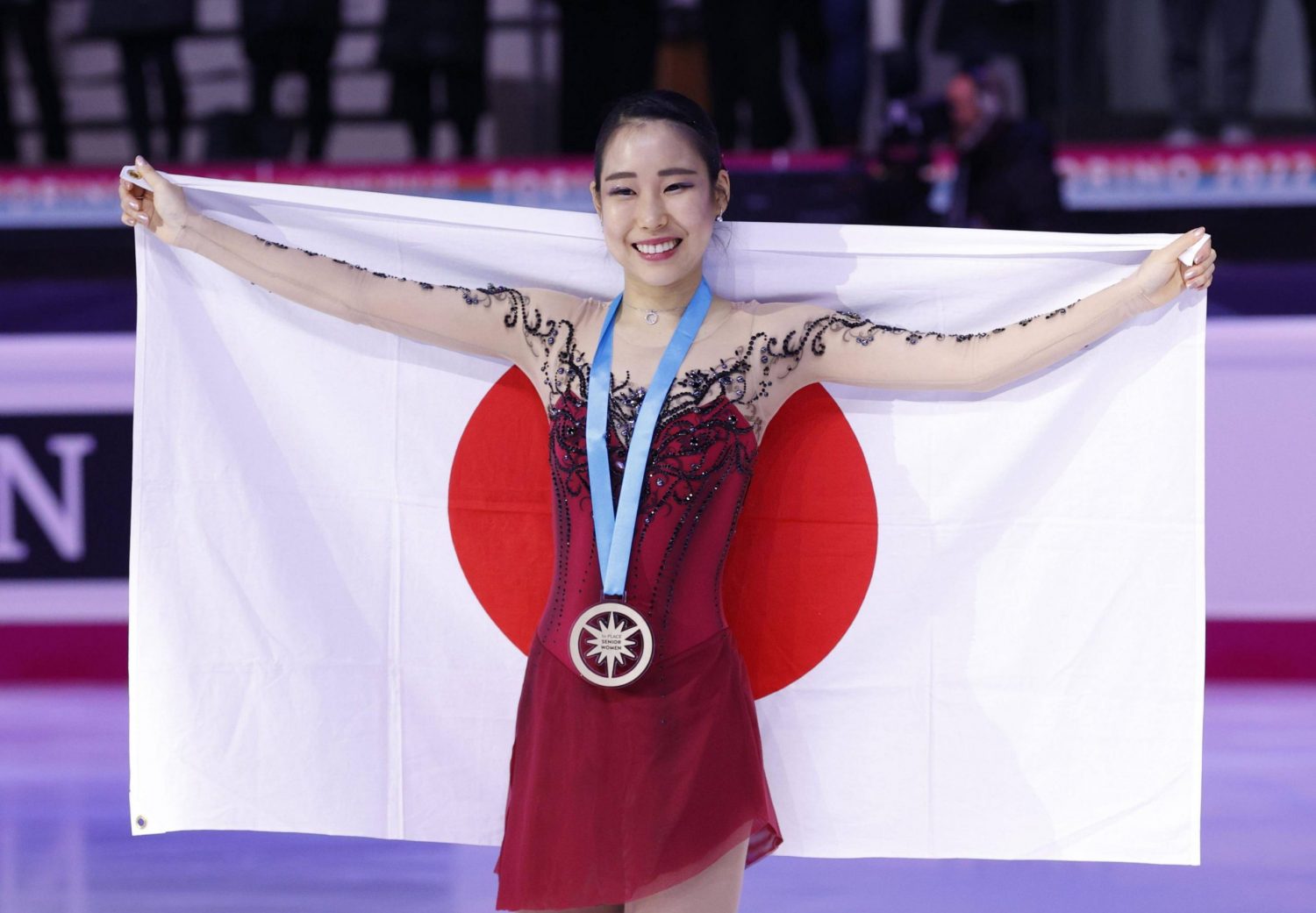 Mai Mihara, the 2022 Grand Prix Final women's champion, poses for photos after the competition on December 10 in Turin, Italy. (KYODO)

After being the lead qualifier for the Grand Prix Final with two victories during the season, Mihara topped it off by rallying to win the prestigious competition by displaying beautiful skating skills in her free skate in Turin, Italy, on Saturday night, December 10.

The 23-year-old Mihara, who was second behind world champion Kaori Sakamoto after the short program, earned the gold medal with a total score of 208.17 points, easily outdistancing Isabeau Levito of the United States who finished second at 197.23. World silver medalist Loena Hendrickx of Belgium came in third on 196.35.

Rinka Watanabe just missed out on joining Mihara on the podium, coming in fourth with 196.01. A calamitous free skate saw Sakamoto (192.56) tumble all the way to fifth. South Korea's Yelim Kim (180.58) ended up sixth.

The triumph caps an amazing comeback for Mihara, a graduate student at Kobe's Konan University, who missed the entire 2019-20 season due to illness.