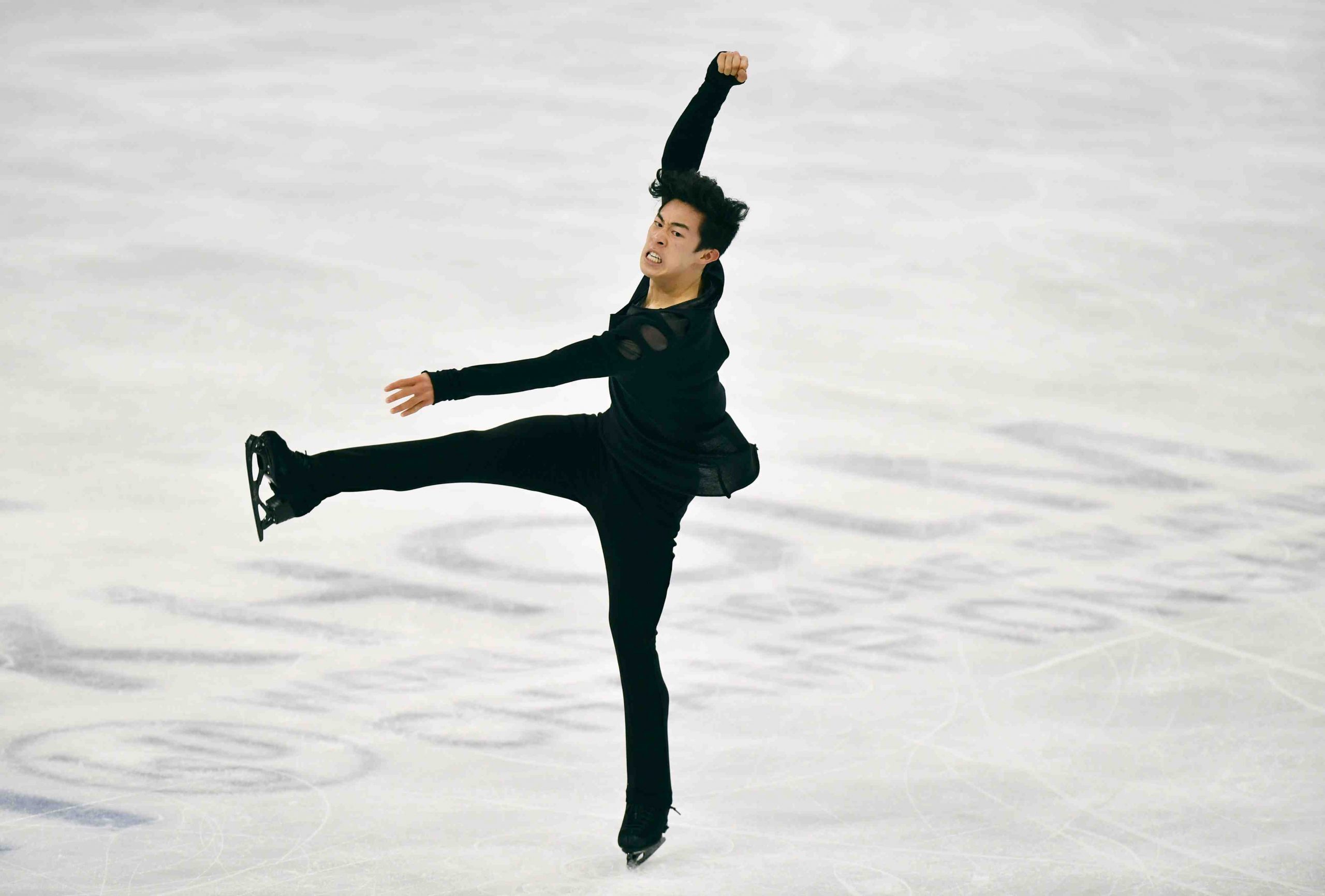 Nathan Chen won his third straight world title in impressive fashion on Saturday afternoon in Stockholm. The 21-year-old American rallied from third place after the short program with some magnificent jumping to take the gold ahead of Yuma Kagiyama, who in his first season as a senior, captured the silver while displaying his immense potential.

Two-time Olympic champion Yuzuru Hanyu, who led by six points over Kagiyama after the short program. settled for the bronze after struggling in his free skate.

Chen landed five clean quadruple jumps and five triples to overcome an eight-point deficit on the way to victory. His winning total score was 320.88 points.

Shoma Uno, who was sixth after the short program, moved up to finish fourth with 277.44, while Russia’s Mikhail Kolyada (272.04) came in fifth.

Chen skated to “Selections from Philip Glass” and was nothing short of spectacular. The 21-year-old opened with a quad lutz, then landed a quad flip/triple toe loop combination jump. Chen went on to hit a quad salchow, and two separate quad toe loops in combination, while earning level fours for his spins and step sequence.

Chen became the first American man to win three consecutive world crowns since Scott Hamilton won four in a row (1981-84) and will take momentum into the Olympic season.

“I wouldn’t say this was one of my best free programs. But I will cherish it and remember it forever,” Chen stated.

“I’m looking forward to next season and seeing what everyone else brings to the table,” Chen commented, when asked about how many quads might be necessary to win at next year’s Beijing Olympics. “I’m going to go home and rest after this and spend time with my family.”

Chen, a student at Yale University, confirmed that he will take a gap year during the Olympic campaign, but will return to his studies afterward.

Kagiyama competed to the music of “Avatar” and was superb, landing three quads and seven triples. He displayed nice line and edge, and received level fours for his spins and step sequence.

The 17-year-old Kagiyama upstaged what was supposed to be a showdown between Chen and Hanyu, and was exuberant after he saw his scores posted and realized he was going home with a medal.

“I was so surprised [to finish second]. I don’t regret my performance at all,” Kagiyama said. “I did not feel nervous after the short program because I was a challenger here.”

The son of two-time Olympian Masakazu Kagiyama said he is anxious to continue refining his skills.

“When I go back to Japan, I want to practice more,” Kagiyama added. “I see so many things I want to work on that I want to go back on the ice immediately.”

Hanyu skated to “Heaven and Earth” and was off from the start, putting his hand down on his first two jumps (quad loop, quad salchow). He picked up the pace in the middle of the program, landing a nice quad toe loop/triple toe loop combo, then a quad toe loop to start a three-combo jump, but it wasn’t enough.

Hanyu also struggled with his triple axel and finished fourth in the free skate, after only executing two combinations. He received level fours for his spins and step sequence, but that could not compensate for the jumping difficulties.

Hanyu admitted that his condition was less than optimal as a result of something special he had been working on in practice.

“Coming into the competition I was working on my quad axel and I overworked my body,” Hanyu remarked. “I want to work on it more and be the first person to land a quad axel in competition.”

When asked about next season, Hanyu acknowledged that with the ongoing pandemic, it was anyone’s guess.

“I have had good experiences and bad experiences at both Olympics and those have helped me grow into the skater I am,” Hanyu said. “I don’t know what the global situation is going to be and if the Olympics will take place, that will be that.”

Uno skated to “Dancing On My Own” and had a rough start, landing on the quarter in two of his first three quads, but found his form as the program progressed and was third in the free skate.

“I’m very happy that my coach Stephane [Lambiel] was happy, so I am happy too,” Uno stated. “I have to practice more and show people that I am improving.”

The free dance was set for later Saturday.

Russia’s Victoria Sinitsina and Nikita Katsalapov lead with a score of 88.15 after the rhythm dance. Madison Hubbell and Zachary Donohue (86.05) of the United States are in second place, with Americans Madison Chock and Evan Bates (85.15) in third.