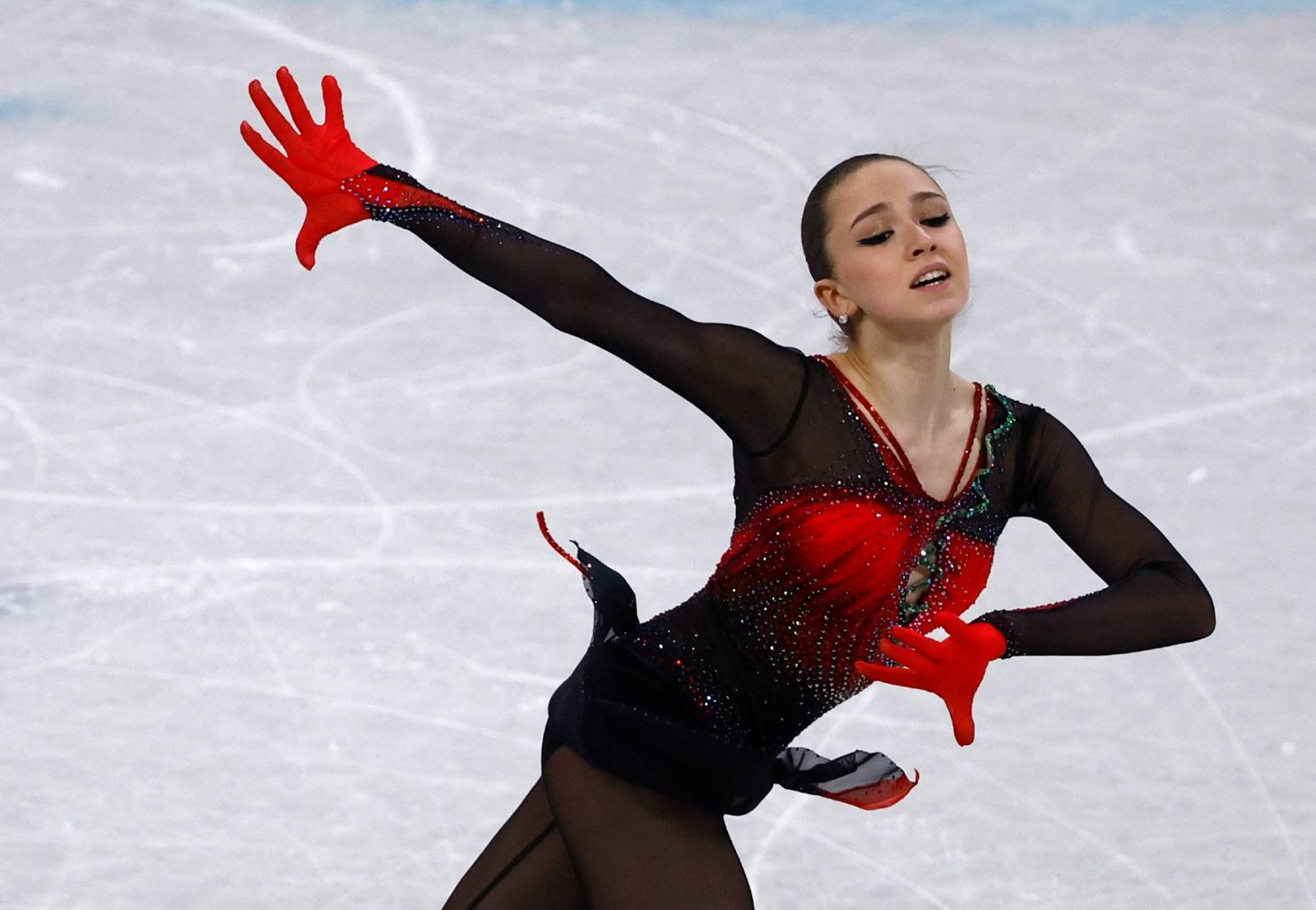 Kamila Valieva of the Russian Olympic Committee performs her free skate program in the team competition at the Beijing Winter Olympics on February 7. (Evgenia Novozhenina/REUTERS)

In what is shaping up as a story that could be the biggest of the Beijing Olympics, multiple reports have revealed that Russian star Kamila Valieva is the figure skater who participated in the team event but who failed a drug test some time before the Winter Games began.

Early Thursday morning, February 10, Inside the Games, a website that follows the Olympic movement, reported the young star was the focus of the controversy. Reports in Russia have further stated that the drug in question is trimetazidine, which is generally used to treat angina. It helps the flow of blood and oxygen to the heart. The drug is banned by the World Anti-Doping Agency both in and out of competition.

Chinese swimmer Sun Yang, a three-time Olympic gold medalist, was banned for three months for using the same drug back in 2014 after testing positive for it at the Chinese Championships.

Valieva helped the Russian Olympic Committee win the gold in the team event by skating in both the short program and the free skate.

The 15-year-old phenom, who landed two quadruple jumps in her free skate, is the first female ever to do the difficult jumps in the Olympics.

Valieva won the European Championships last month in Estonia. She was also the world junior champion in the 2019-20 season.

Fallout for Other Teams

The implications are profound for the United States, Japan, and Canada, the teams that finished second, third, and fourth, respectively, in the team event. If the ROC is disqualified, the US would get the gold medal, Japan the silver, and Canada the bronze.

The IOC is in a very difficult position, because if it somehow allows the team results to stand and Valieva to skate in the singles competition next week, there will be outrage from many other countries participating in Beijing. Especially considering that Russia is already prevented from competing under its national flag due to previous doping transgressions.

If Valieva is banned from skating in the women’s competition, this would also significantly improve the medal chances of Japan’s top skater Kaori Sakamoto, who finished sixth in Pyeongchang four years ago.

The fallout from this incident is likely to cause further problems for Russia with international doping authorities. Russia has been banned from participating under its own flag for the last three Olympics due ongoing issues with the World Anti-Doping Agency in the wake of the Sochi doping scandal.

The drama began on Monday night February 7, when the IOC postponed the medal ceremony for the team event, which had concluded that afternoon. It was rescheduled for Tuesday night, then postponed again at the last minute in a statement by the IOC.

On Wednesday afternoon February 9, Inside the Games published a story saying that the International Skating Union (ISU) had confirmed the delay “had been caused by a legal issue.”

The website reported that “a situation involving the Russian Olympic Committee (ROC) and the international doping authorities is believed to be the cause of the delay.” They went on to say, “It is believed the problem refers to a drugs test conducted before Beijing 2022.”

Then later Wednesday, USA Today’s Christine Brennan reported that the medal ceremony “has been delayed by the positive drug test of one member of the gold-medal winning Russian team, according to a person with knowledge of the situation who spoke to USA Today on the condition of anonymity.”