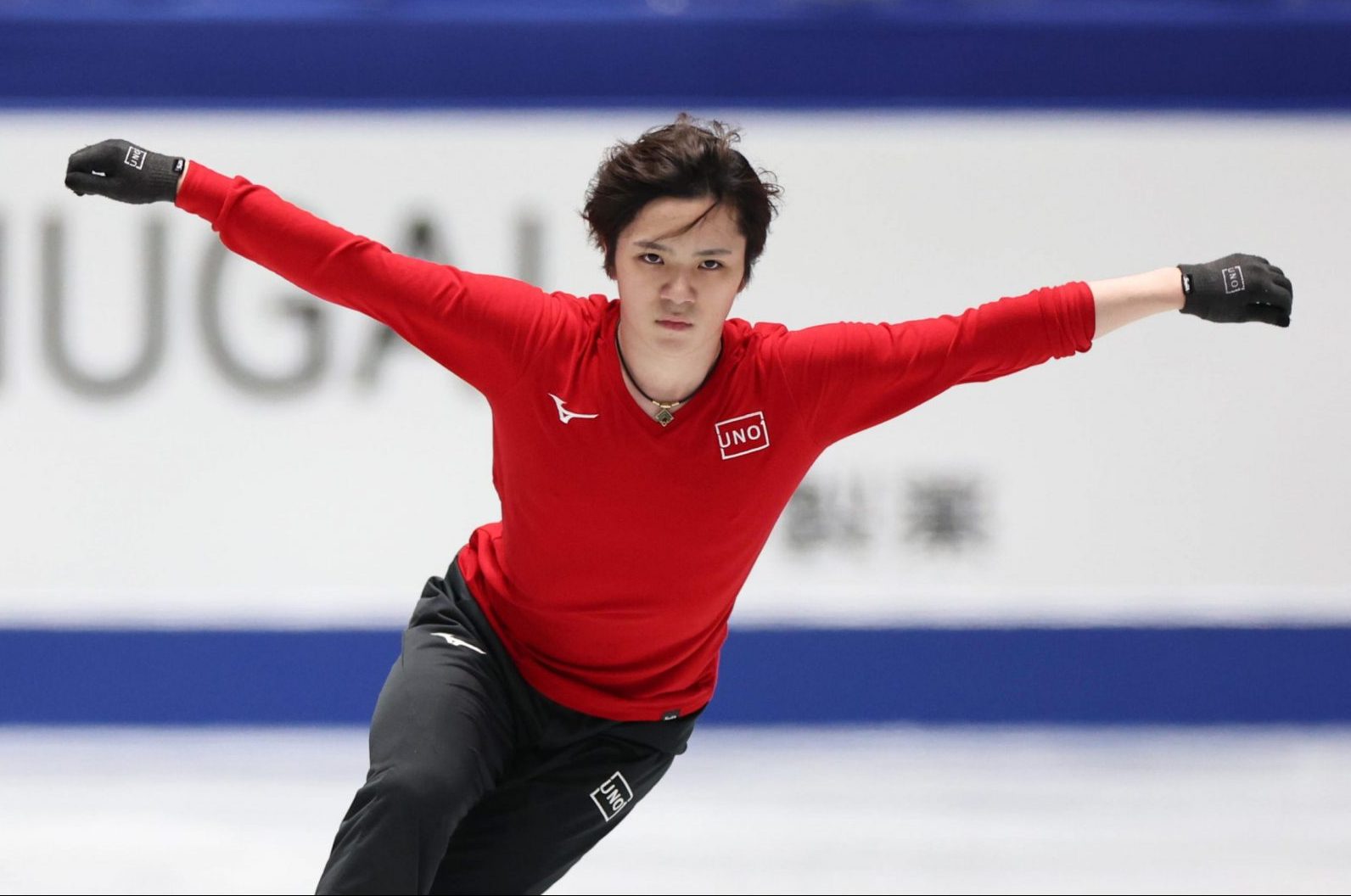 Shoma Uno, the 2018 Olympic silver medalist, is one of the favorites to win the men's competition at the NHK Trophy.

Shoma Uno will be looking to lock up a spot in next month’s Grand Prix Final when he takes the ice on Friday night, November 12 at the NHK Trophy at Tokyo’s Yoyogi National Gymnasium.

The Pyeongchang Olympics silver medalist is one of the favorites to win here after finishing second at Skate America in Las Vegas last month behind American Vincent Zhou, who will also be competing.

Uno worked on his free skate to “Bolero” during Thursday’s practice and said afterward that he was feeling confident about his skating.

“Everything is improving now and technically spiritual,” Uno stated. “I have been able to face skating well. The most important thing I have practiced is the quadruple salchow.”

“I honestly think 80 percent of the quad loop is luck,” Uno commented. “There are almost no jumps that can be worry free. It’s OK to make mistakes.”

A win here would give Uno 28 points in the Grand Prix standings and secure a berth for him in the GP Final in Osaka. He will skate next-to-last in the 11-skater field in Friday’s short program.

Hiwatashi, who was scheduled to arrive in Japan on Monday, November 8, spoke with JAPAN Forward on Thursday and detailed how his trip to Japan was delayed by an unplanned 13-hour stopover in Los Angeles and he didn’t get here until Tuesday, November 9.

“The doctor who signed the form for my PCR test forgot to fill in the date, so I had to find a place near the airport to take another one,” Hiwatashi remarked. “I was able to do it fairly quickly, but I still missed my flight by 10 minutes and then had to wait 13 hours for the next one. I made the best of it, though.”

Hiwatashi remains in contention for the U.S. team for the Beijing Olympics and said he is concentrating on refining his jumps.

“I’m messing up my jumps a little bit, but I am getting there,” Hiwatashi stated. “My consistency has not been great. I’m going to push it here and do my best.”

Hiwatashi mentioned that it was unfortunate that two-time Olympic champion Yuzuru Hanyu will miss the NHK Trophy due to an ankle injury.

“It would have been nice to see him skate,” Hiwatashi commented. “I love watching Yuzu skate. I wish the best for him.”

The women’s competition promises to be an interesting one. Russia’s quad-jumping sensation Alexandra Trusova, who won Skate America, would have been the favorite, but she withdrew with an ankle injury earlier this week.

“This season’s theme is ‘act with will,’ ” Sakamoto noted after practice. “I want to finish at the top of the Japanese team because the results of the two Grand Prix will be involved in the selection of representatives [for the Olympics and world championships].”

The NHK Trophy will be a very important event for Matsuike, who was third at last year’s event as a junior. Her fluid skating and considerable poise could push her into serious consideration for a place on Japan’s Olympic team with a solid performance here.

“In the first year after becoming a senior, jumping differently from juniors is essential and I practiced to look like an adult,” the 17-year-old Matsuike commented. “I would like to practice in front of the mirror so that it looks soft, though I put a lot of effort into it.”

Two-time U.S. champion Alysa Liu is also in the field of 10 skaters, along with South Korea’s Young You and Eunsoo Lim.

The pairs competition will feature Japan’s Riku Miura and Ryuichi Kihara, who have been surging this season. They won the Autumn Classic International in Quebec, Canada, in September, then took second place at Skate America.

A strong showing here could clinch a spot in the GP Final for Miura and Kihara, which would be a first for an all-Japanese pair.

“I want to do my best to get all level fours [on program components] and surpass Skate America in terms of points,” Miura said.

Miura and Kihara will face strong opponents in world champions Anastasia Mishina and Aleksandr Galliamov of Russia and their compatriots Evgenia Tarasova and Vladimir Morozov.

The NHK Trophy will get underway with the pairs short program on Friday afternoon, followed by ice dance, then the women’s and men’s short programs.