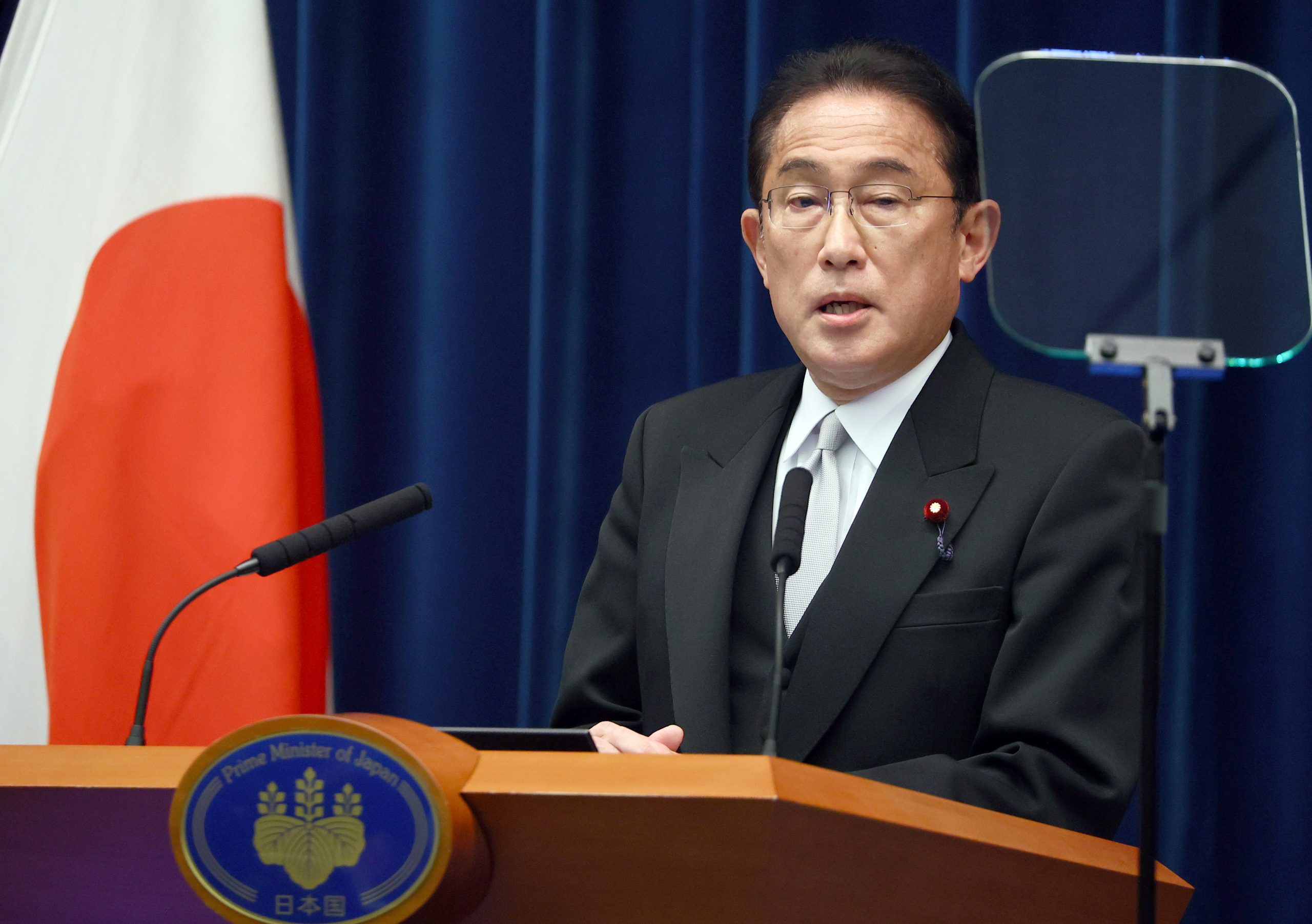 On November 10, Japan’s Prime Minister Fumio Kishida was formally re-elected as leader of the country, with both houses of the National Diet voting in his favor.

On the same day he announced his new cabinet, and mapped out his administration’s key policies going forward. They center around COVID-19 and the economy ー or as the prime minister has dubbed it, “new capitalism” ー and reform of Japan’s postwar constitution.

In an evening press conference on November 10, he walked through his policies with regards to international relations, including his administration’s stance on the U.S.-Japan alliance, COP26 and the North Korean abduction cases.

This marks the official investiture of the new government after Japan’s general election on October 31, when the majority party, the Liberal Democratic Party in coalition with the Komeito won a comfortable majority in the House of Representative election.

Reflecting back on the election, Kishida told journalists at the evening press conference, “During the election, there were many close battles in constituencies. And I heard many putting their faith in our coalition, and many voicing their frustrations.”

He continued, “We need to listen to the voice of the people, now more than ever”.

We unpack some of Kishida’s main policy points going forward, below.

Start of the New Cabinet

Kishida largely retained his previous selection of ministers, with the notable exception of Toshimitsu Motegi, foreign minister under who was selected to take over as the secretary general of the ruling Liberal Democratic Party, the LDP’s number 2 position after the prime minister. In his stead, Yoshimasa Hayashi was tapped to become foreign minister.

RELATED: Meet the Kishida Cabinet: A Few Holdovers, More Women, and a Host of First-timers

Hayashi, the number two in the Kishida-led faction of the LDP, previously served as education minister (2017-2018) and has a range of expertise in policymaking. He is seen as part of the pro-China faction of the party, having led the bipartisan parliamentary group promoting Japan-China friendship since 2017.

Another new addition is LDP veteran Gen Nakatani, former defense minister (2014-2016) and director general of the Japan Defense Agency (2001-2002), who will serve as an advisor to the prime minister on human rights issues. Issues he will cover include Hong Kong and Chinese minorities, including the Uyghurs in the Xinjiang region.

The prime minister’s message centered around improving the national framework for dealing with COVID-19.

The government plans to increase bed capacity to be prepared in the event of a virus which is “up to twice as contagious.”

During the months of July and August 2021, Japan was stretched for bed capacity and over 130,000 people were left to recover from the virus at home.

Japan is set to start the rollout of vaccine booster shots beginning in December. The government is also expecting early approval of the COVID pill for broad usage by the end of the year.

Kishida also mapped out how the administration plans to streamline and provide free PCR testing for people who are without symptoms.

The economic measures the Kishida administration plans to enact are also connected to COVID. They would help students and struggling families, with a particular focus on those with children.

“We want to give ￥100,000 JPY ($880 USD) to financially struggling families, and the same amount to struggling students,” he said.

Kishida also voiced his resolve to re-start the domestic travel-boost campaign, “Go To Travel,” using vaccine passports and PCR tests, although he did not specify a timeline. Moreover, he said the government is deciding whether to open borders to foreign tourists within the calendar year (2021).

Kishida fleshed out for the first time the idea of “new capitalism,” which he promoted during the campaign. The concept is intended to bring economic growth and then take steps to close the income equality gap.

RELATED: Where to Live for a Better Chance at Income Equality? Try Japan

The prime minister talked of his “digital garden city-state concept,” which anticipates the fostering of technological development at its center to boost economic growth in society.

“Aiming to become a science and technology nation, we want to dedicate a [government] fund of ￥10 trillion JPY ($87.8 billion USD) to support university research, to be established within the fiscal year [ending March 31, 2022],” said Kishida.

The fund would support research in such fields as vaccines and medical treatments, green energy technology, artificial intelligence, and other cutting-edge technology. It is intended to help “strengthen the supply chain and ensure the reliability of [the nation’s] core infrastructure.”

Kishida also focused on human resources, arguing that “the key to achieving both corporate profitability and salary increases is investing in people.” The government’s role in this will be investing in vocational training and skills development, and “creating an environment where women and the elderly can play an active role.”

Investment in public sector professions, along with increasing childcare support, education, and housing, were also identified to help lift those in society who are struggling the most.

In a move clearly intended to show Japan’s stance to the rest of the world, Kishida mentioned his standing in relation to other foreign powers.

To begin, he pointed out that the negotiations with U.S.’ President Joe Biden “have already started.” He said he plans to make an official state visit to Washington as soon as possible, “to further strengthen the U.S.-Japan alliance and push the realization of the free-Indo Pacific alliance.”

On the North Korean abduction issue, Kishida pledged to put all possible resources into resolving the issue. Signaling continuity in the effort, he also reiterated the pledges made by his two immediate predecessors, Shinzo Abe and Yoshihide Suga, saying “I am resolved to meet chairman Kim Jong-Un without preconditions.”

Discussing the global climate challenge, Kishida said that Japan’s plan was to “take a leading role in the discussion on building a long-term sustainable economic society worldwide.”

When an NGO abroad criticized him for Japan’s refusal to join the stance of some nations banning coal energy, Kishida responded that, “Japan will firmly control the negative aspects of coal-fired power by making full use of ammonia, hydrogen and the latest technology, taking into consideration various circumstances of the region.”

He elaborated: “I feel we must put more effort into improving communications on the merits of these technologies. Unless we do so, there will not be sufficient understanding by the international community.”

Finally, Kishida identified revision of the constitution as “a very important issue,” and one which he planned to address head on.

The prime minister previously voiced his resolve to amend the constitution while campaigning for the party leader race. He made it clear that changes would include, among other things, terms supporting the legitimacy of the Japan Self-Defense Force.

“We (the LDP) must evolve into a political party of bold governance reforms, that promotes young people, broader participation, and open discussion with people, to project an open dialogue on policy in the medium to long term,” he emphasized.