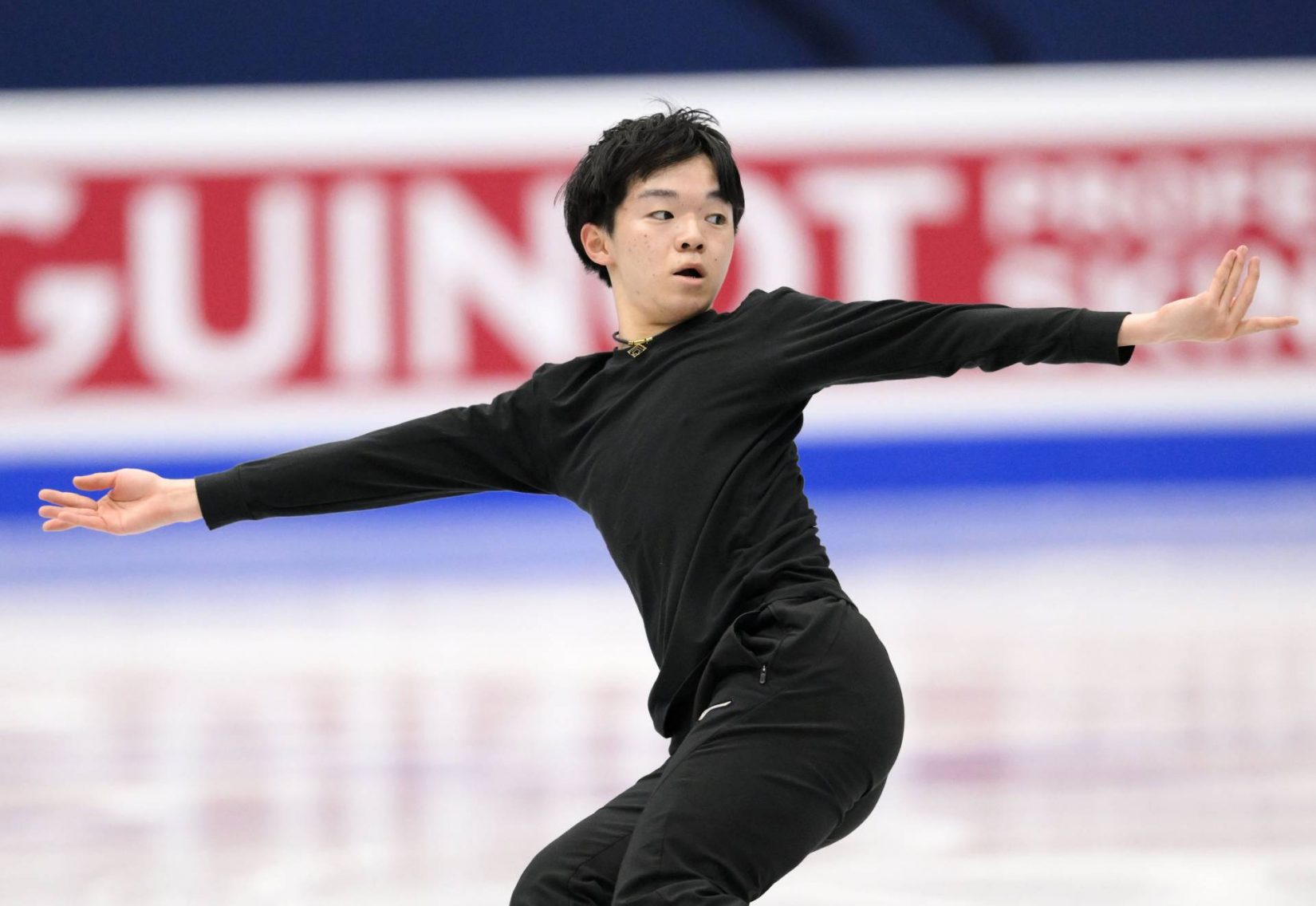 Yuma Kagiyama practices in the run-up to the World Figure Skating Championships in Montpellier, France, on March 21.

Olympic silver medalist Yuma Kagiyama took the ice on Monday morning, March 21 at the first official practice for the world championships in Montpellier, France, and ran through his short program to “When You’re Smiling.”

In the absence of injured Beijing gold medalist Nathan Chen, the 18-year-old Kagiyama is the favorite to win the world title this week. Kagiyama fell on his final triple axel, but other than that had a smooth and uneventful training session in which he shared the ice with only Canada’s Keegan Messing.

In an interview posted on the ISU website on March 18, Kagiyama discussed how he went into the Beijing Games with a special focus.

“During the Olympic Games I didn’t think about the Olympics being special and remembered that I had to perform like I would in a normal competition,” Kagiyama told the website. “I wasn’t too nervous, which was good. I thought, ‘If you don’t enjoy it, you lose it.’ ”

Kagiyama said he liked being able to connect with athletes from other sports in Beijing.

“I was happy to be able to be myself, and what was good outside of the competition was that I was able to interact with other athletes more than I expected to,” Kagiyama stated. “There was the Exhibition Gala at the end, and I stayed there [in Beijing] for a long time. It was great to watch the other competitions on TV and to talk to other athletes in the Olympic Village, even if it was just to greet them.”

While many Olympic medalists find it difficult to practice after the Games are over due to media and sponsor obligations, Kagiyama noted that he kept himself on track.

“I was able to train for a week in isolation at the National Training Center (in Nagoya),” Kagiyama commented. “I could have rested for a day or so, but with the world championships still ahead of me, I had a strong feeling that I needed to train.”

Meanwhile, the ice dance team of Kana Muramoto and Daisuke Takahashi did not appear at the morning practice session on Monday.

The worlds will mark the first major competition for Muramoto and Takahashi, who were not selected to compete at the Olympics last month.

It was a banner weekend for Japan at the Coupe du Printemps in Kockelscheuer, Luxembourg, where Kazuki Tomono, Rinka Watanabe and Ami Nakai were all victorious.

There will be little time to rest for Tomono, however, as he is set to replace the injured Kao Miura at the worlds. Miura had been tabbed to take the spot of the injured Yuzuru Hanyu in France, before suffering a left quadriceps injury in practice last week.