Five Athletes to Watch at the Paralympics 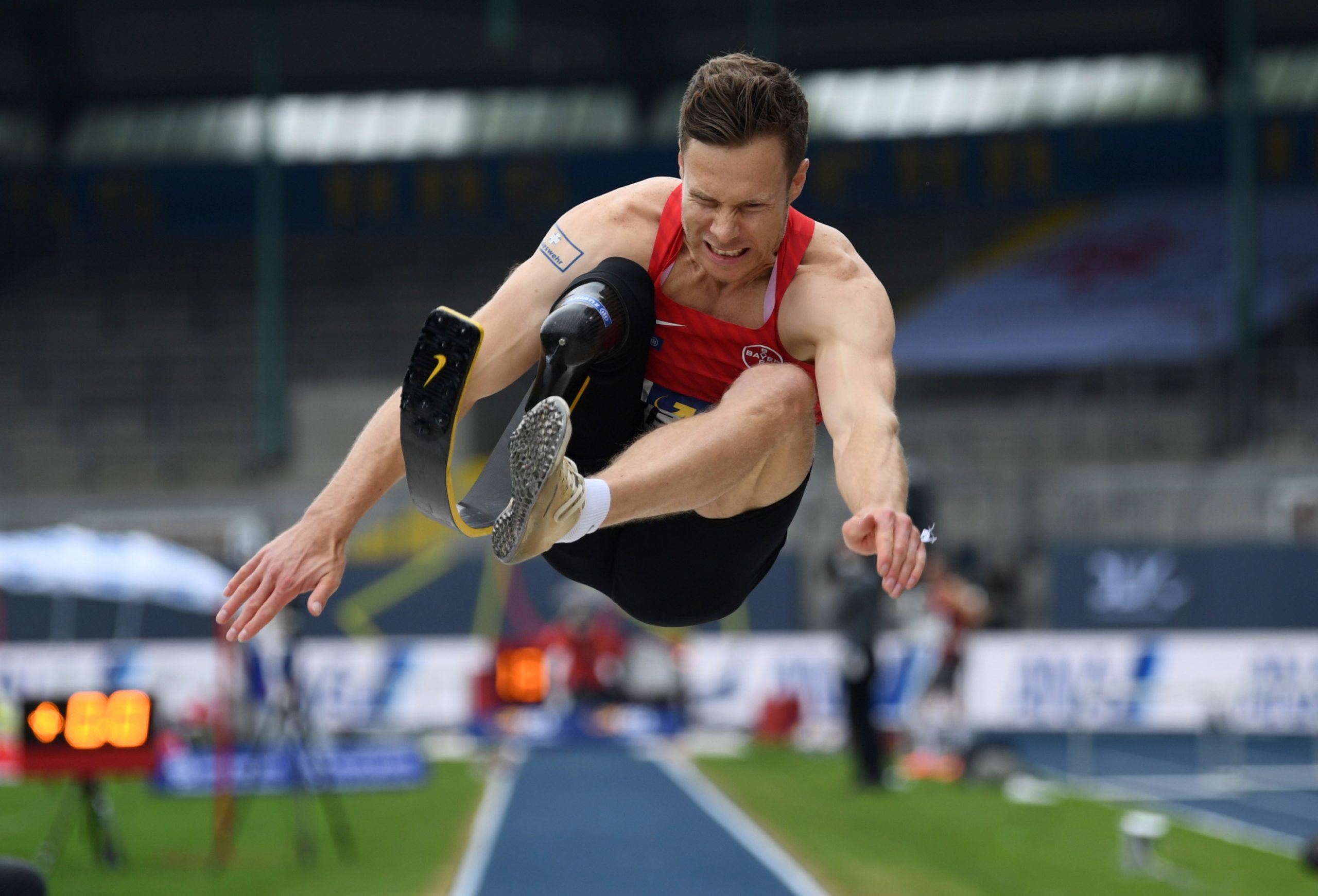 Markus Rehm soars through the air in the men's long jump event at the German Athletics Championships on June 6 in Braunschweig, Germany. (Annegret Hilse/REUTERS)

Whether spectators will be allowed at the Tokyo Paralympics set to begin on August 24 is still under discussion. Japanese Prime Minister Yoshihide Suga has said the decision will be in line with the COVID-19 situation.

One thing for sure is, with or without spectators, there will be many stirring moments, as there were for the Olympics.

This the 16th edition of the Paralympic Games and the second time they have been hosted in Tokyo following 1964.

Here are some of the athletes to keep an eye once the Games begin.

Nicknamed “The Blade Jumper,” Markus Rehm is one of the most recognizable athletes at the Paralympics.

Rehm, who has a blade-type leg prosthesis, also claimed the gold medal in the 4x100-meter relay at the Rio de Janeiro Paralympics.

In Tokyo, he will be seeking his third long jump gold medal that would solidify his place as one of the top Paralympians of all time.

Rehm attempted to qualify for the Rio Olympics to become the second bladed athlete to compete at the Olympics following runner Oscar Pistorius at the 2012 London Games.

Rehm took his case to the IAAF (now known as World Athletics) but track and field’s governing body denied him permission to participate in the 2016 Olympics.

Sebastian Coe, the organization’s president, commented on the decision in June 2016. “Rehm still has to prove that the prosthetic doesn’t give him an unfair advantage and he has not been able to show that,” Coe was quoted as saying by The Associated Press.

Despite the ruling, Rehm still hopes the day comes when he sees Paralympians competing side-by-side with Olympic athletes.

“If I would see one day that there’s a relay between Olympic and Paralympic athletes, as a connection event, I think I would start crying, because this is something I have been talking about for so many years,” Rehm told Olympics.com.

Rehm had his right leg below the knee amputated after a wakeboarding accident in 2005 when he was 14.

World No. 1 Shingo Kunieda is set to compete in his fifth straight Paralympics. The 37-year-old won gold medals in men’s singles at the 2008 Beijing Games and the 2012 London Games.

In a statement released by the Japanese Paralympic Committee, Kunieda expressed his appreciation for being able to take part in the Games in these challenging times.

“I will not forget my appreciation for everybody who worked to make [the Games] possible,” he said. “I understand that there are various regulations due to the coronavirus pandemic and will follow them when taking part in the competition.”

Kunieda was defeated in the quarterfinals of the Rio Games so he will have plenty of motivation to capture the gold on home soil.

A native of Chiba, Kunieda is paralyzed in the lower half of his body due to a tumor in his spinal cord found when he was 9.

India’s most successful Paralympic athlete, Devendra Jhajharia will be aiming for a third Paralympic gold medal in the javelin event.

The 40-year-old Jhajharia was 23 when he was first crowned Paralympic champion in Athens in 2004. He also won gold in the men’s javelin F46 in Rio.

Jhajharia, whose left arm was amputated when he was 8, set the world record of 62.15 meters in Athens, eclipsing the previous mark of 59.77.

In Rio, he won the gold again and set a new world record of 63.97. He will be looking to better that in Tokyo.

“When I set the world record for the first time in 2004, It stayed until 2016 when I broke the record myself,” Jhajharia told Olympics.com. “Now, for Tokyo, I have set myself the target to further extend the world record so that it stays in my name for many years.”

Born without a right hand and forearm, Natalia Partyka has been a dominant force in table tennis for 20 years. The 31-year-old native of Poland has competed in both the para and able-bodied disciplines. She is an eight-time Paralympic Games medalist since making her debut in Sydney when she was just 11 years old when she became the youngest Paralympian in history.

Partyka, who will compete in the Tokyo Paralympics, won a record fourth consecutive singles gold medal at Rio 2016, competing in the women’s class 10 category.

As an Olympian, she reached the last 32 in women’s singles at the London Games in 2012. She was eliminated in the second round at the Tokyo Olympics on July 25, and also participated in the women’s team competition.

A retired U.S. Navy Explosive Ordnance Disposal officer, Brad Snyder served in both Iraq and Afghanistan. In September of 2011, he was blinded after stepping on an improvised explosive device. While his arms and legs were unaffected, he lost his eyesight. Just one year later, Snyder won gold in the men’s S11 400-meter swimming freestyle at the 2012 Paralympic Games and left London with a total of two gold medals and one silver. Four years later in Rio, Snyder won four Paralympic medals.

In Tokyo, the seven-time Paralympic medalist will be seeking a medal in the paratriathlon after switching to the sport in 2018.