Five Shocking Scenarios for the Year of the Tiger 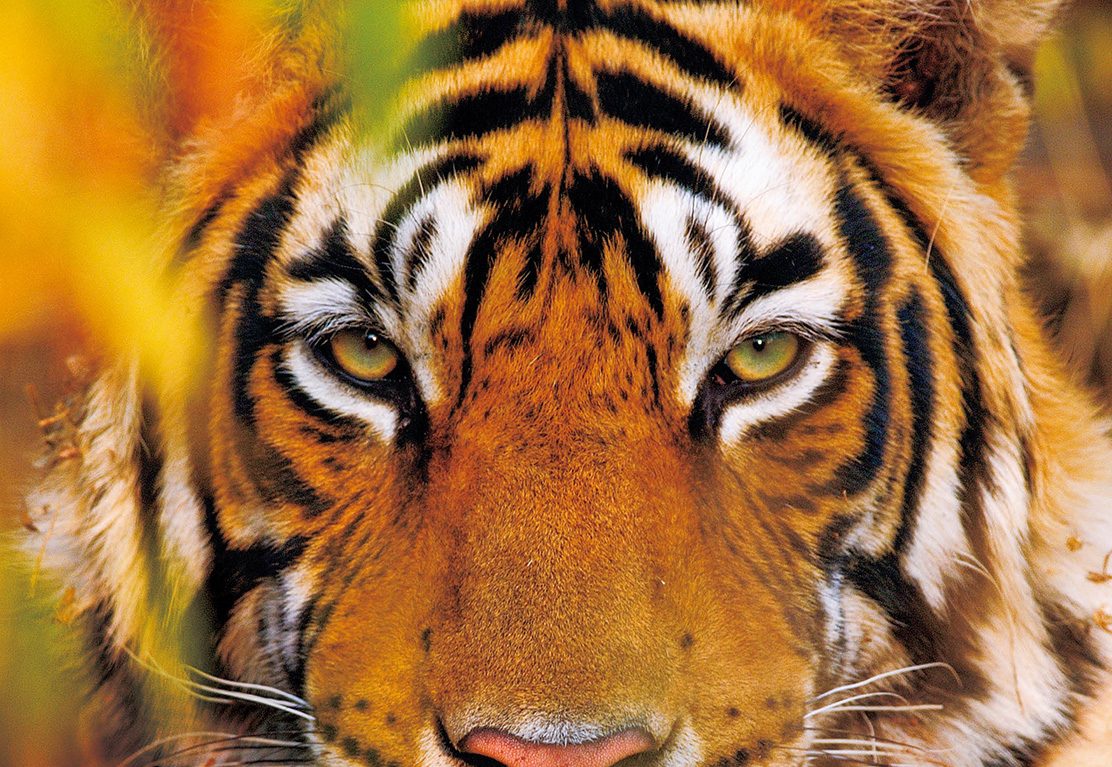 Making predictions is a mug’s game. Who in 2019 would have forecast the state of the world as it is today? Rather than try to guess what is most likely to happen next, we might benefit more from imagining possible futures that would have a significant impact on the world.

Here are five that might be lying in wait for us, ready to pounce with a blood-curdling roar.

They cover energy, finance, the pandemic, economics and geopolitics. Some are quite plausible. One is highly unlikely, but has the potential to turn our world upside down. Tail risks should never be dismissed, especially when the tail concerned belongs to a tiger.

Back in the late 1980s, the Japanese stock market accounted for half of global market capitalization, while Japan’s share of global GDP was a mere 13%. Japanese companies went on a massive shopping spree, which included the purchase of the Rockefeller Center by Mitsubishi Real Estate and Columbia Pictures by Sony, the latter being the subject of a notorious cover picture on Newsweek magazine.

So far mega takeovers of non-US companies have been few and far between, but there is little doubt that the Godzilla-scale market capitalization of the major US tech companies gives them every opportunity.

No doubt, the Japanese government would be disturbed by the prospect of one of its most prestigious companies being gobbled up by an American giant. However, given the geopolitical realities, which are that Japan needs the US much more than the US needs Japan, it would be hard to refuse.

What could Japan do before Godzilla appears in Tokyo Bay?

There is one obvious solution – to take companies off the stock market altogether. In fact, this is likely to become an increasingly popular manoeuver in many countries as managements seek to avoid the ever more stringent demands of ESG (Ethical, Social, Governance) oriented-investors.

If Japanese blue chip companies are bargains in the eyes of foreign managements, why don’t Japanese managements and financiers buy them up first?

Geopolitical risk has risen sharply with the rise of a much more assertive and technologically advanced China in the last decade.

So far the leadership’s strategy has been to use deception and incremental moves to achieve its goals, as in the brilliantly executed appropriation of the South China Sea and the takeover of Hong Kong. But in the case of Taiwan, a more drastic and confrontational approach would be necessary.

There are two reasons why the leadership might opt to move sooner rather than later.

First, the United States is currently a bitterly divided nation and President Biden is preoccupied by domestic issues. Yet by the middle of the decade there could well be an anti-China alliance and trade bloc stretching from India to Japan, with the Japanese and Taiwanese economies increasingly integrated in the high-tech area.

The second reason is that the Chinese economy’s best days could well be behind it. There might even be Japan-style “lost decade” as real estate prices slump, the finances of regional governments crumble and the working population starts to shrink.

History tells that authoritarian governments have sought to overcome hard economic doldrums by whipping up nationalist sentiments and engaging in aggression.

An invasion of Taiwan would be the largest seaborne operation since D-day. There would be many casualties, but China would certainly prevail without Western military intervention.

No doubt, there would be boycotts, sanctions, condemnations in the United Nations, and probably a deep worldwide recession as supply chains collapsed. The shock value would be equivalent to 9/11, indeed greater in its overall impact on the global balance of power.

So the key question is what would the West do in the case of a move on Taiwan? Or, rather, what does the Chinese leadership believe the West would do?

Japanification, shorthand for “becoming more like Japan”, is a concept that originated in the world of finance and economics. After Japan’s asset bubble burst in the early 1990s, economic growth slowed dramatically, deflation set in and interest rates slumped to levels far below what was considered normal elsewhere.

Domestic and foreign media latched onto social problems seemingly related to economic stagnation– young hikikomori recluses, parasite singles who stayed in the parental nest into their late twenties, a fertility rate far below what was needed for replacement. The nadir of such commentary was a 2013 BBC documentary, “No Sex, Please, We’re Japanese”, which claimed that the low birth rate was caused by lack of libido.

As time passed, it became clear that super low interest rates, weak growth and the related social pathologies were far from being exclusively Japanese. The same phenomena could be seen across the developed world.

As of 2019, many believed that worldwide “Japanification” was inevitable; that deflation was our destiny, thanks to structural forces such as demographics, the price transparency of internet shopping and the weak bargaining power of organized labor.

Then along came COVID, and the conventional wisdom was turned upside down as inflation suddenly took off, reaching levels not seen since the 1970s in some countries. US consumer price inflation reached 6.8% in November 2021, with the UK equivalent at 5.1% ,and even inflation-phobic Germany at 5.2%.

Even in disinflationary Japan, there have been price hikes for theme park tickets, “gyudon” beef bowls, mayonnaise, and materials like cement and steel. According to the Bank of Japan’s Tankan survey, the number of companies expecting to hike prices is at its highest level in 30 years.

A transient phenomenon, as Chairman of the US Federal Reserve Jay Powell stated, or the shape of things to come?

We don’t have a gold standard these days. We have a political standard. If inflation is perceived as a huge problem by the public, governments will tackle it. If other problems are perceived as much more serious – such as inequality, social fracture and climate change – they will leave inflation on the backburner.

And in the case of any future economic crisis – whether caused by an epidemic or a natural or manmade disaster – cash transfers of money created by the central bank to individuals and companies will be expected. The COVID era precedent cannot be undone.

If an inflation cycle is starting, it will last for years. And only when the pain is widely felt will policymakers seek to crush it. In some countries, double digit price rises will have been registered by then.

For Japan, the good news would be that the Bank of Japan might finally hit its 2% inflation target.

The COP-26 climate conference in November was, predictably, a failure.

The Paramount Leader of China, the world’s largest polluter, did not show up at all, being busy at home greenlighting record levels of coal production to cope with freezing conditions in northern areas. Prime Minister Narendra Modi of India, the world’s third largest polluter, did attend and made sure that in the final agreement the words “phasing out” of coal were changed to “phasing down”.

How could it be otherwise? As we reach the point when actions are expected, not just fine sentiments, it becomes more likely that poorer countries in particular will back away from the rich country consensus.

Even in the richer countries, some governments may get the jitters as the true cost of the green energy transition becomes increasingly clear to their electorates.

In his book The New Map (Penguin Press, 2020), energy expert Daniel Yergin concludes that “oil will maintain its preeminent position as a global commodity, still the primary fuel that makes the world go around.”  That is now a minority view, but what if he is right?

American shale companies are producing much less than before due to bankruptcies and ESG restrictions on capital availability. For the Western oil majors, years of ESG-driven underinvestment in global capacity makes supply less responsive to price signals.

These are the factors that have driven the oil price up from the absurd “inverse bubble” of minus $37 dollars for a barrel in April 2020 to its current level. But what would happen in the eventuality of a full opening of the world economy, with planes packed with tourists criss-crossing the world and offices packed with busy workers?

We could be heading for the outrageous price levels of 2008 in no time at all.

In Praise of Reality: The Tiger Roars in ‘22

We are living in an era of unprecedented change, or so we are told. Personally, I have my doubts. Trains represented dizzying change. For the first time in human history, people were able to travel faster than on the back of a horse. Planes were a change. Traveling to the moon was a change.

Electric cars, by contrast, have been around for half a century. The Facebook business model of free products in exchange for advertisements is not that different from how commercial TV works. Zoom calls are just a cheaper version of videoconferencing.

Hyping up present day phenomena in comparison to the past is so common that we hardly notice. Such is the case with COVID-19, too.

With the dominant variants declining in virulence, it is possible that 2022 is the year in which we finally learn to live with the disease and restrictions can be lifted. If so, to what extent will our world have changed permanently and to what extent will the “old normal” reassert itself?

Working from home is more convenient and saves commuting costs, but misses out the industry gossip, mentorship and camaraderie that binds an organization together.

Remote learning takes away the tension and focus of being stuck in a classroom with your peers and a bad-tempered teacher.

Remote conferences lack the one thing that makes conferences worthwhile: networking over drinks in the hotel bar.

Remote tourism leaves out the crazed taxi-drivers, smell of the streets and failed attempts to speak the language that make the experience so memorable.

The COVID era has made all of us part-time versions of Japan’s “hikikomori” social recluses. No doubt, some people will have got used to a virtual existence and may choose to move into Mark Zuckerberg’s “metaverse” permanently.

Others will want to make up for lost time and party louder ー and longer ー than ever before, newly conscious of the unprogrammable pleasure of interacting with real people in the way it has always been done.

That seems to be what happened 100 years ago when the Spanish Flu, a far worse plague on humanity than COVID, finally fizzled out. Next up was the Roaring Twenties, a byword for hedonism, technological innovation, free-spirited women and artistic experimentation.

There’s no reason why it shouldn’t happen again. Let’s hope the Year of the Tiger can echo that Jazz Age roar.