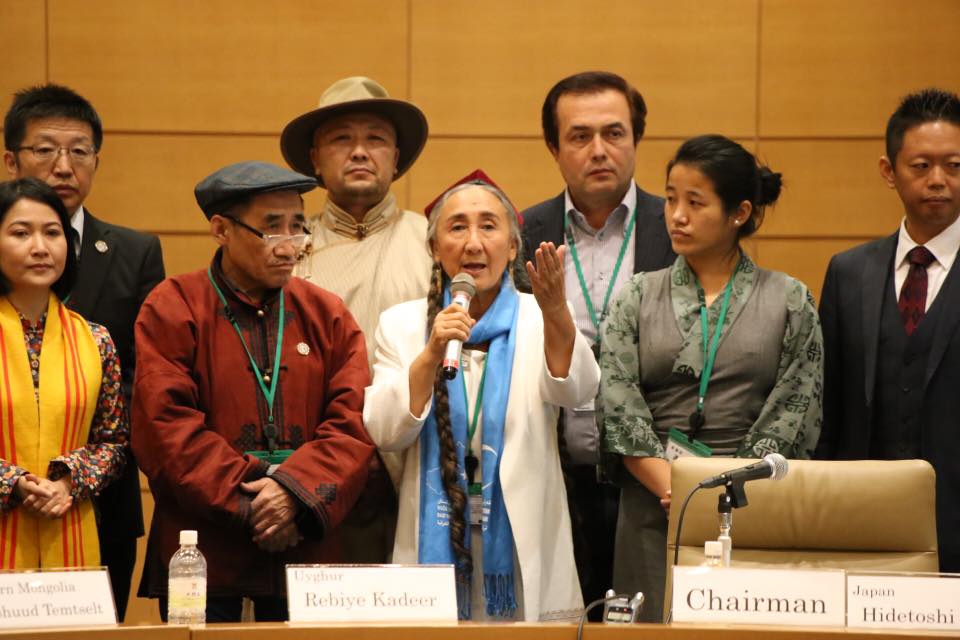 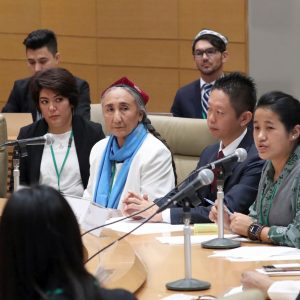 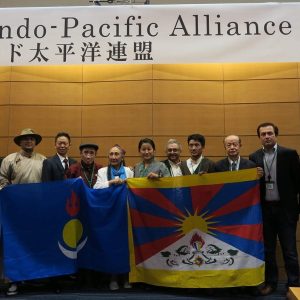 FIPA — the Free Indo-Pacific Alliance — has begun giving persecuted minorities in the People’s Republic of China (PRC) a chance to tell the world their stories in their own words, and to bring together free peoples to counter Chinese aggression.

Because of the tight control the PRC maintains over information, much of the reporting on minorities in China has been done by outsiders, often with little input from the minorities themselves. This makes FIPA’s advocacy all the more timely.

In October of 2018, representatives from Tibet, Uyghur, Southern Mongolia, Taiwan, India, Vietnam, and Japan assembled in Tokyo at the National Diet building to mark the founding of the new initiative.

This new organization based in Japan is working to maintain freedom in East Asia, Southeast Asia, and beyond by bringing together people caught up in China’s growing religious and ethnic oppression. The group is organizing conferences throughout the Indo-Pacific region to raise awareness of the problem.

Millions of Uyghurs in Concentration Camps

The Diet building in Tokyo was a particularly appropriate venue, because the name Free Indo-Pacific Alliance reflects the concept of the “Free and Open Indo- Pacific Strategy” advocated by Prime Minister Shinzo Abe and United States President Donald Trump. FIPA, along with the Free and Open Indo-Pacific Strategy, are direct challenges to China’s One Belt, One Road debt trap.

The organization of FIPA leadership also reflects current geopolitical realities. The inaugural FIPA president is Ms. Rebiya Kadeer, an exiled Uyghur leader. China has more than one million Uyghurs in concentration camps, making the Uyghurs one of the most brutally-persecuted groups on the planet today.

Speaking from firsthand information, Kadeer explains that there are actually between five and seven million Uyghurs incarcerated in their own homeland. These concentration camps — which the PRC euphemistically refers to as “Re-education Camps” — have been criticized by U.S. Vice President Mike Pence and the United Nations Human Rights Council.

PRC Oppression In the Last 70 Years

Lhagyari Namgyal Dolkar claimed, “China is erasing Tibet’s history by massacre and executions, and they’re brainwashing people into thinking that the Chinese history education is correct.” In Tibet, the number of self-immolation protests has risen to more than 150 since 2011, according to the International Campaign for Tibet.

As scholar Yang Haiying has detailed at length in his many academic books, the PRC engaged in what he terms as “genocide” against the people of Mongolia.

The PRC ruthlessly crushed the native leadership, religions, and cultures of Mongolia and Tibet during the second half of the 20th century, and is now setting its sights on Japan.

Hidetoshi Ishii, who was selected as chairman of the inaugural meeting in recognition of his contributions to the founding of FIPA alongside Kadeer and Temtselt, said, “We will fight against Chinese expansionism and human rights oppression through various ways.”

“This is only the beginning,” Ishii said. “From now on, we will have more and more participant nations from throughout the Indo-Pacific region.”

A Clear Contrast to Appeasement

Until now, each religious group, ethnic tribe, or nation threatened and persecuted by Beijing had worked separately to resist the Chinese Communist Party. However, the size and organization of such movements varied, and there was little, if any, international coordination. Even press conferences were a challenge for forces so disparately scattered. FIPA aims to become the new hub for their efforts.

Mainstream news organizations in Japan, such as The Sankei Shimbun and NHK, covered the inauguration of this new organization. Many noted the significance of the date of the inaugural FIPA conference — the same day Japanese Prime Minister Abe met Chinese President Xi Jinping in Beijing.

In the Beijing summit Prime Minister Abe stressed cooperation over competition with his Chinese counterpart. The FIPA conference taking place in Tokyo, however, made it clear that cooperation with a country that systematically oppresses minorities and puts religious followers into concentration camps is impossible.