From Internment Camp to Princeton and Stanford: Okimoto's American Journey

Before Dr. Daniel Okimoto, a second-generation Japanese American, became professor emeritus at Stanford University, he lived through a life of struggles that required not just physical hard work and intellectual prowess but resilience of spirit. How would you have felt if a rich white woman laughed at your youthful ambition to get into college and become a diplomat because she thought you didn't stand a chance?

JAPAN Forward recently had a one-on-one interview with Okimoto, who is pushing for Japan to make its mark in technological innovations in Silicon Valley. He founded the Silicon Valley Japan Platform or SVJP, a non-profit organization designed to build bridges of collaboration between Silicon Valley and Japan.

We serialize his interview in five parts. Here, Okimoto tells editor in chief Yasuo Naito how, at Princeton, he was introduced to Japanese literature by Jun Eto, a brilliant young literary critic. The latter assigned several Japanese classics, including the Tale of Genji and Manyoshu, as well as modern works, including Akutagawa Ryunosuke’s short stories, Tanizaki Junichiro’s Makioka Sisters, and Natsume Soseki’s I am a Cat. It was a fascinating journey though a millennium of Japanese literature.

Okimoto also was fortunate to have had as his junior seminar advisor George F. Kennan, distinguished diplomat, erudite analyst of world affairs, and architect of the “Containment Doctrine” which served as the framework for American foreign policy over the course of the Cold War from 1947 to 1991.

Kennan gave Okimoto a decisive piece of advice: go to graduate school to earn a PhD instead of going to law school. Concentrate on studying one country in depth: Japan—just as Kennan had concentrated his studies on Russia and the Soviet Union. 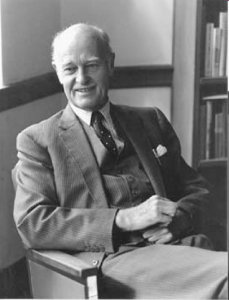 Part 2: Okimoto on Life in America: Realizing Dreams That Eluded Our Issei Parents

Until the age of 12, I had always lived among Japanese Americans. Living among people of my own ethnic heritage felt natural and comfortable. I didn’t have to worry about being called “Jap.”

At the age of 12, however, my family moved from San Lorenzo, a small rural community, to Pasadena, a much larger suburb near Los Angeles.

While the grammar school in San Lorenzo had 200 students, 2,400 students attended my middle school in Pasadena. Gigantic: that’s how John Marshall Junior High looked and felt on the first day of school. It was another challenge.

Pasadena was an affluent city. Many of my classmates were the offspring of middle-class professionals—doctors, lawyers, dentists, business executives, accountants, teachers, city and state officials, and owners of small businesses.

As my parents were Christian ministers, earning extremely low salaries, I may have been the poorest kid in school. Yet, I never felt embarrassed about being poor.

In fact, when I saw how easy life was for my classmates—rich kids who had never faced much adversity, I felt a curious sense of reversal: of being blessed! Yes, I was financially poor but, spiritually, I felt supremely happy.

I was a believer in the saying, “The best things in life are free!” 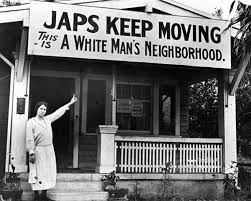 Even today, as a senior citizen, material possessions aren’t nearly as important as having fulfilling relationships and being able to serve others.

My parents arrived in the United States in 1937. Yet, because they lived and worked in the Japanese-speaking community, they never mastered English. They spoke to me in rudimentary Japanese. I replied in plain English.

My parents were extremely strict in raising their children. They never tolerated lying, cheating, acting selfishly, or being lazy.

I tried hard to avoid being called “namakemono”—or “lazy.” The way my father invoked “namakemono,” the word seemed to drip with disdain. He considered lazy people to be underachievers. 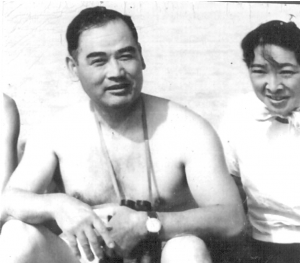 To support a family of six, my father held two jobs. During the days, he toiled under the hot Southern California sun as a gardener. At night, and over the weekends, he spoke from the pulpit as the Japanese-speaking minister at a Christian (Protestant) Church.

He worked around the clock. Throughout the year. No vacations. No sick leaves. Compared to my father, I felt like a “namakemono.” Maybe that’s why I dreaded hearing the word.

On Saturdays, my older brother, Joe, and I accompanied my father on his gardening route. Of course, I wished that I could be out with my friends playing baseball or basketball. Or going to the beach to do some body surfing. But I was stuck gardening.

One day, in 1955, a wealthy old woman, who lived in an expensive home in the upscale community of San Marino, where my father did gardening work, asked me, “What work do you want to do when you grow up?”

It was an easy question to answer.  “I want to be a diplomat.”

“Where do you want to go to college?” she asked.

My answer caused the wealthy old woman to burst out laughing, as if to say, “You don’t stand a chance of getting into Cal Tech.”

Her laughter was humiliating. It conveyed a tacit message: resign yourself to a life of manual labor.

As I walked by one of the bedrooms in her San Marino mansion, I noticed a big, red-and-white banner hanging on the wall: “Stanford.” And on the back windshield of her Cadillac car was a sticker: “Stanford.”

A feeling of revulsion welled up. I hated Stanford. I vowed that I would never go there.  A rich, white school. Not meant for me.

Little did I know back then, in 1955, that, 20 years later, I would wind up spending more than half of my life—42 years—teaching and doing research at Stanford. Yes, it’s one of life’s ironies. After 42 years, I have been converted into a native son of Stanford. 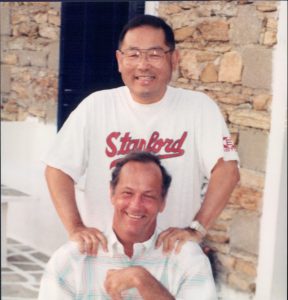 For college, I chose to travel across the North American continent to enroll at Princeton University. Half of my 800 classmates had graduated from elite private schools—like Andover and Exeter. The other half had attended anonymous public schools.

I discovered that the private school graduates—“preppies”—had a two-year head start in terms of their academic preparation. It meant that I faced tough competition in classes like Physics, Economics, Philosophy, and Modern European Literature.

In Physics, which I had never taken in high school, I came close to failing the mid-term examination. For the first time in my life, I stood face-to-face with the prospect of failure. It instilled a haunting fear. I reacted by doing what my father had taught me to do: work longer and harder than anyone else.

I hit the books around the clock. I went to bed, exhausted, at 2 or 3 AM, and woke up at 6 or 7 AM to attend classes and to cycle through another day of relentless study. Like my father, I hardly took any time off. I studied especially hard during the Christmas and New Year holidays, because final examinations took place in early January.

The fear of flunking out prompted me to talk in my sleep—something that I had never done before. When I asked my roommate what I said in my sleep, he said, “Mom, Dad, forgive me for failing.”

That was how deeply the fear of failure was lodged in my subconscious. I never wanted to repay my parents for a lifetime of sacrifices by flunking out of school. That would have been the ultimate act of disrespect.

Going to the East Coast for college and graduate school took me out of my comfort zone. No connections to my Japanese roots. No Japanese food. Only the fear of failure and cutthroat competition.

The Ivy League was another formidable mountain to climb. Adversity. Either it would cause me to grow stronger or it would crush my resolve and spirits.

Fortunately, the hard work paid off. I didn’t flunk out of Princeton. Every year, college got easier. By the time I graduated—in 1965—I had developed some confidence that I could compete with the smartest and most talented people in the country.

That foundation of confidence has given me the motivation to assume the high risks of seeking to achieve higher goals. It has allowed me to “dream big.” I’m sure the scope of my ambitions would have caused the old woman in San Marino to break into gales of laughter.