Okimoto on Life in America: Realizing Dreams That Eluded Our Issei Parents 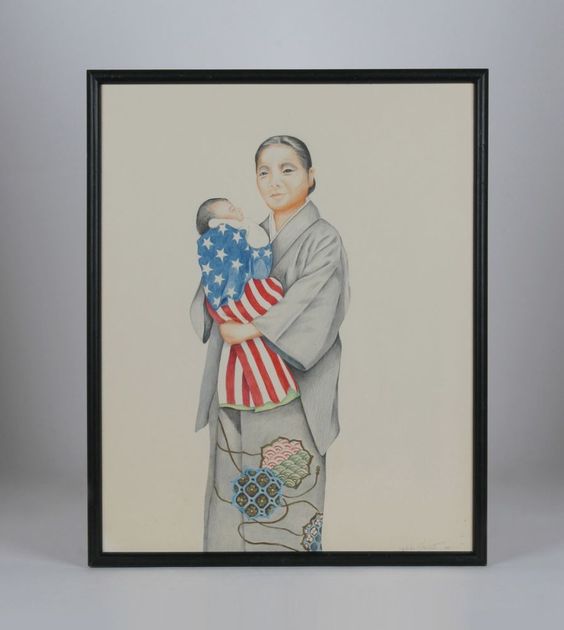 Daniel Okimoto as an infant wrapped in the American flag in his mothers’ hand at Santa Anita Racetrack. The picture was painted by Okimotos’ sister, Ruth Yoshiko.

JAPAN Forward recently had a one-on-one interview with Dr. Daniel Okimoto, professor emeritus at Stanford University. A second-generation Japanese American, Okimoto is pushing for Japan to make its mark in technological innovations in Silicon Valley. He founded the Silicon Valley Japan Platform or SVJP, a non-profit organization designed to build bridges of collaboration between Silicon Valley and Japan.

We serialize his interview in five parts. Here are his thoughts, as told to editor in chief Yasuo Naito.

I happened to be born at the Santa Anita Racetrack, located only 21 miles from downtown Los Angeles. Santa Anita is a metaphor for the historical ordeal of wartime internment. Fittingly, 1942 happened to be the Year of the Fiery Horse (Chinese astrological calendar).

In August 1942, 120,000 people of Japanese ancestry living on the West Coast—more than 67% of who were American citizens—were herded into wartime assembly centers. No one knew how long the 120,000 “refugees” would be kept confined or what would happen to them in the future.

Amid the atmosphere of anxiety at Santa Anita Racetrack, Reverend Tameichi and Kirie Okimoto, both ordained Christian ministers, recalled the biblical story of “Daniel in the Lion’s Den.” The parable seemed to symbolize the dangers facing the Japanese and Japanese American “refugees.” 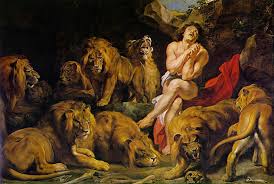 It was assumed that the savage lions would tear Daniel apart; but miraculously, Daniel survived the night because of his unshakable faith in God. The parable prompted my parents to give me the name, “Daniel.” The name captured the foreboding circumstances facing our family in the summer of 1942.

The Pacific War was the most destructive conflict in history. It gave rise to racial stereotypes and nationalistic hatred. We were called “Japs” and treated as “enemy aliens.” 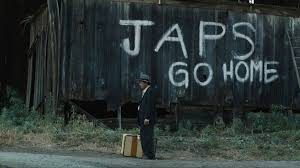 Nevertheless, my parents and other issei immigrants, who had had all their worldly possessions confiscated by the US government—especially their freedom and constitutional rights, never gave up hope that bilateral relations would improve someday. My parents had hoped their third son—Daniel—would dedicate himself to improving US-Japan relations.

Only two weeks after my birth, my family and I were put on a black, smoke-belching, one-way train to an unknown destination.

The windows were boarded up so that no one could peer outside. As it was late August—the hottest month of the year—the temperature inside the train rose over 120 degrees. 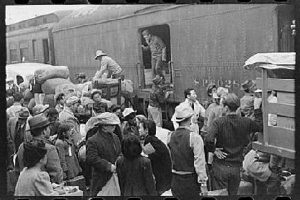 As a two-week old infant, my body became overheated and I was having trouble breathing. Fearing the worst, my mother pled with the military guards to allow me to be placed in an incubator where I could breathe. They gave permission. It saved my life.

The one-way train chugged through the sweltering Arizona heat and dumped everyone out at Poston, a God-forsaken spot in the Arizona desert, sparsely populated by a small tribe of Native Americans, cactus plants, coyotes, poisonous insects, and reptiles.

Scorpions, in particular, posed an ever-present danger. Whenever we put on our shoes, we were told to turn them upside down and shake them vigorously in order to expel any scorpions that might have slipped in.

The Poston community consisted of 18,000 Nikkei detainees. It was the largest of the 10 wartime internment camps. 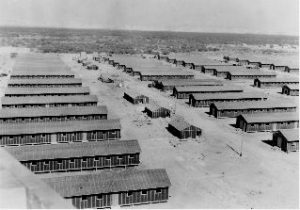 We all lived in miserable little barracks built out of wood and tarpaper, providing little protection against the searing summer heat of summer and the penetrating cold of winter.

In the small room into which our family of six had to squeeze, my father built partition walls to provide a modicum of privacy. But no one in Poston had any privacy.  Everyone had to use common showers, toilets, and mess halls.

Outside our barrack door, my father cultivated a small garden of flowers, vegetables and fruit. The Arizona desert offered fertile soil and a hot climate to cultivate watermelon.

Even to this day, more than 70 years later, watermelon remains among my favorite fruits. I still associate watermelons with sweet juice that made the hot desert days seem temporarily bearable.

I deeply admire the issei and older nisei who had to make a far more difficult adjustment to the deadening life inside internment camps (like Poston) than the gaggle of pre-teenage youngsters (like me).

Imagine the shock of losing all your material possessions, your means of livelihood, and your sense of human dignity.

Imagine having to endure the debilitating impact of imprisonment and isolation in the desolate Arizona desert. All because of a war in the far-away Pacific that Japanese in America had absolutely nothing to do with.

It’s amazing that there weren’t more riots and overt conflicts, more outbursts of despair and depression. More suicides.

What the wartime internment camps elicited, instead, was a sense of stolid resignation —“gaman”—as if to say, “There’s nothing we can do about our predicament.” 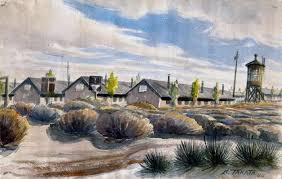 The cragged reality of incarceration also gave rise to a disposition of denial. During and after the camps, the issei generation avoided bringing up the subject of internment. I can count on my two hands the number of times that my parents talked about the wartime internment. To the extent that the subject was mentioned at all, it was usually mentioned in connection with the names of close family friends who had lived with us in Poston, Arizona.

Instead of wallowing in self-pity or spinning out narratives of victimization, the Nikkei in camp sought to make the best of a situation out of their control.

My Christian parents never lost faith in God’s divine providence. Throughout the internment experience, they continued to believe that God was with us, even in moments of despair.

My father, who had taught himself a little bit of Hebrew so as to be able to read the Bible in its original language, carved out an Old Testament proverb on a wooden plaque: “God Is With Us.”

Poston never caused my parents to lose faith in the United States. From the first day of their arrival in San Pedro, California, to the last days of their lives, my parents firmly believed that the US was the best place to live.

America was the land of Abraham Lincoln, president who liberated slaves. America was an open society that offered their four children the fullest opportunity for educational and social advancement.

By example and by words, my parents showed their children the remarkable power of resilience (“gaman”).

My father used to remind us that adversity is a test of character. Either adversity can make you strong, or it can weaken and crush your spirits. It all depends on how you react—your attitude, your resolve, your capacity to adapt. In short: your character.

The Okimoto children, like most of our nisei cohorts, derived a powerful sense of motivation from the adversity confronting us—including wartime internment camp and the remnants of discrimination in postwar America.

The second-generation Nikkei have witnessed, and will never forget, the back-bending labor and untold sacrifices that our issei forbearers have made on our behalf.  We understand that if we work hard—harder than our peers—we will have a chance to realize the dreams that eluded our issei parents.

We owe an enormous debt of gratitude to our older nisei brothers who volunteered to serve in the US military at a time when their families were denied their basic rights of American citizenship. Not only did they fight courageously for their motherland, the United States; but in the process, they also won the respect and gratitude of all Americans.

The 442nd Infantry Regiment, comprised entirely of Japanese Americans, will be remembered as the most decorated fighting unit in US history. Thanks to their valor, the gates of opportunity for all future generations of Americans of Japanese ancestry have been pried open. 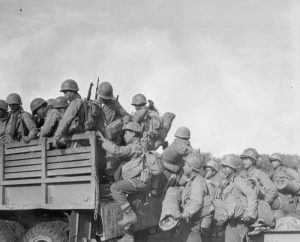 For many years, as a student of history, I had considered the wartime internment of people of Japanese ancestry to be one of the most egregious episodes of injustice in American history. I continue to hold to that belief.

Yet, I could not have been prouder to be an American than when the US government issued an official apology in 1988 for the grave injustice of incarcerating people of Japanese ancestry, whether citizen or immigrant.

It’s hard to imagine the government of any other country having the conscience to deliver a formal apology.